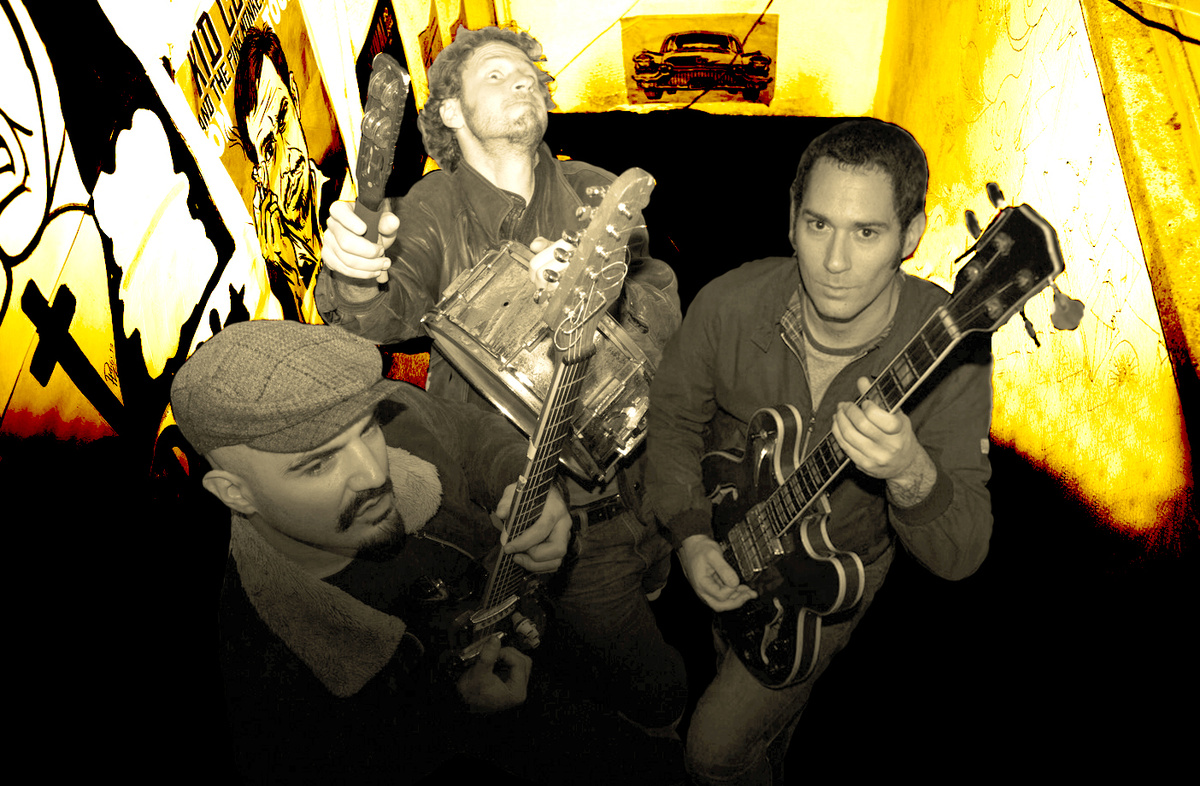 The Black Needles, one of Sao Paulo, Brazil's leading exponents of the garage punk sound, are coming to the UK this week at the end of a 20+ date European tour in support of their newest album SonicMass. In advance of their gig with Oh! Gunquit at the Franklin Rock 'n' Roll Club we got in touch with Jonas Morbach from the band to find out a bit more about them and the scene they're part of.

MG - Having not heard of the Black Needles before seeing your name on the poster for your Edinburgh show can you begin with a brief history of the band? With only two albums released over five years I’m presuming that playing music isn’t how you manage to make a living so I assume you each have a day job as well?

JM - The band got together sometime around 2007, giving in to this never ending urge to play music - old pals, new times, meet up again, pick up the ashes of old music tastes, of old almost-there bands, memories of bad road trips and great road trips, good times, bad times, and feeling then was a time as good as any to start it all over again. The band certainly does not pay the bills, all members have other activities for both money making as well as adventure chasing, for some folks in the band those activities are almost a hundred percent music related, for others other stuff. Still, all of us have been playing in bands since very early teenage years to present day without a break.
MG - Would you say that Brazil has a large and active garage punk scene (or a wider Sixties scene for that matter)? Are there any other acts from Brazil that fans of the scene should check out?
JM - Brazil has always had a big movement of bands - punk, metal, garage, alternative, '60s, glam, mod, goth or whatnot, besides of course a lot of local music not related to underground. And it is a very big country, so it has a very big number of bands. Still, being the chaotic place it is, underground movements suffer from the same ups and downs everything else does there, you can be in places in Brazil for a few years and see an uncountable number of good gigs and interesting things, from there as well as international stuff. Then the next 5 years can be boring as hell. Then things get back on their feet, then gone again, and so on.
To name a just few groups playing great music from our hometown São Paulo: Human Trash, Os Subterrâneos, Jesus And The Groupies, Os Estilhaços, Bloody Mary Una Chica Band, Os Haxixins, etc.
MG - Have you played in the UK before this tour?
JM - We played in the UK for the first time after releasing our first LP back in 2010, real fun times. It is for sure a thrill for us to play in one of the main R'N'R places in the world. Best gig in that tour and definitely craziest night of our first UK tour was in Leeds, playing with our pals The Jesus Loves Heroin Band from Sheffield, and a couple other local bands we didn't get to see due to arriving in town late. Packed club, real great shows, and memorably crazy people, in the crowd, and everywhere else in town. We tried to go all the way up to Scotland at that time, didn't work, this time it did.
MG - How important do you think sites such as bandcamp are for bands like yourselves?
JM - We just made a bandcamp site for the release of the new album [see link at the top of the interview], the site for us is new. Good tool indeed, it's the way it works these days. We always had those in the time they're the main thing, MySpace a few years ago, this and that, never the newest hip-est thing though, just whatever people have been using, good tool, yet not so different from how it worked with underground music before the web, a short while ago it was all about printed catalogs, mail-sent records tapes and CDs with handwritten letters etc. Same thing, today things are just a little faster.
MG - Many thanks Jonas for taking the time whilst on tour to fill out our knowledge of the Black Needles and we look forward to your show in just over week's time. The Franklin is pretty compact and you’re on the same level as the audience when you play so usually that makes for a really good show. The sound always seems to be really well mixed also so I think you’ll have a good night when you’re here.
JM - Good to hear! Here are the remaining dates of the tour: