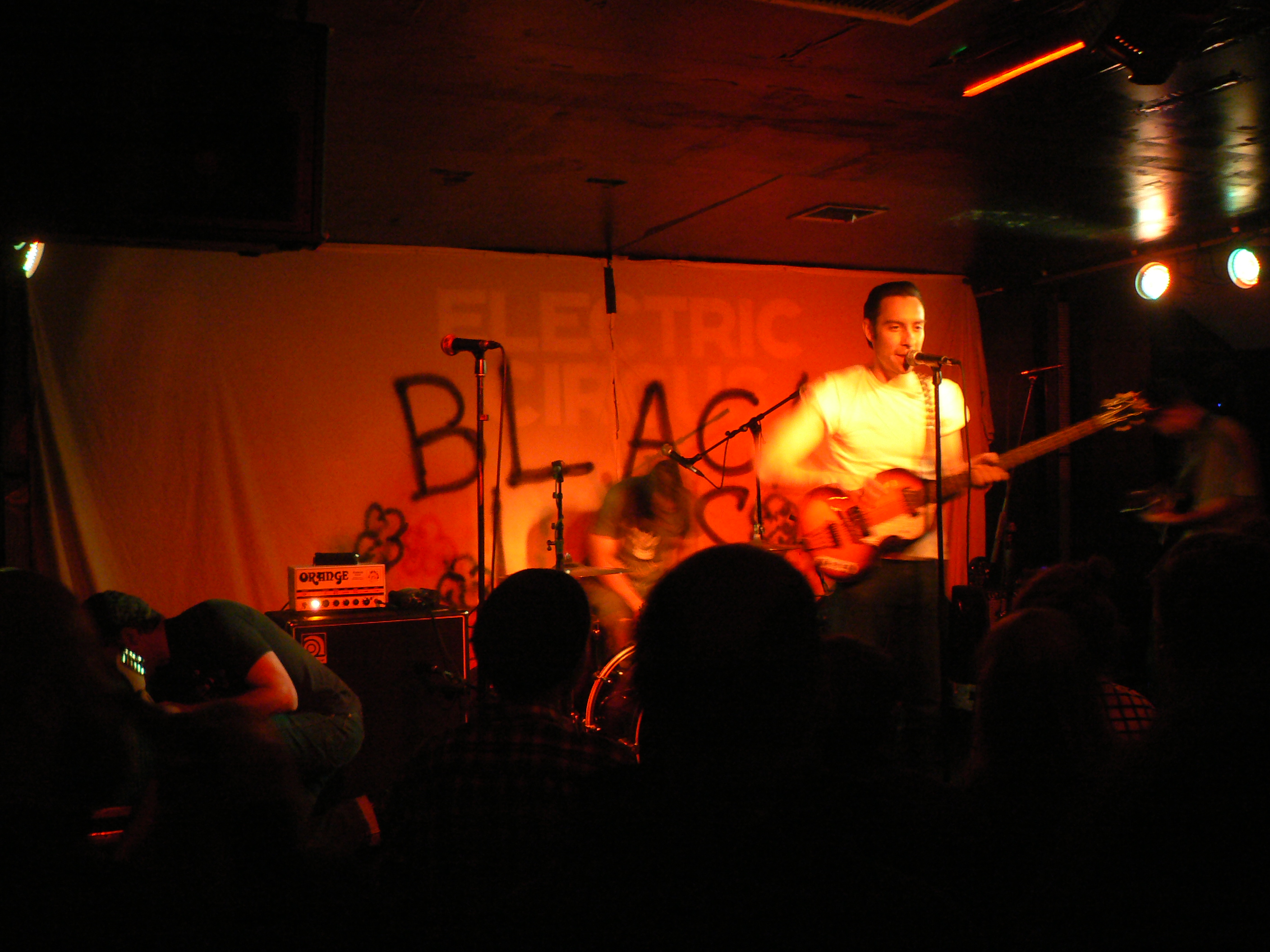 Kicking off with ‘Family Tree’ & ‘Modern Art’ from previous album Arabia Mountain, the Black Lips brought their Underneath The Rainbow show to a packed and very receptive Electric Circus just before Hallowe’en. Which explains the guy right at the front of the stage in the pumpkin helmet.

Having of late been surprised at the lack lustre nature of Edinburgh audiences tonight’s performance is strong enough to inspire scenes seldom seen since the closure of the much loved Venue – stage diving, crowd surfing, pole climbing & finally a full on stage invasion (forcing Jack Hines to remove a couple of punters lest he be squished).

Seemingly sponsored by Andrex, given the number of loo rolls being flung across the stage, the band took no time to whip the crowd into the seething mass that was required to birth the above mentioned interaction. Add to that their own balloons being bounced around all over the place and the atmosphere was ripe for raucous but good natured partying by all concerned.

Looking more clean-cut than when last seen three or four years ago in Glasgow, the quartet’s easy blending of Fifties attitude with punk from all eras saw later songs in the set (including ‘O Katrina’, recent single ‘Boys In The Wood’ and a slight tease of ‘Dirty Water’) successively meet with heartfelt cheers and resounding applause. Banter was in short supply but inter-city rivalry was stoked when the Glasgow crowd was unfavourably compared with tonight’s throng. This time though you could well believe that was no empty compliment.

True to the punk ethic there was no encore after they’d blasted through 60 minutes but all four of the guys were in evidence upon leaving the venue, engaging with passing fans & no doubt keen to try out a pub or two before closing time. If anyone in the city deserved a pint tonight it was them so fingers crossed they found plenty.