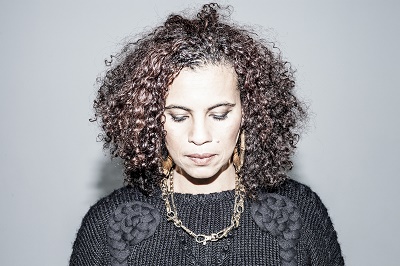 Eighties art-pop badass, Neneh Cherry enters stage right in Camden’s Electric Ballroom, dancing and spitting guttural, animal shrieks. She is poised and deliberate, but at the same time displaying the same wild abandon she displayed on her 1989 debut, Raw Like Sushi. Hair flying as she dances around to lead single from 2014’s Blank Project, ‘Out of the Blue’ or bouncing up and down to the one-two club beat of ‘Weightless’, Neneh Cherry is an unstoppable force. Performing (almost) exclusively material from 2014’s Kieran Hebden-produced new album, with her relentless optimism, honeyed voice and some pretty feral dance moves, Neneh Cherry is most definitely a woman to be reckoned with.

Far from a retro rehash of her brash heyday, Blank Project album is as current as you would expect with Hebden on production and Grammy winning, Britney Spears-enthusiast Robyn guesting on vocals, combined with electronic power bros rocketnumbernine on drums and keys. The album is propeller-beat jazz/dance bedrock underneath snap-crackle vocals and one-two couplets. But although the dubby dance of Blank Project sounds aeons away from the brat-sass of Cherry’s earlier work, the same undercurrent still runs through it. Whether it’s the sinister, slow drawl of ‘Spit Three Times’ or the references to her menstrual cycle on that album’s title track (‘On the twenty-eighth day/He is my victim’), Cherry’s lyrics carry a power and urgency that is unmistakably her. Blank Project is new Neneh, and just like 2012’s collaboration with Scandi-jazz trio, The Thing, it sounds like a continuation of a style as well as a clean slate. There is still a distinctive Neneh Cherry running through her work for all the decades she’s been making music (four by the way, thanks for asking).

In an era when pop stars are accepting more of a commitment to feminism is necessary to effect a change, it’s sometimes nice to be reminded that women in popular music kicked ass a fair amount of time before Beyoncé performed at the VMAs. And to be honest the person to remind us that, is probably the woman who performed on Top Of The Pops in her third trimester, won a BRIT award and then melted it down to make herself some jewellery.

Halfway through the gig, Cherry exclaims, ‘Ok we’re going to get a bit old school now’ before getting changed onstage into hi-tops and launching into her 1989 hit, ‘Manchild’. One is struck by the realisation that the passing of time seems to not have any meaning for Neneh Cherry, a woman who took some time off to hang out with her kids and then got unapologetically back into music a decade later, just because that’s what people do. As the night ends, Cherry and the brothers Page return to the stage for an encore, and with her declamation ‘I’m 51 this year… this song is 25 years old’, the force that is Neneh Cherry performs an electronic, arpeggiated version of ‘Buffalo Stance’ to a rapturous crowd. And she does not give a fuck. Here’s to Neneh Cherry.