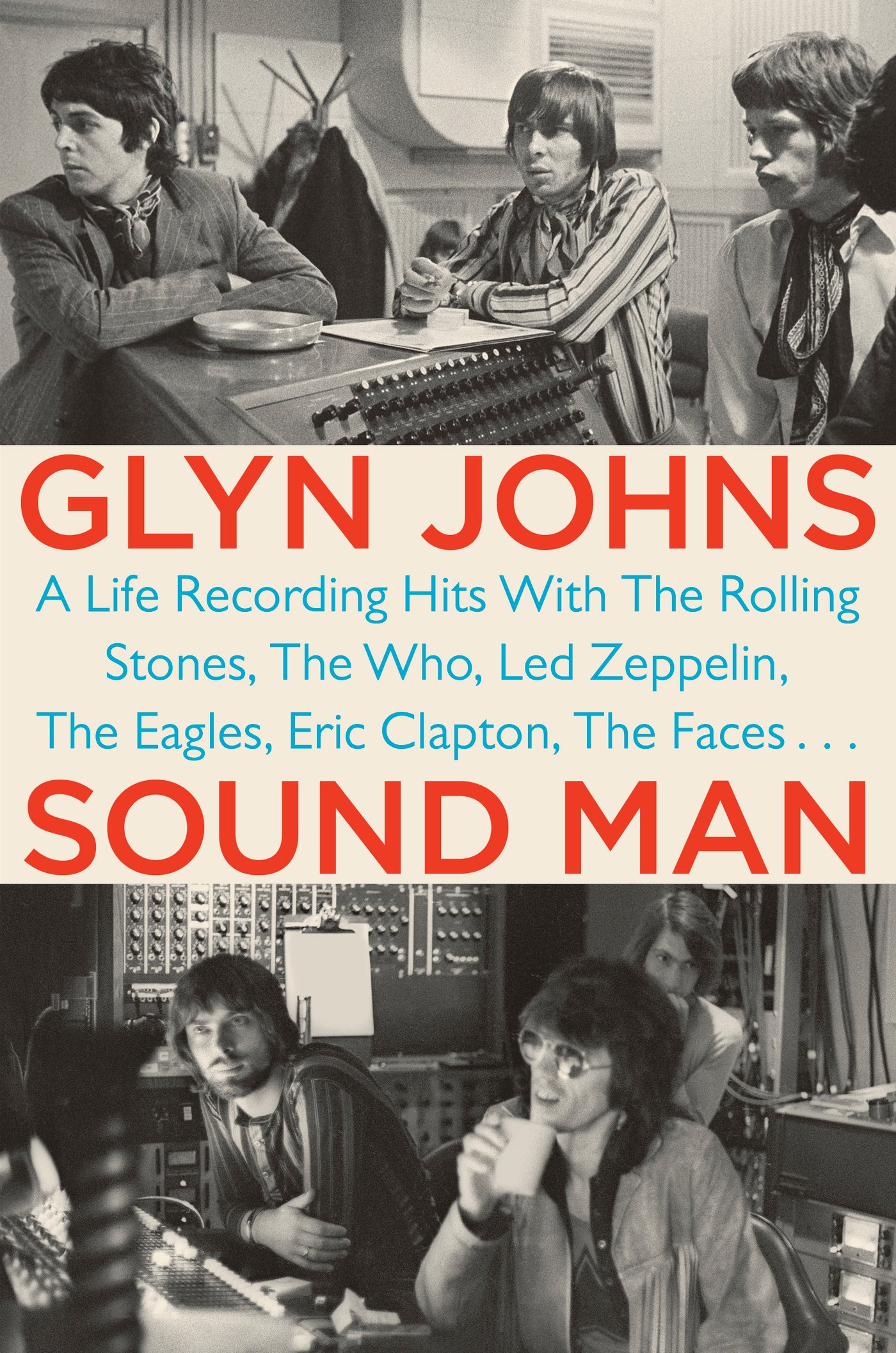 If there were more people in the music industry like Glyn Johns, it probably would be a far more pleasant and productive sector, good news for those creative types, as well as us fans. In his fantastic autobiography, Sound Man, Johns takes us through his life’s work with some of the most celebrated names in the history of popular music.

Focusing squarely on Johns’ career, the book mentions little of his personal life unless it is important to the story being told (so, instead of a trove of anecdotes about his family, we learn that his brother went on to be a fantastic engineer and producer, as did his son). Similarly, given the names and faces present on the cover, which include Paul McCartney, The Rolling Stones and Led Zeppelin, one would be forgiven for expecting tale after tale of rock and roll excess. Those looking for dirt to be dished will be disappointed in this, as Johns makes it very clear from early on in the book that he was not one for excesses, referring to himself as ‘straight laced’ or words to that effect on numerous occasions.

At the same time, this is no text book. Barring a short discussion surrounding how he stumbled across his favoured method for recording a drum kit whilst engineering the first Led Zeppelin album, there is very little geeky studio speak used in the book. Perhaps even after all these years, Johns is reluctant to share his trade secrets.

Instead, readers are treated to a fascinating insight into how the music industry has changed from a recording perspective over the past fifty years. Whilst Johns is a man clearly rooted in the halcyon days of stereo recording, cutting his teeth in studios in the '60s and exploring the capabilities of 8 and 16 tracks in the '70s, he has little time for the use of modern technology to isolate and record musicians separately, preferring to work in the old fashioned ‘live’ way, which sees him still in demand today to produce albums, although he is winding down his career now.

Each chapter refers to a certain artist or period in Johns’ career, and as such the book is not presented in strict chronological order. Throughout the book, Johns’ sense of humour permeates every page, from his opinion on Phil Spector’s production on ‘Let It Be’ which he engineered, to his time spent travelling around in the early days with the Rolling Stones.

This is certainly no Hammer Of The Gods style study on sex and drugs, Johns is able to tell a great story about rock and roll. Completely devoid of ego, and written without any axes to grind, despite there still being a touch of resentment stemming from how he was cast aside by some acts, this comes across as a thoroughly enjoyable and entertaining read.

Sound Man is published on November 13 and available from amazon and iTunes.

Rate this item
(0 votes)
Tweet
More in this category: « Harvey Kubernik - Everybody Knows Mick Rock - Exposed »
Login to post comments
back to top