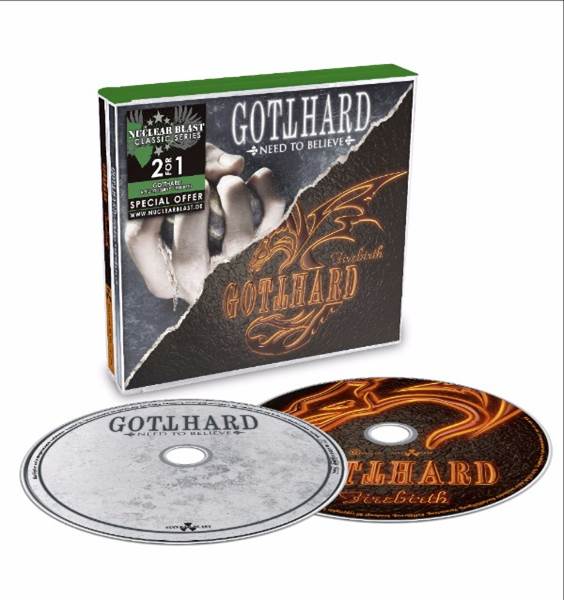 Are you missing out on your fix of ‘80s inspired cheesy hard rock? If so, Nuclear Blast have just the thing. They’re reissuing four albums by Swiss hard rockers Gotthard next month. The pair of double sets will feature two albums each with Lipservice (2005) & Domino Effect (2007) and Need to Believe (2009) & Firebirth (2012) both being released on Friday January 27.

Gotthard was founded in Lugano by Steve Lee and Leo Leoni in 1990. Their last eleven albums have all reached number one in the Swiss album charts, and they have sold over 2 million albums.

Original singer Steve Lee died in a motorcycle accident in 2010 and Gotthard released their first single with their new singer, Nic Maeder, as a free download prior to the release of Firebirth.

Lee’s voice was a mix of Whitesnake’s David Coverdale and Jon Bon Jovi and Gotthard’s music is also influenced by them as well as Led Zeppelin, AC/DC, Van Halen, Scorpions, and Aerosmith. They sound authentically ‘80s and their tunes stand up against those of predecessors.