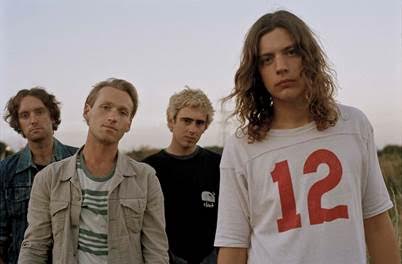 With their biggest headline tour to date on the horizon as well as shows as guests to You Me At Six and Nothing But Thieves, Vant are stepping up a gear as the year accelerates to a close.

Vant have revealed their new single ‘Peace & Love’ ahead of their November headline tour.

The single comes as the quartet have finished work on their debut album Dumb Blood which will be released on Friday February 17 2017.

Vocalist/guitarist Mattie Vant said: “We finished writing ‘Peace & Love’ in the wake of the Paris attacks. Atrocities like these are taking place worldwide on a daily basis, but it’s only when something happens so close to home that it truly grabs the full attention of our society.

“We live on a planet that has forgotten what the words ‘Peace & Love’ mean and what they stood for in the 60s and 70s. The power of the peace movement changed the world forever but our unity is starting to slip.

“‘Peace & Love’ have become throwaway words, fashion statements, cheap symbols that have lost their value. We need to reconnect with their true meaning because, more than ever, we are living in a time that really does need ‘Peace & Love’.”

You can watch ‘Peace & Love’ below:

Now available to download and stream, the latest single will also be released on a limited edition red 7” format on Friday November 25.

More in this category: « Pepperhead Release Debut Single 'See Through You' Tigercub Share New Track Ahead Of Debut Album »
Login to post comments
back to top