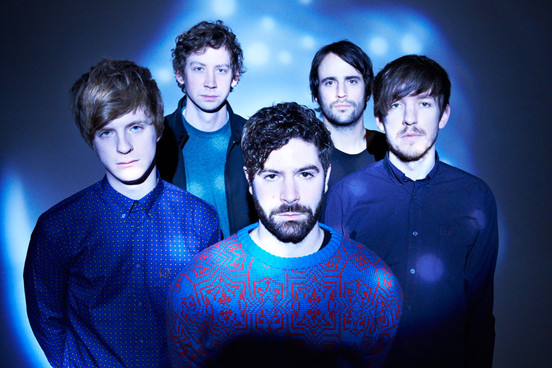 Track of the Week: ‘The Future’ by Patman (V’s Further Into)

Lets get some bass in, though not before we have the guitar and beat combo first. After that though, you can already hear it for a moment as the pace picks up on the beat and the vocals do their oh-ho-oh-ho. At the minute mark, there it is, in all it’s dancing glory, that bass that works together with the guitar and the percussion to get the people do the ditty. Then the vocals come in, singing that they have seen the Future and it will work! That’s good news (though bad if you consider it is a famous quotation from Lincoln Steffens on the early Soviet society). That all doesn’t matter, we are in Gotham now boy! After the chorus the bass comes back in full glory to get all y’all dancing once more, after which Prince does his singing thing again, which in combination with his guitar thing, and Valique’s ear for the catchy dancefloor stuff, eventually results in a nice, funky groove to get your booty shaking to.

‘Don’t You Want My Love’ by Debbie Jacobs (Alkalino remix)

Alkalino starts with the percussion, though it is the sharp guitar that steals the show early on. That guitar leads the way, with a nice rhythm combo of bass and percussion to follow. Soon enough it goes fast paced and high energy, with a super speedy drum and bass as the canvas to get the handclaps on and, at 1:30, those beautiful disco sounds that are so characteristic for the genre. At 1:45 we get the horns in too, which is always a good sign, and now it is just waiting for those strong, female vocals, which come in just before the two minute mark, singing Don’t you want, my love?. And now, who wouldn’t want your love, baby? After the vocal bit Alkalino dives right back into the bass and beat high energy, making sure the dancefloor has all it can handle. At about 3:10 the vocals return to, again, ask if you don’t want her love in all its basking disco glory, and after this set of vocals it seems as the song speeds up even more, also courtesy of the horns that come in full throttle. And rest assured, Alkalino won’t let up throughout this seven minute affair, giving you that crazy dancefloor goodness from way back when in this Debbie Jacobs edit. And now, who doesn’t want a slice of that lovin’, eh?

YACHT just started their European tour, and I was lucky enough to be there when they kicked it off with a set including this track off of their new (ace) album. Joe Goddard gets a nice bassy synth rolling, taking that as the backbone to this one. At 1:20 we actually get a little ringtone there, joining the playfulness of YACHT. At about the 1:35 mark we get a slightly paced up, rhythmic vocal, still accompanied by that bassy backbone. At 2:10 that sound is deleted, instead going for a beat as the vocals change. Instead of the rock-out in the original now we still have those vocals, but with simply a drum that morphs into that bass sound again as the track gets back to the dancey verse. Joe Goddard is from Hot Chip, so he knows how to get the catchy going, and with YACHT you’ve got some excellent material to work with, because those smart, cheeky people over there also know how to get the fun and the catchy into their songs (along with some contemplations on the future and that sort of stuff). Goddard keeps it rolling throughout the track, making it a nice fit for a bit of that dirty dancing in a disco set.

Bibio starts this short track out with some piano, looping that sound to build upon it. Soon the vocals come in, singing achingly about teary eyes, knowing that it would kill you. The vocals sound nice and removed, working together sweetly with the piano and assorted instruments. The light piano is juxtaposed nicely with some deeper piano tones, and throughout the track Bibio weaves some sounds in and out to colour it all in. You know it’ll hurt you, he sings, and the petals that turn to mush, they Still disappoint you. He’s got such a good ear for what works together, and listening to this it all fits and it all just works together to create a whole, in unity. Even the vocal delivery just matches the whole instrument thing perfectly. Apparently a teaser for a new album coming next year. Then again, how early is next year? Geez, time eh, how fast did you want that to pass? But I guess that’s kind of a theme in this song too.

‘Give It All’ by Foals (Lindstrom remix)

Put on your dancing shoes, because Lindstrom is one of those guys that you can send for a message. He knows how to get that momentum going, that loop in place, and to ride it out until your legs can’t ride it no more. He starts with a nice, full sound, adding some fast paced synths in there at one point to juxtapose the lazier sound that’s already there. Add some piano to colour it in even more, and at 1:30 there’s this nice little moment that says, All right, let’s rock. It also is a cue for the vocals to come in, though only in a whoo-hoo capacity. In the mean time the drum is still laying down the pace, the synth still gives the illusion of a faster tempo, and the little piano in there makes sure it isn’t all about the gung-ho. A bass synth then enters, giving the drums some help in the rhythm department, and then Lindstrom brings in the colour again with some piano and guitar. And this is how he does it people, getting the hypnosis upon you with this fabulous build-up full with sounds and fury, all signifying oh so much when on the dancefloor, though it is hard to pinpoint what exactly. Rest assured, he doesn’t keep that up for the entire eight minutes, bringing it back slightly just before the 4:30 mark, bringing all the rhythm sounds to a halt in favor of some vocal work on top of some keys. They ask you to give him something he has never seen, which Lindstrom apparently reads as bringing some new instruments in to offer up some new options for this fella. At the 5:40 mark he gets the beat back, this time in companionship of the vocals, and as they reach their climax he gets the bass sound in there as well to ride it all the way out. Lovely dance stuff again from one of those guys who, like the mailman, always delivers.

Hot Toddy gets the retro on with a sturdy beat and some retro synth sounds on this lush Crazy P track from his album, which was released earlier this year. Hot Toddy gets some of that Italo Disco in with those synthesizers, on top of which those beautiful, lovelorn vocals come in, contrasting the relative aggressiveness of the synths and beat nicely. And they sing that Every time she talks, and every time she sings, she wants to hear you (she’s losing her head, ya know?). Those more dreamy vocals are such a lovely contrast to the old school synth sounds Hot Toddy throws in there, which he combines with some percussion, some deeper synth sounds, but the thing that leads this is the good use of the vocals. Not drowning them out, but placing them on the right spots, and he knows how to bring in a bit of piano on occasion to help them out (which he does with some other sounds as well). After the vocals Hot Toddy keeps that piano coming, bringing them more to the fore and into the spotlight until he starts to work towards the end, when he goes for the Italo synths and the backing vocals. Apparently this is part of a Remix album based on Crazy P’s Walk Dance Sing Talk album. And, on the grounds of this, it’ll might just be well worth the spin.