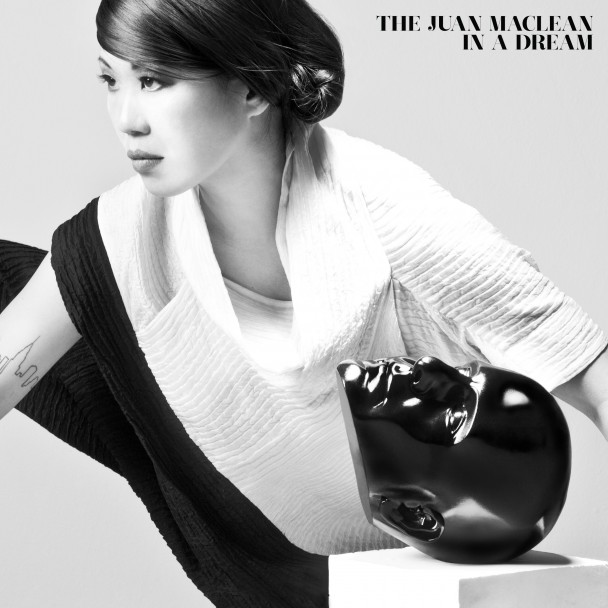 DFA Records is a household name in music, and that is not without reason. LCD Soundsystem was perhaps the band for a certain subspecies of those that came of age (or aged to thirty and upwards) anywhere from ‘Losing My Edge’ up to ‘Dance Yrslf Clean’, whilst other bands from the DFA label managed to shine with a defining single or album during that span. I’m thinking The Rapture (‘House Of Jealous Lovers’), Hercules And Love Affair (‘Blind’), but surely also some of the early The Juan MacLean singles received some notoriety in the dance corner of things (thinking ‘Give Me Every Little Thing’, ‘Happy House’, ‘Feels So Good’ and others). However, eleven housefloor bangers in a row does not an album make, and with In A Dream these DFA staples again take a stab at creating an album worthy of those superb singles.

The first two songs on the album, ‘A Place Called Space’ and ‘Here I Am’, are perhaps the outliers. The opening song takes the space theme-- something that has always been at the very heart of the band-- and runs with it into space disco territory, including a psyched out guitar solo. ‘Here I Am’ actually has soulful vocals as part of the track, and they’re the first thing you’ll hear when the song starts playing, which caused me to check if I hadn’t perhaps hit the “shuffle” button by mistake. Regardless of the quality of the song, it seems to break the album’s (and perhaps even the band’s) code. Not to say a band can only do one type of thing, but if the rest of the album you craft an identity, a certain type of mood and feel, a breach of that might snap you out of that carefully crafted world.

If the second track might snap you out of it, the rest of that album will quickly and consistently lure you back in. Some of the tracks are wistful and dreamy, others are almost apathetic and detached, but all feel like the album’s cover or something by Robert Longo. They are stylish, clean, and tight, but both in terms of style and vibe so much so that it feels industrial, urban, and emotionally withdrawn and inward. Like the Men In The City series by Longo, where the men and women are all caught and bound in their working attire. However, in the dancing/falling/dying, they are free. On this album, too, the overall feel of the sounds is “countered” by the fact that you can, will, must dance to it. And in that dancing is the emotion, the physical, the freedom. In the dancing there is both the celebration of one finding love and claiming that they’ll be “running back to you” or the (emotional) dying and falling as you “seal your love in a hideaway”.

After the fast paced, swing time ‘Charlotte’ with John MacLean lamenting that “still it counts for nothing” as he bookends the guitar solo (which, in return, bookends MacLean’s verses), The Juan MacLean aim for the dancefloor one more time with ‘A Simple Design’. It is the closes thing to a bona fide house single, masterfully executed as we’ve come to expect of them. Last time around the house single was the closer of the album (that was  the formidable ‘Happy House’), but this time the ending is not a 10 minute dancathon, but a lower paced, dreamy jam, in which Nancy Whang wistfully wonders what would happen “if tomorrow there is no tomorrow”, concluding such a thing to be impossible, as the “sun can never set on our love”. And thanks to the repeat button it certainly doesn’t have to.

In A Dream is available from amazon and iTunes.

More in this category: « Jamie T. - Carry On the Grudge Meatbodies - Meatbodies »
Login to post comments
back to top