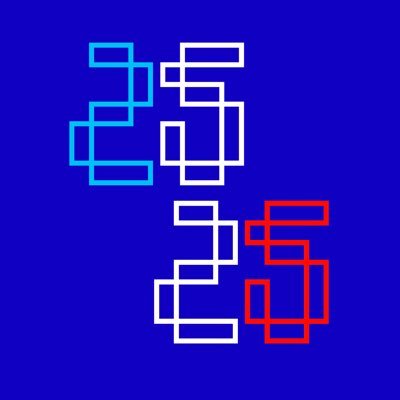 There's no school like the old school. 2525 is all ‘80s house style but with updated instruments and production. The stuttering samples and vocalisations are like stepping back in time. The London duo have said that this album is more oriented towards the dancefloor than their previous cerebral output but this is not high-energy dance. 2525 is more arty than commercial. Factory Floor’s minimalism and repetition is still present and correct. The tunes are mid-tempo with sweeping EQs and simple beats indebted to New Order and Throbbing Gristle.

There are eight tracks of cold, industrial soundscapes on 2525. Every song is a 12-inch mix with most of them over eight minutes long. The overall vibe is like the resident DJ in the hippest venue in town. There is something very likeable about the simple presentation. With so little happening every change becomes significant. This record has noticeably better production than their eponymous debut album with a fatter, warmer sound that is made to be played loud but works just as well through a phone speaker. It is more modern sounding but still with acres of space in the mix.

Factory Floor formed in 2005 and this is their second album. Nik Void and Gabriel Gurnsey have continued with the Factory Floor name following the departure of Dominic Butler and you would be hard pressed to notice any significant alteration to their sound. The progression that has happened in the three years since Factory Floor sounds organic and inevitable.

Lead single ‘Dial Me In’ is a definite standout, starting immediately into its stride with a looped bassline and four-to-the-floor beat. ‘Wave’ is a traditional, so to speak, Chicago house tune that unfurls itself over its nine-minute stretch but ultimately Factory Floor sound like master producers that don’t know what to do with their tunes and have no experience writing songs.

The slow tempo and repetitive nature of the music make 2525 difficult to listen to in one sitting. A bit of variation of tempo and tone would make it a far more interesting proposition. It has the feel of a dinner party album more than a dancefloor filler. Nevertheless, in small doses this is very danceable music. It’s hard to imagine Factory Floor being anyone’s favourite band but that’s probably not something that they care about. Like their previous album this is well worth a listen but not essential.

More in this category: « Thee Oh Sees – A Weird Exits Soilwork - Death Resonance »
Login to post comments
back to top