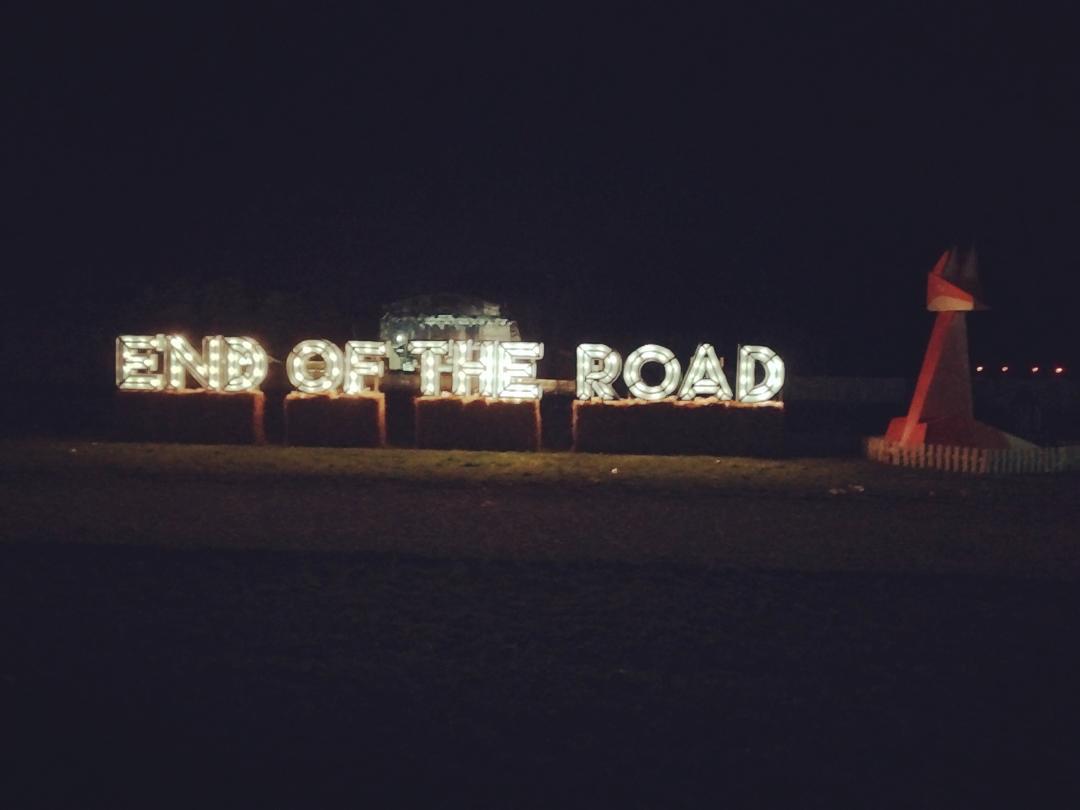 In celebrating its 10th birthday, End Of The Road remains a unique and brilliant fixture of the UK festival calendar. Housed in the exquisite settings of one-time Victorian Pleasure Gardens, EOTR has grown in recent years, but refuses to part with any of its charm. There’s a relaxed and welcoming atmosphere, but they are deadly serious about their packed and diverse line up, which showcases huge names and those in the making.

Among the free-roaming peacocks, the festival is also packed with comedy, fantastic art installations, a Forest Disco and perfect little touches. (How does a surprise performance from Laura Marling on a tiny, hidden Piano stage sound?)

In an increasingly busy festival calendar, End Of The Road stands out from the crowd, and you can see it in the enjoyment of the performers. You’ll see many of them wandering around the site before and after their sets, and there’s no wondering why.

But Friday belonged to Tame Impala, who headlined The Woods stage with a commanding and mesmerising set. They flowed through earlier, guitar-led material and the more disco-focused Currents. Opening track ‘Let It Happen’ pinned their colours to the mast for a dazzlingly trippy set, and when the stomping favourite ‘Elephant’ started, the festival really felt underway.

The night was capped off by East India Youth, who performed a spellbinding electro-pop set in the Big Top Tent.

Saturday began with the colourful Human Pyramids, who performed a wonderful, orchestral show. With a stage literally full of musicians, it was the perfect wake up call, complete with uplifting string arrangements, clever melodies and startling drums.

Following this came The Duke Spirit, Slow Club, whose impact was lost slightly on a larger stage, distinctive LA two-piece Girlpool and the abrasively rocky Ex Hex. All this preceded the explosive Fat White Family, who tore the Big Top Tent apart.

As the highlight of the entire weekend, special praise must be reserved for Sufjan Stevens. Making his first UK festival appearance, Stevens played one of the most astounding sets you are ever likely to witness at a festival, during which you could hear a pin drop.

To stun a festival crowd into silence on a Saturday night is no mean feat, but in brisk September conditions the real chill comes from the wonderfully bleak compositions of Carrie And Lowell. ‘The Fourth Of July’s’ refrain “We’re all gonna die” is one you would expect to be a bit too drab for this crowd, but it’s absolutely spectacular. After sharing a hand-written letter he had received from the organisers some 8 years earlier, requesting he played, it was more special for the wait. Then when things got a little too solemn, Stevens would react appropriately, playing feel-good tunes like ‘Chicago’ and ‘Come On! Feel the Illinoise!’ complete with a brass backing band.

Following Saturday’s chill, Sunday was gloriously warm. We are welcomed by indie darlings Hinds, who had clearly brought some Spanish sun. In turn, the inhabitants of the Big Top tent groove to the tunes of Ultimate Painting and Happyness, who bring a dreamy slice of '90s-inspired rock. Later Alvvays brought their sugary indie pop to the sun soaked main stage. 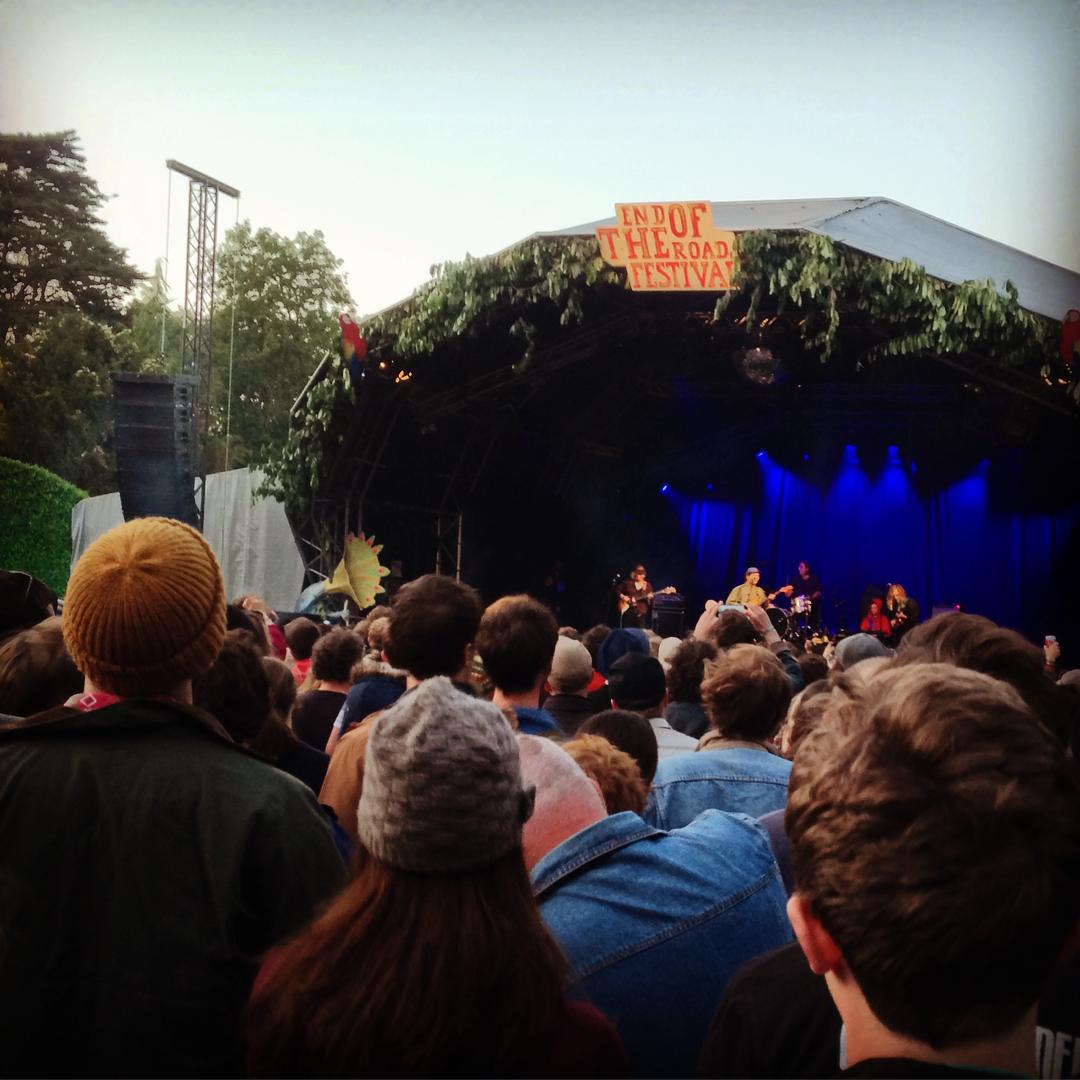 Mac DeMarco offers a 10th birthday cake for the festival, alongside a slick set on the Garden Stage. “I’m going to cuddle up to a peacock and ruffle a few feathers, if you know what I’m saying”, a spaced-out DeMarco announces, in his best bloke-in-a-porno impression. Towards the end of his set, Mac leaps into the crowd, but “straight to the ground as always.” Meanwhile his band-mates, who have personalities and talent as immense as his, chuck their guitars to and fro, amidst impressive solos. 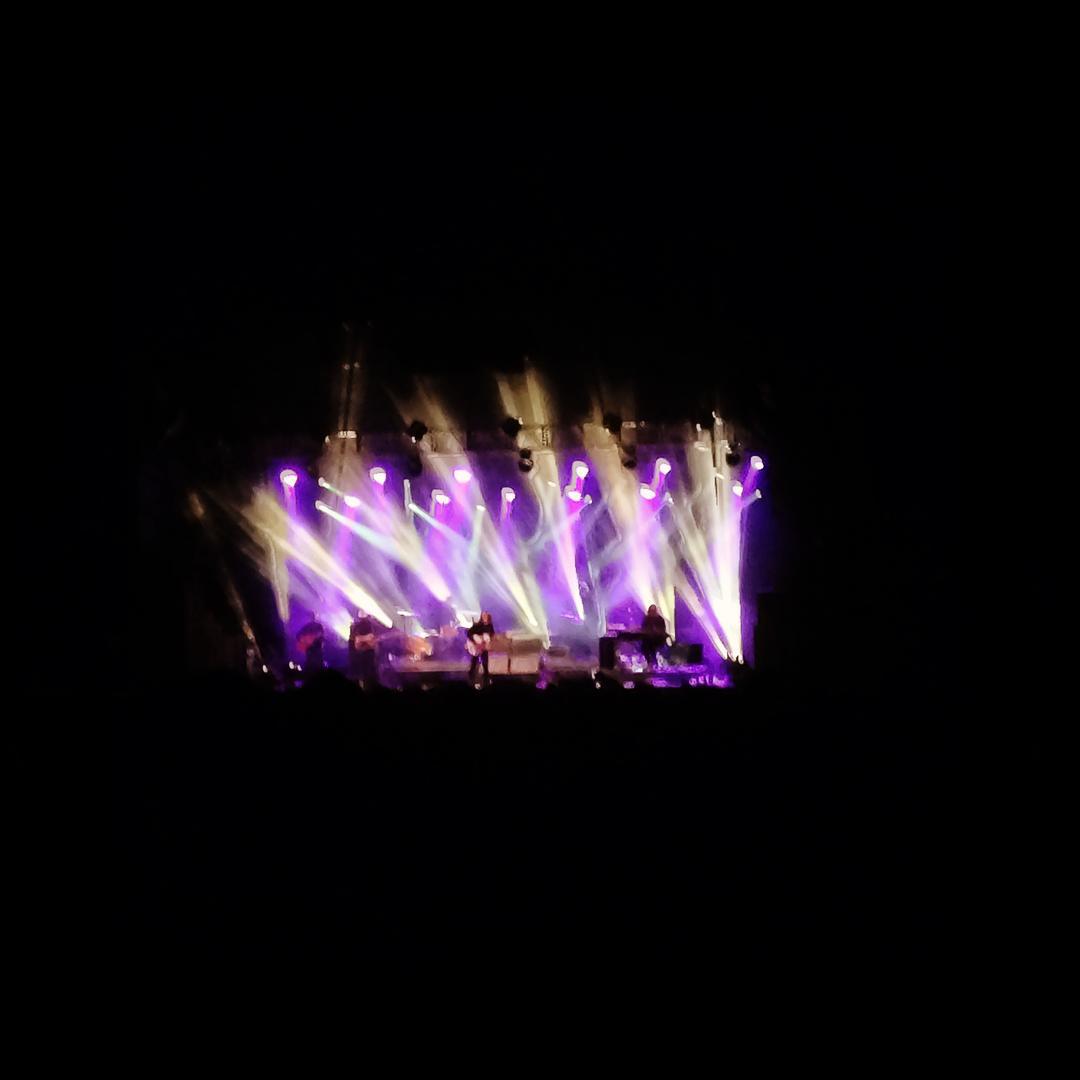 The grandiose sound of The War On Drugs, driven by Dylan and Springsteen’s influences, is chosen to call an end to the festival. Like so many others they show a genuine pleasure to be playing, saying the only other time they’d been asked, they simply couldn’t afford the flights. Now as a major player, they’ve found their place and give an impressive show, showcasing 2014’s astounding Lost In The Dream, for the festival’s final hurrah.

End Of The Road’s 10th birthday celebration was, as expected, a huge success. The intimate but expansive gathering is a family-friendly treat and a musical highlight of the year. The sound on each stage is incredible, and most importantly unlike other festivals, the 4 stages are close enough that you’re only ever be a few minutes’ walk between each (via a bar with short queues), meaning you can really focus on enjoying some great music, in an idyllic setting. Here’s to another 10 years.