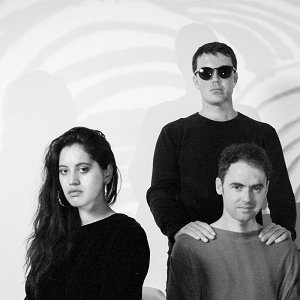 New Zealand outfit, SoccerPractise, release new single ‘Posture’, the first single from their forthcoming album, Te Pō, slated for release in October. ‘Posture’ is gritty, immediate and disorientating – grabbing the listener by the scruff of the neck and holding them inches from its face.  Vocalist Geneva Alexander-Marsters recites her sardonic mantra over a pulsing, lo-fi, industrial, garage beat that erupts with heady siren guitars and scratched atmospherics.

Speaking on the new track, Geneva explained: "The song is about maintaining composure in a world of myriad contradictions and cynicism. It’s about how best intentions can be enveloped and absorbed by chaos and things are fall apart all around you. it’s an acerbic self-help mantra, but really about how sometimes the only person you have to believe in you is you. It’s also about my parents. And yoga.”

Both the song and video are a taste of things to come from SoccerPractise’s second album. Te Pō (the night or darkness) is a collection of sonic dreams, visual nightmares and fragmented hallucinations set deep in the night of a strangely familiar yet unknown city.