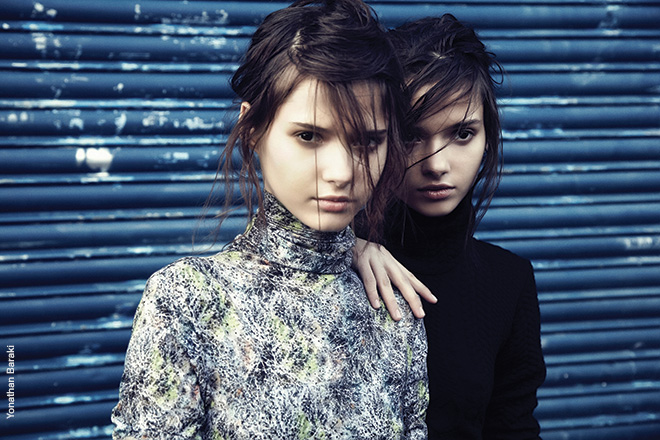 Bloom Twins new single ‘Set Us Free’ is out on Friday. The sisters offer up haunting vocals set against pulsating electro beats. “It was the first track we wrote after returning from Ukraine where we got stuck for half a year during the uprising. The track is not political at all, rather a call for freedom, but it was certainly influenced by everything that was happening in Ukraine and the fact that we couldn't come back to our new home - London”.

Following their packed-out gig at Birthdays, Dalston, in July they have announced a London headline show on Tuesday December 13 in Nambucca. Their debut album, produced by Duran Duran’s Nick Rhodes, will be out in 2017.

Born and raised in a small town outside Kiev in Ukraine, 20-year-old identical twins, Sonia and Anna Kuprienko, are both classically trained. After releasing their debut track ‘Fahrenheit’, Bloom Twins also completed arena tours of the UK and Italy with Duran Duran.

Listen to ‘Set Us Free’ here

More in this category: « Upcoming Sex Swing December Dates Five Band Bash in The Academy »
Login to post comments
back to top