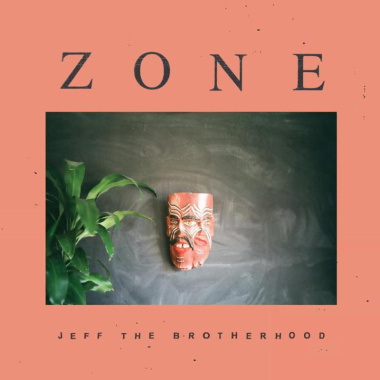 Seemingly available digitally for the past two months Zone now arrives in a physical form.

11 albums in 15 years is no mean feat and probably enough to lay some heavy stress on many an artist but the Orrall bothers (Jamin – drums, Jake – Guitar & vocals) successfully set their own pace so it’s plain sailing at every turn. Indeed they appear to manage an enviable work/life balance at home in Nashville when not recording or on the road and were one of the event highlights when caught live at Incubate last year.

Zone makes up the final part of the trilogy started on 2009 release Heavy Days and continued in 2011 with We Are The Champions. Its dozen songs (all succinct single word titles) transport you further down the spiritual road set out upon by its predecessors.

The opening (& titular) track is a bit of a pounding plodder, setting the scene that its central figure is in the zone through being “too fuckin’ stoned to know the difference between a good time an’ stayin’ home”. Funkadelic come to mind. Thankfully ‘Energy’ lives up to its name, at least in the Dinosaur Jr.-like bursts of distortion and expressive vocals which make up the bulk of the track.

Things kick fully into gear on ‘Punishment’ – a song whose distorted solo passage and the driving rhythm beneath it conjure up thoughts of ZZ Top. That driving pace is maintained on the short but sweet ‘Juice’, by which time you know you have a seriously rocking record on your hands.

Summer themes (‘Idiot’) in a Weezer fashion and all manner of other good, less than serious, stuff follows on to make up the second half of the album, rounding out a pleasingly listenable and well balanced piece of work, yet one with more depth to be found with each listen.

Zone is available from amazon & iTunes.

More in this category: « Shadecrown - Agonia The Wytches - All Your Happy Life »
Login to post comments
back to top