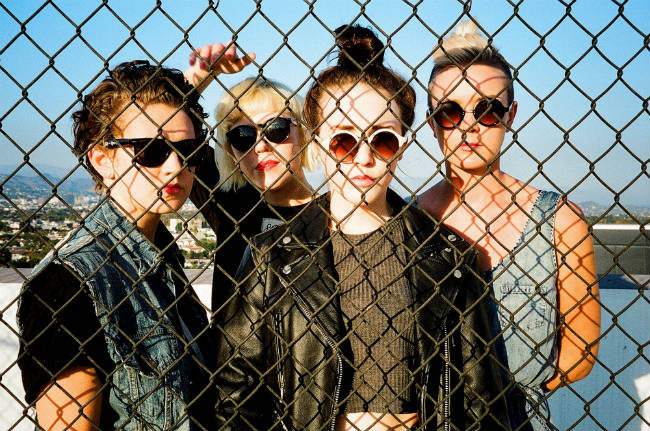 Today Manchester four-piece PINS are sharing the b-side track to 'Too Little Too Late' 7", released earlier this week via Bella Union.

The cover of Misfits' 'Hybrid Moments' is regularly performed live by the band, and this studio version was recorded for Part Time Punks and mixed by Josiah Mazzaschi. PINS’ Faith Vern describes it as "a simple and perfect pop song. We started to play it live to make everyone dance, we recorded it with Part Time Punks and gave it a PINS stamp with lots of choir girl harmonies."

You can check out 'Hybrid Moments' now via Soundcloud.

This month PINS will be supporting both Drenge and Wire on their tours before playing a headline London show on Monday May 27 at The Lexington.