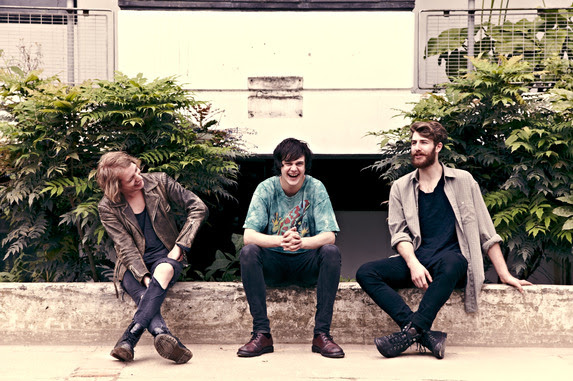 The highly praised Storms are back with a new track and two London headline shows. The trio have created a strong "word of mouth" following after a bunch of successful gigs in and around London last year.

Along with new track 'Swell', the guys have recorded two other songs which they plan to stream a couple of months apart throughout the remainder of this year.

'Swell' is available now and you can watch the very interesting video that the band created themselves. Think Rocky Horror and you'll see what we mean.

More in this category: « Liverpool Psych Fest 2014 Announce Next Round of Acts & More New Track 'Angelspeech' From The High Wire's »
Login to post comments
back to top