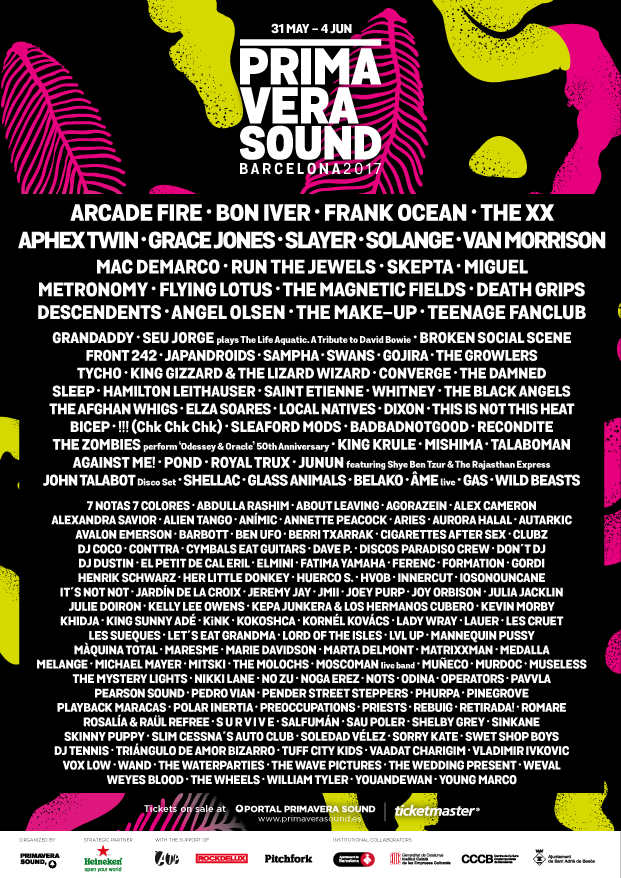 Barcelona’s Primavera Sounds showed everyone how to announce a festival line up. Almost two hundred names adorn the festival poster and they will all feature at The Parc del Fòrum from Wednesday May 31 through Sunday June 4 2017, whilst the Raval neighbourhood will once again be the headquarters of the increasingly attractive free programme in the centre of the city.

Arcade Fire, Bon Iver, Frank Ocean, The XX, Aphex Twin, Grace Jones, Slayer, Solange And Van Morrison top the bill at the seventeenth edition of the festival. But the smaller print is just as interesting.

The Primavera Sound 2017 full festival tickets in Barcelona cost €175 until 7th January. They can be purchased here in English. Instalment plans and VIP tickets are available.