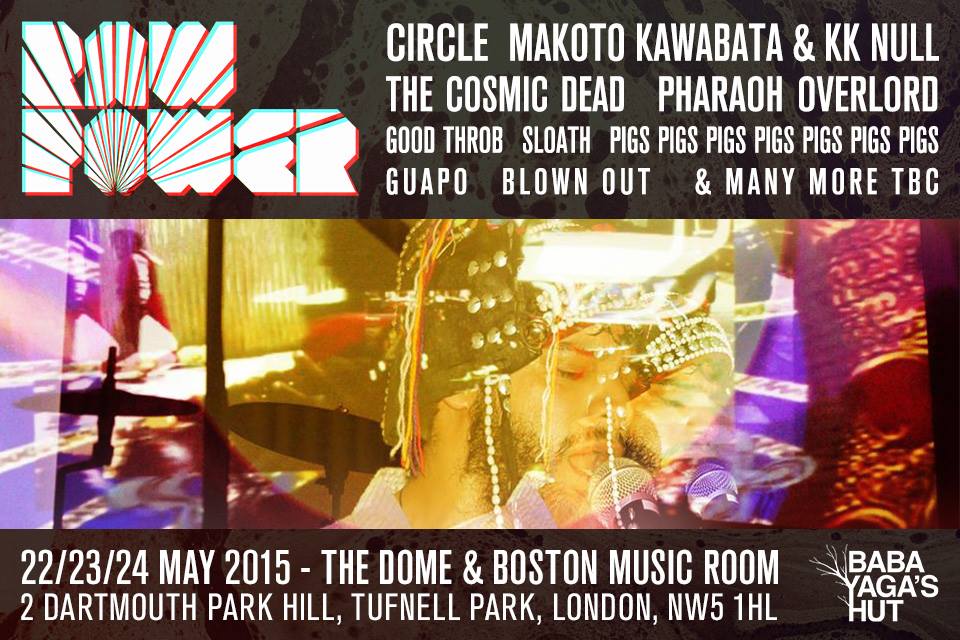 The folk at Baba Yaga's Hut are once again staging the psych/electronica event of the Spring (at least the only one in north London that matters) when the Raw Power festival returns to The Dome at Tufnell Park over 22 - 24 May.

So far your £45 early bird ticket will entitle you to see the following:-

With four months to go further acts will obviously be added to the bill but, following the success of the 2014 event, ticket sales for this year are already showing a marked increase in volume so best to click here if you want to avoid disappointment.

More in this category: « ATP Iceland 2015 - Line-Up Announcement Camden Rocks Festival Announce Funeral For A Friend and More »
Login to post comments
back to top