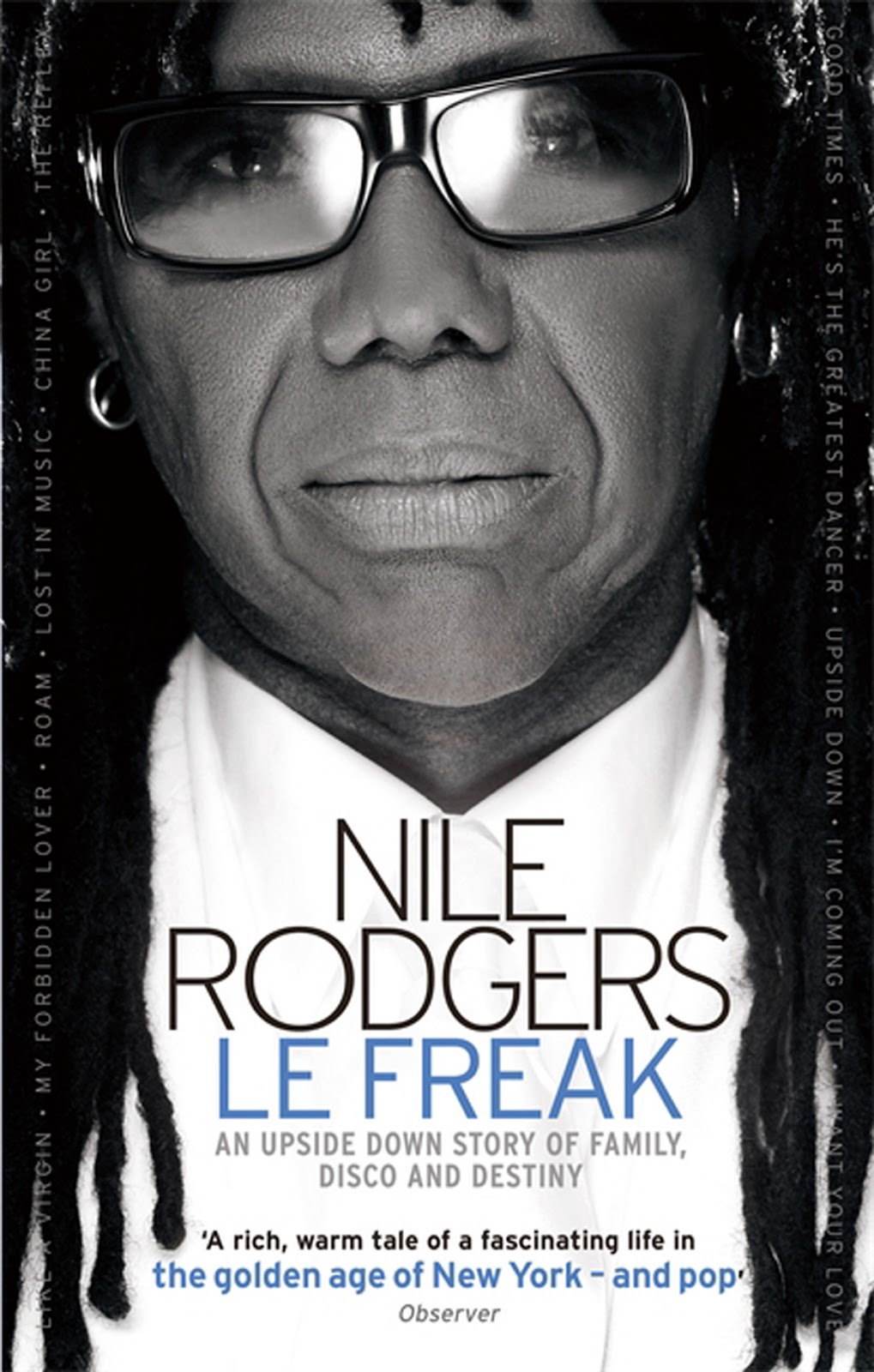 In pop music, so much emphasis is put on the importance of the lead singer that the contributions of musicians, producers and arrangers is often over-looked, and we can forget about the vital role that they play in the studio, and in the creation of songs that become the soundtracks to our years.

Chic’s guitarist and songwriter Nile Rodgers is a case in point, as this incredibly well written and factual autobiography attests. In the Seventies his funk-based disco guitar sound lit up downfloors across the world, with songs such as 'Le Freak' and 'Good Times' becoming million selling songs. If that had been it, Rodger’s position in music would already have been assured, but he went onto write songs and produce albums for Diana Ross, Madonna, Debbie Harry, Johnny Mathis, David Bowie, Jimmie and Stevie Ray Vaughan, INXS, Jeff Beck, Duran Duran, The B52s, and Bryan Ferry. He still has an active career: touring with a new version of Chic, acting as producer for Duran Duran, performing on Bryan Ferry’s latest release, and having one of last year’s biggest hits — ‘Get Lucky’ by Daft Punk and Pharell Williams.

Rodgers is not one for name dropping within the book, though. Given the vast number of stars and successful musicians he has worked with and played for, Rodgers seems to have no sense of entitlement, or bitterness, about his job, viewing it purely as providing bands with the guitar parts or production help that they need. His sound is commercial and accesible, aimed more towards the feet than the brain, which explains the high level of demand that he continues to find himself in.

The book, however is not all about the music. Rodgers talks openly and candidly about his drug addiction, about the cancer that he faced and beat and about his difficult family history, as well as such issues as racism, death, bereavement, and how best to use his gifts and talents to serve the many people he has met and worked with throughout his storied career.

In all, this is a fine book: one that talks both about the music that Rodgers made, and the life that he lived. While it contains much pathos, the book is also filled with the same sense of joy and fun that flows through Rodgers best known sonic creations.

Le Freak is available now from amazon and iTunes.

More in this category: « Fab: An Intimate Life Of Paul McCartney By Howard Sounes Joe Satriani And Jake Brown - Strange Beautiful Music: A Musical Memoir »
Login to post comments
back to top