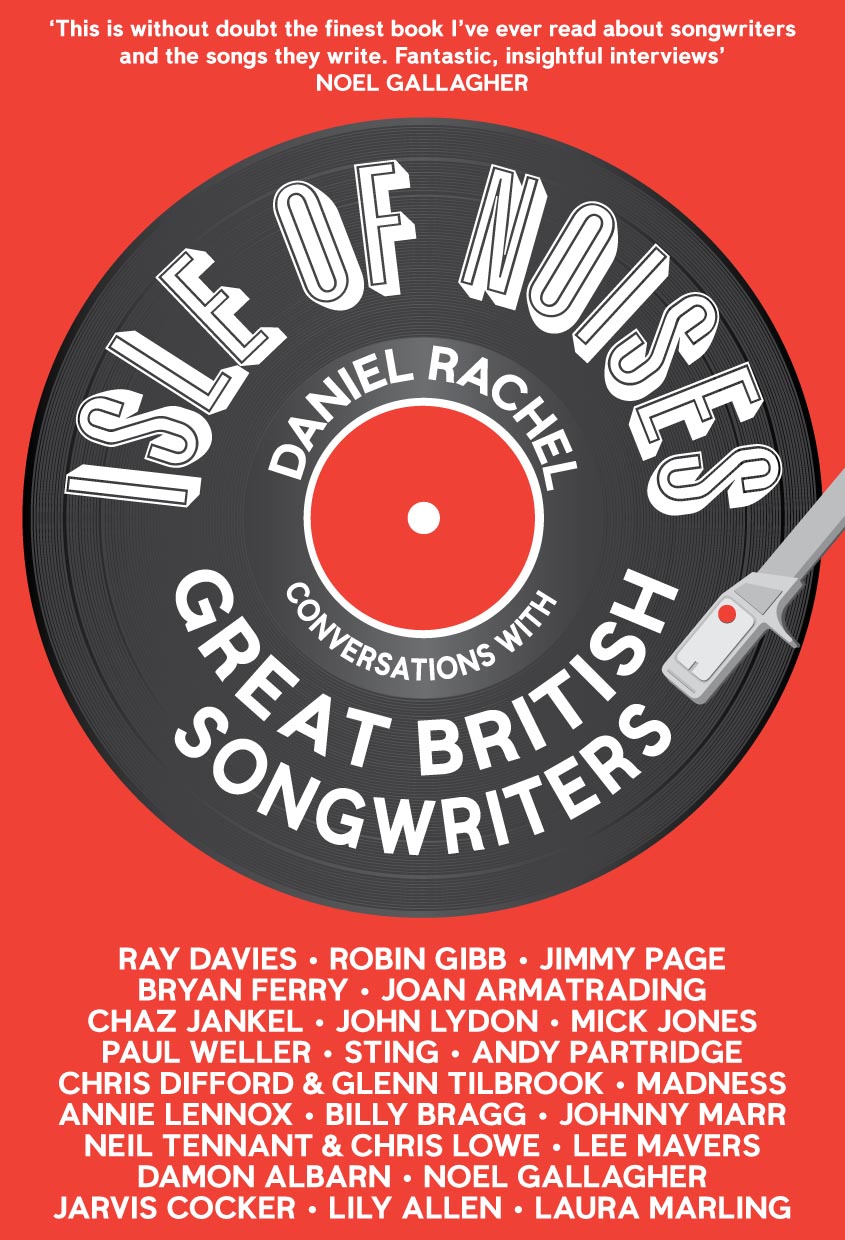 Of all the acres of coverage the various artists that are the subject of this book have received throughout their careers, precious little has concentrated on the nuts and bolts of the creative process.  Stories of Led Zeppelin’s excesses or the Gallagher brothers’ spectacular fallings out for example have been far preferred by writers outside of the more ‘specialist’ publications.

Daniel Rachel has chosen to go down this road less travelled, and in his conversations with a wide range of British songwriters he aims to get under the skin of the process they go through to put words and music together.  The 23 artists interviewed for this project are arranged chronologically in order of where they first made their impact, so old stagers such as Ray Davies and Jimmy Page are at the beginning, and we journey through the decades ending up with Laura Marling.

The conversations between Rachel and the various songwriters are fascinating in every instance.  I won’t profess to knowing a great deal about The Kinks or Ian Dury for example, but reading the chapters about their songwriting certainly made me go digging for the tracks spoken about to hear what was being discussed.  At the same time, the artists with whom I’m more familiar (I’m a self-professed Zep head who was just getting into music when the Britpop boom happened, so the chapters on Jimmy Page, Noel Gallagher, Damon Albarn and Jarvis Cocker were zeroed in on fairly quickly), provided me with a whole range of new insights into the genesis of their most celebrated compositions.

Most of the songwriters profess to not having the most technical musical knowledge, and they are fairly universal in saying that they don’t really know where their ideas come from.  A recurring theme throughout the book relates to their constant fiddling around with ideas, and their often brutal quality control.  Lee Mavers came across fairly embittered by the entire industry, whilst Suggs seemed to want to keep up the ‘cockerny geezer’ front and often evade Rachel’s questions, whilst the rest of his Madness bandmates were altogether more lucid about their ideas.

Rachel takes a look at gender bias in songwriting throughout the book, addressing it in his introduction as well as quizzing many of his interviewees about the perceived lack of British female songwriters of note compared to their male brethren.  Whilst the unavailability of some female songwriters on his list and the tragic early deaths of others left that area a little light, some of the answers of the artists surrounding this make for compelling reading, with Robin Gibb’s answer perhaps somewhat more indicative of his overall attitude towards women.

In all, this is a fascinating read for anyone who has ever laboured with the idea of writing a song.  If some of the greatest songwriters that these fair isles have ever produced have struggled with pieces, the rest of us should at least have cause to carry on.

Isle Of Noises: Conversations With Great British Songwriters will be published on September 11 and is available from amazon here.

Rate this item
(0 votes)
Tweet
More in this category: « Book Review: Sylvie Simmons - I'm Your Man : The Life Of Leonard Cohen Harvey Kubernik - Everybody Knows »
Login to post comments
back to top