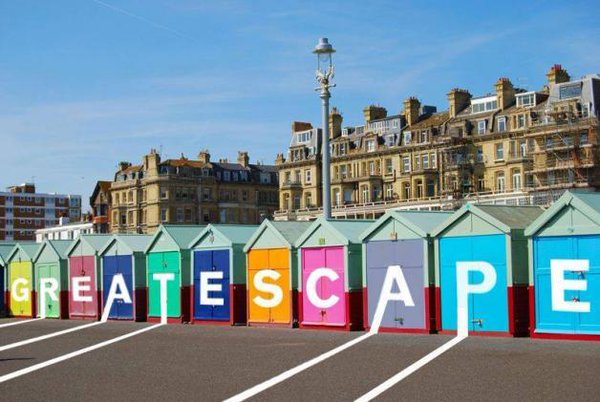 With heavy heads yet warm hearts we embark on our third and final day at this wonderful event. Our structure remains the same as we start the day with some soothing sounds so we head for the sweet sounds of Laura Cahen. Her French songs are more upbeat that we imagined and rejuvenate our tired limbs.

As we are still not fully recovered we continue to seek out soothing sounds and plump for a bit of good ole country with the delicate haunting beauty of Holly Macve. A Yorkshire lass relocated to Brighton provided a chance to recuperate as her angelic voice washed away the previous nights over indulgences.

Now we want some noise and we have heard huge things about this next band. The Hunna probably deserved an evening slot as their energy and stripped down sound really proved that this could be their year.  Comparisons with huge names like Arctic Monkeys and Kings of Leon are not misjudged and they tore the roof of the venue.

The only way to follow that is by popping to see a South Korean female Doo-Wop group The Barberettes. We ain’t lying this is actually a thing and they are magical. Although mainly a covers band they are visually and vocally brilliant.

This is followed by the now not so secret gig. Each year the Great Escape has a few surprise acts. However by the Saturday everyone knows when and where they are and with our delegate pass we are able to skip pass the queue to catch the Temper Trap. Theyperform an amazing set consisting of new material. The new single 'Fall Together' goes down a storm along with the huge favourite 'Sweet Disposition'.

We amble back through the streets of Brighton catching a stall selling frozen margaritas and this seems the perfect complement to the outdoor sounds of Ezra Collective. They are a modern brass band that have a huge amount of energy as the blast out jazzy hip hop covers to an excited and jubilant crowd.

Away from this mayhem its time to get serious and the beautiful settings of a church provide us with Colm mac Con Iomaire. This guy is a seriously beautiful deep violinist and allows us to breathe and relax once again. Once you have seen one violinist you want more right?  However nothing could have prepared us for the onslaught of Oliver Coates. He is a cellist by trade but it was like he was possessed with the spirit of Jimi Hendrix. He played an electric cello but added in feedback and sounds that were not thought possible, simply amazing stuff. We had actually arrived here to see Guy Andrews and his electronic compositions. He is a master of the ambient moog sound. We were not expecting him to soothe us after the onslaught of a cellist but that’s the beauty of The Great Escape.

Time to change the music again and we go for the reassuring sounds indie rock. Up first is a Sheffield band The Sherlocks who are already gaining a growing reputation.  They don’t disappoint and like the Hunna before them are a band to watch this year.  There straight up indie rock is just what we need and fully prepares us for Johnny Lloyd. He is an accomplished and polished guy who has bags of confidence and has defined his own indie rock sound.

Now it’s time for a bit of a boogie as we have refuelled and we are conscious that we don’t have long left until the festival ends. NZCA Lines are our choice, and although they remind us of Hot Chip they provide us with safe and non-threatening dance tunes.

One of the last additions to the festival were Jaguar Ma at the beautiful setting of the Brighton Corn Exchange. Their clever swirling psychedelic sounds goes down a storm and we realise we can actually dance to this as well.  It’s almost over and we quickly check our guides to see what’s still open and what is not full to capacity. We scramble to the Latest Music Bar and as we enter upon our last act we know we have chosen well.

Walking into the bar we are physically pounded by the wall of noise that Dressmaker are producing. These guys were already well into their set and in the three days that we have been here this is by far the loudest thing we have heard. They are angry, did we mention they are loud and they don’t seem to care who knows it?

We leave with our ears ringing and stand outside the venue with huge grins on our faces. Now that’s what a music festival should be all about. We want to thank all the acts we saw, those we didn’t and we want to share this with you. We can’t recommend this festival enough. Here’s a Spotify Playlist of some of the stuff we saw and we hope it gives you a glimpse into our wonderful weekend.

Here also is footage of one of those acts Rob was unable to manage to see, Egyptian Blue:-