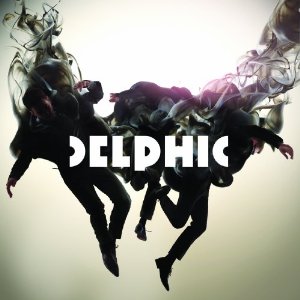 The new Musical Season starts in December; various names are being bandied about, the next big thing is about to be chosen. Could it be Delphic? Already they’ve appeared on Jools Holland's show, achieved considerable airplay for their singles ‘This Momentary’ and ‘Doubt’, and significantly they are signed to the very fashionable Kitsuné label. Their sound is of the moment - ‘elecdie’ (electro-indie).

The problem with Acolyte is that it doesn’t sound particularly revolutionary. It wouldn’t be wise to get down to your local bookies and place money on this album winning the Mercury Prize, and you really wouldn’t imagine gazing into the crystal ball and predicting Delphic will light up the hundreds and hundreds of festivals next summer. But who really cares about hype? If we ignore all of the above then Delphic are just another band from Manchester; yet Mancunian bands usually, historically speaking have a bit about them. Even The Courteeners got some goodwill from critics because their postcode started with an ‘M’. I guess we get caught up in the folklore of the city, and believe that there is still some magic in the Northern air, despite the city's radical facelift over the last twenty years.

The Balearic Beat of ‘Halcyon’ seems to portray what Delphic want to achieve on this album, blending the nineties Ibiza sound with angelic indie. Better late than never the album seems to suddenly step up, ecstatic and hedonistic ‘Submission’ and ‘Remain’ both divert the listener away from the soggy grey every day. But is it enough to merely distract, to recall holiday’s in the sun, and past times when you were probably too pilled up to truly appreciate what you were moving your body to?

Delphic are a timid time machine of a band, travelling back to yesterday, only cursed by an early onset of Alzheimer's, unable to remember the divine elements of their fundamental influences.

Rate this item
(0 votes)
Tweet
More in this category: « Album Review : Hey Rosetta! – Into Your Lungs (And Around In Your Heart And On Through Your Blood) Album Review: Love Is All - Two Thousand And Ten Injuries »
Login to post comments
back to top