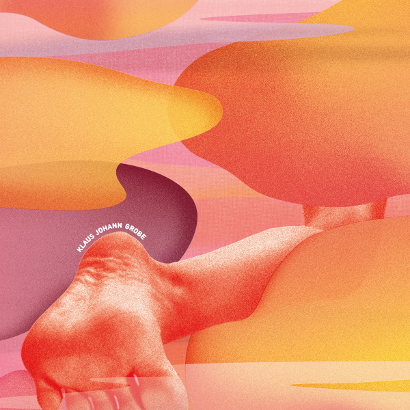 Think Todd Terje melded (folded into, softly blended with, smoothly amalgamated with – all such comforting ways of combining apply) with a German Stereolab and you’ll have a grasp on the sound Klaus Johann Grobe have achieved on album number two, Spagat Der Liebe (Balancing Act Of Love, according to Google).

Right from the off this is blissful listening (there’s a smatter of Ulrich Schnauss-like goodness in the mixture too). There are unmistakable grooves though as well so beware of putting it on as background music – it won’t stay in the background for long.

Whilst ‘Ohne Mich’ is maybe rather at the lounge end of the laidback musical spectrum and ‘Heut Abend Nur’ kind of just meanders along but tracks such as ‘Geschichsten Aus Erster Hand’ and ‘Springen Wie Damals’ are infectiously underpinned by some great bass rhythms (mainly doing any motorik work herein as opposed to the usual task of the drums) as well as enjoying hummable upper layers of organ etc.

The duo have certainly changed their sound somewhat from when witnessed as part of the 2013 Liverpool International Festival Of Psychedelia but the kraut & psych elements remain strong rather than having basically been replaced by disco, as is the case with an Antipodean act that used to plough a similar furrow.

As second albums go then Klaus Johann Grobe have done themselves proud with Spagat Der Liebe, broadening their palate in the process but not at the expense of its core elements and in so doing have provided us with what could well be one of the essential albums of this coming summer (and indeed future ones as well). They’ll be playing live in the UK in the Autumn so you’ll have plenty of time to soak up the album’s essence before heading to one or more of those shows.