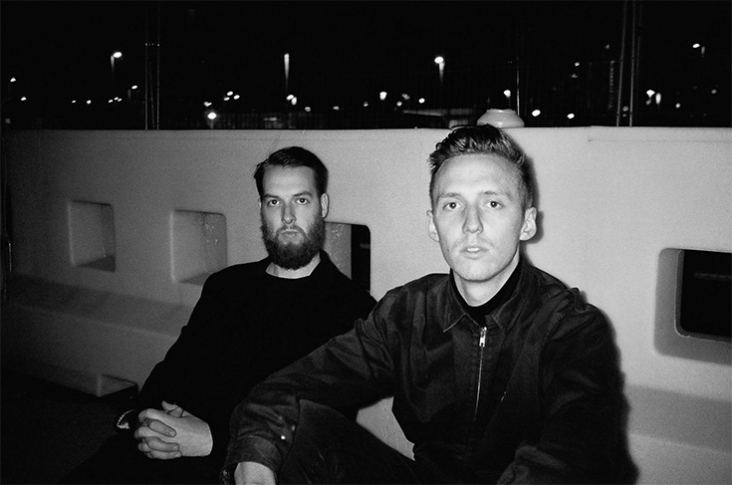 Track of the week:  ‘Coastal Love’ by HONNE

The lads of HONNE will be releasing a new EP in May, and this is a cut off of that. I like the start, catchy enough, but not obtrusive. And that is a good quality here, as the melancholic vocals talk about him being a dreamer, and he is convinced (oh the foolishness of youth!) that this long distance thing is going to work with his loved one. And the synths and percussion, as said, it does have a slight catchiness to it, but it is exactly the right tone to go with the vocals and subject matter. And I do love the vocals, and in the chorus it even gets some help from a little guitar riff that they put in, which is a nice touch. The synths lay down the right atmosphere as well, and this is one of those dream-away thing whilst road tripping and the sun shines through that car window and lets you bathe in its light. Something to look forward to in May, I reckon.

‘Love Myself’ by Ebony vs. Bicep

Ebony and Bicep cross the continents to do some work together, and apparently that should mean we have to "Be happy", as the female vocals repeat those two words at the start, even before the song gets going. Then the synths build it up and up and up, and then it’s just waiting for that bubble to burst. That, it does at about 1:30, when the house beat comes in, with some fast talking vocals, and some strong synth lines. The track definitely has some attitude to it, with the pace of the beat, but especially the way the synths are used. That deep, short little synth line just pounces through, it definitely gives the thing some oomph. At about 2:45 we get some drums in, for the people who know how to dance to that fast percussion kind of thing. The vocals have returned to the “be happy” singing of the start, though it is a layer below the percussion, though still pretty much audible. Then those starting synths come back as well, building it up once more before the collaborative group of Ebony vs. Bicep brings back the beat to ride the last few minutes out. Definitely a punchy affair, for if you’re not in that soft kind of mood.

‘Falling In Love With A Memory’ by Monarchy

The boys from Monarchy are back, and the start with the synth and piano already indicates this sort of pop bigness. The track gets a little extra oomph from the drums and the vocals, which then slides into a more soft synth-pop sound when the vocals pace it up a bit. At this point, you just get this happy dancing vibe from the instrumentals, really catchy and fun, and the vocals are a slight counterweight to that as you do have the idea that the narrative story isn’t quite as happy-dancey as the track itself. It’s been a while since I interviewed them for this site when they were getting ready to release their first album, and this song is a good example of why we did that. It’s just got this lovely pop vibe to it, giving you some strong vocals and some catchy synths, but then there is also, for instance, that more subdued piano to end it with. Their new album is, I believe, almost ready to go, so if you like those synths that make you dance (and who doesn’t), this is one to have a listen to when it arrives.

So what do you get when you put two hardware nuts in a room with two synthesizers (new System 55 and System 35 modulars, apparently), and you give them roughly five hours to play with them? Apparently, this synth ditty-jam. First you put the kind of bass rhythm in, and then you start piling layer upon layer. It is just fun to hear all the different synth sounds, and how they are floating ideas around on top of the base rhythm After the two minute mark they do seem to mix that base layer up a bit as well, even getting rid of it completely for a moment to get some of that jazz improvisation going (but, synth style, obviously), and then it is cool to see how they fizzle this thing out. It is definitely a jam, and not a perfect piece of song that they always do manage to get when creating an album. But it is cool to see two guys trying new stuff out and finding a way to create a four minute piece that, surprisingly, actually has quite a bit of structure (In just a few hours yours truly probably wouldn’t have stumbled upon such a thing, I’m sure).

‘Believe in Me’ by Jamie Lidell

I must admit that I do have a soft spot for that voice that Jamie Lidell has. In this track you’ve got the understated, slightly haunting synth line that is on loop, and then you immediately get his vocals in there. And these are so powerful that it adds some instant strength and emotion to the track, and he does know how to play with them a bit as well. In the mean time, the synth is still going, and it gets some help from both a bit of percussion as well as some aerial sounds, as they relieve each other from duty every once in a while. As said, the vocals, he does know how to make them work. Sometimes they’re bolstered a bit, sometimes you’ve got some overlapping layers, and sometimes he adds a little humming there for good measure. And then, suddenly, something like after the three minute mark, where the main vocals really go for it comes in, even to the point they can ditch the synth line as, really, the vocals are near enough to hold the track afloat. I saw him live once when he was doing his ‘Multiply’ thing (guess my age now, eh), and although I do have to admit that I haven’t religiously followed his every step, I am always happily surprised when I get the chance to hear that voice doing something again.

Because there’s always a need for your dosis of disco eh, and you know you can get it here weekly, right? This time thought I’d slide some Rayko in for you, doing his thing by putting the disco and the dancefloor in this old son-of-a-tune. You’ve got all those original sounds right in there from the get go, really laying down the vibe from it’s very moment of birth. But, obviously, you’ve got some beats to bolster the whole thing up as well. Add the little guitar riff, the violins at about 2:20, and you know the vocals are going to be coming in at any minute now. He’s a big tease though, and he rides those sounds out for a while, even doing one more change-up before getting there. And then, he gets there, the whispery vocals first, and the rest later. In the mean time, the disco groove is still going full throttle, as the vocals, by this time, are telling you that, yes, It looks like love. At this point, we’re just halfway of this nine minute disco monster, by the way, so better get your dancing shoes out for this one (and always, really). Just happy he did ditch that flute-from-Marocco thingy of the otherwise superb original.