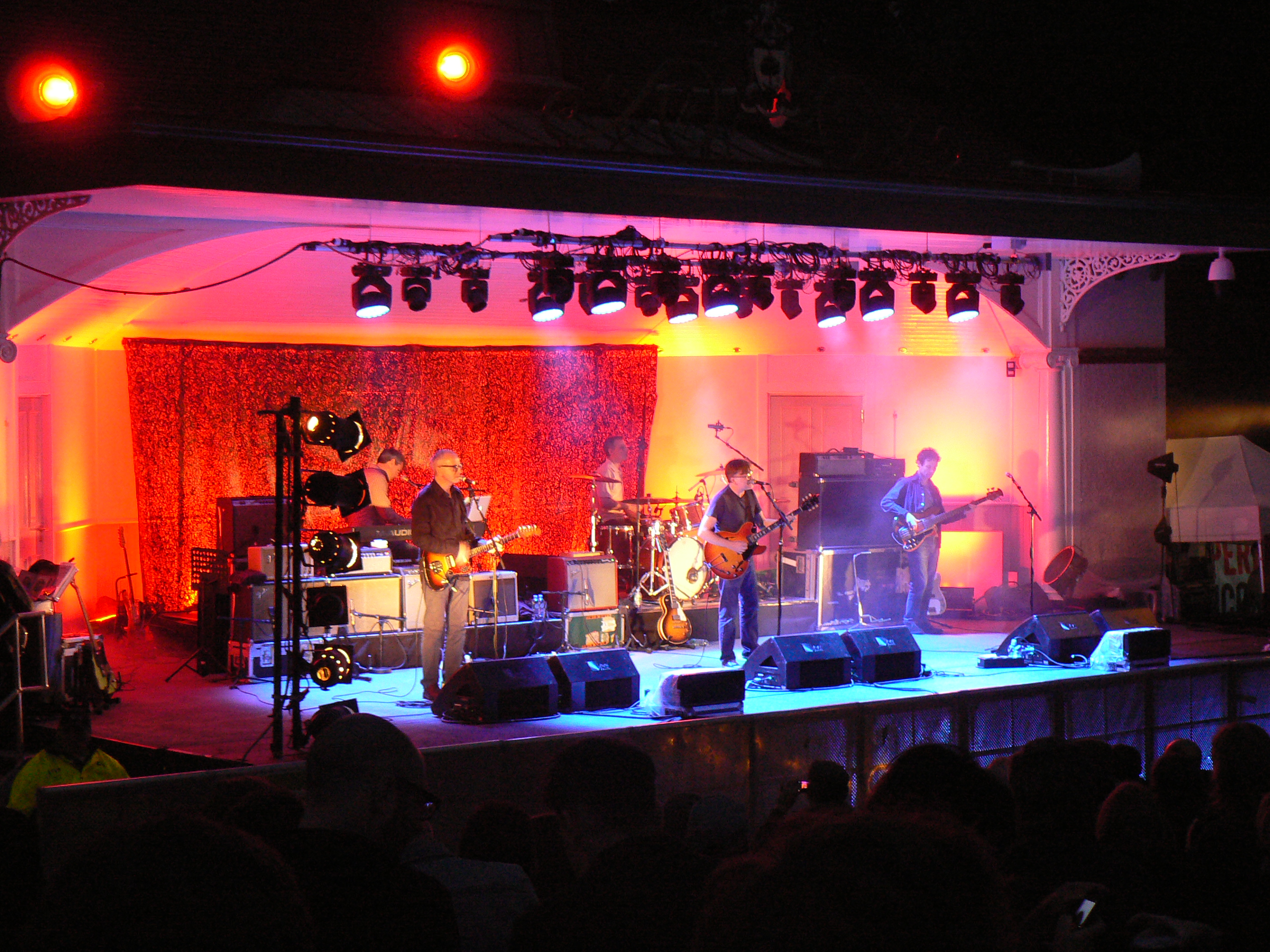 In a summer that has seen the word Glasgow spoken or printed more times by the UK and other media than possibly ever before, the city's cultural highlights are continuing post-Commonwealth Games. The beautifully refurbished Kelvingrove Bandstand, just up the road from the bowling greens utilised by the games, has already this month played host to Steve Earle, Alison Moyet & The Bluebells and The Waterboys as part of the Magners Summer Nights event series. Squeeze have a sold-out show here tomorrow night but tonight it's all about the home team.

Teenage Fanclub don't play live together all that often (this is their first show in Glasgow in three years), given that they're a bit further from being teenaged and no longer based as close to each other as they used to be, as well as having other projects to work on (Norman Blake's New Mendicants and Gerry Love's Lightships for example). Over the past 20+ years though they've provided me with some of the most enjoyable and emotionally charged gigs of my life to date, none more so than when playing in their home city.

Typically the weather decides the summer's over and so it's a continually windy & none too warm night for seeing an outdoor show but the crowd's enthusiasm is undimmed by the drop in temperature and at least it stays dry. The band take to the stage promptly at 9pm, to tumultuous applause. Kicking off with 'It's All In My Mind' they can't go wrong. In the main tonight's set is comprised of the band's more considered and slightly slower output ('I Don't Want Control Of You', 'Baby Lee', 'Your Love Is The Place Where I Come From', 'Ain't That Enough'), rather than the more raucous material from the likes of Bandwagonesque or Grand Prix so it takes a while for the crowd to fill the gap at the stage front. As the venue seems to offer no bad vantage point that could also explain the lack of a need to get more involved in the proceedings.

Norman's on good form between the songs, whether letting on that the rider contains a mass of Haribos or that he remembers acts of youthful rebellion being perpetrated in the vicinity of the venue (some of which may account for his later memory lapses around what was the band's most successful single and a couple of their more recent albums' titles). Not that anyone's losing sleep over that and soon enough there's the expected seething mass of bodies pressing up against the barriers, bouncing about and singing along to 'The Concept' and 'Sparky's Dream' as the livelier material gets a look-in.

No chance unfortunately of a second encore even in their home for the band as proceedings are wound up as planned around 10pm, although it's clear the crowd don't want to go home that early. They've been well served over the course of the show though and other than the odd numb rear after sitting on the bandstand's concrete benches for the evening there's nothing to complain about. A shorter gap between this and their next show would be most welcome though.

Apologies to support act Linden as the hunt for a more reasonably priced bar kept us away from seeing them in action.