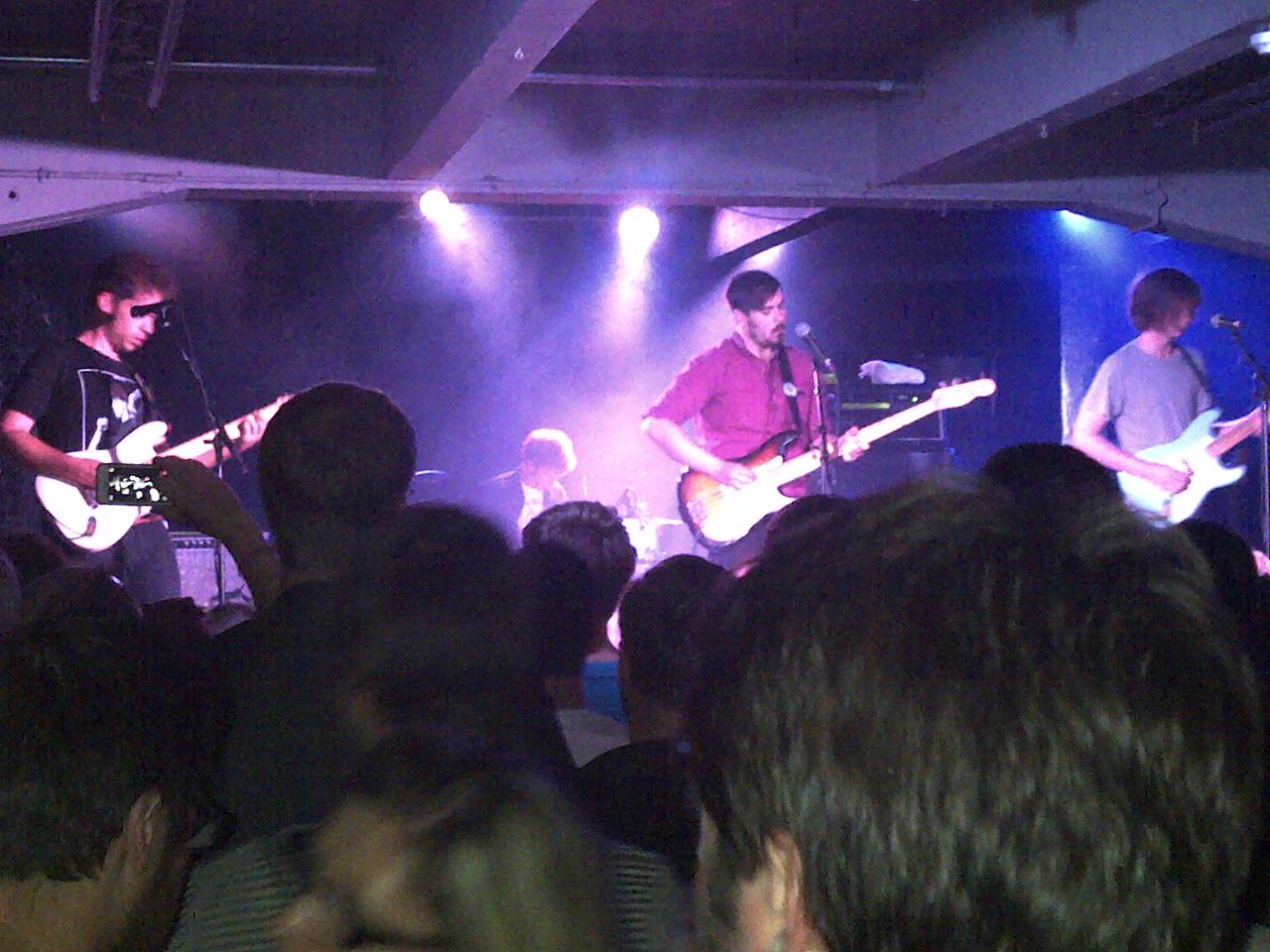 Much like the city’s subway Parquet Courts have circled back to Glasgow to kick off their European tour for new album Sunbathing Animals, having played the last date of their previous tour there on Hallowe’en 2013.

Playing for an hour straight, with no encore, the newer songs are predictably a little less well known by the crowd, which spends the first half of the show largely static but by the time we’re graced by fiery renditions of the likes of ‘Light Up Gold’ there’s a serious amount of pogoing and general pit mayhem at the front of the stage. Oddly, despite having paid good money to get in and probably shelling out the eye watering £4.50 for a pint, one crowd member feels the need to heckle bassist Sean Yeaton at one point by telling him to shut up in no uncertain terms. By the end of that encounter though it’s band & 99% of fans 1, dickhead nil.

Parquet Courts suffer a bit from less than clear final vocals for the bulk of their set but musically there are no flaws in 60 minutes packed with the maximum amount of songs and the bare minimum of chat, other than that mention of the circular nature of their kicking things off here, a mention of the summer solstice and a possible dig at the timing of the show by way of mentioning that it’ll still be daylight at the end of it, something that anyone travelling from outside Glasgow by public transport could be quite happy for, given the venue’s distance from the city centre. They were great tonight and no doubt will only improve on that as the tour progresses.

Tonight’s only support act were newcomers Ultimate Painting, playing their first ever show. Not that you’d have known without being told as they’re a tight unit that has clearly spent a lot of time playing together and working on their songs, one of which may have been called ‘Freak Beard’ (that muddy vocal issue struck them too). With a sound taking in elements of The Velvet Underground, The Byrds and Ride theirs was a good performance, let down only by the fact that some of their songs are a tad on the plodding side. Their livelier numbers are though cracking songs and exhibit enough variety that by rights should see them go from strength to strength through the coming months and bring them to the stage as headliners in the not too distant future, should their schedules for Veronica Falls & Mazes allow.