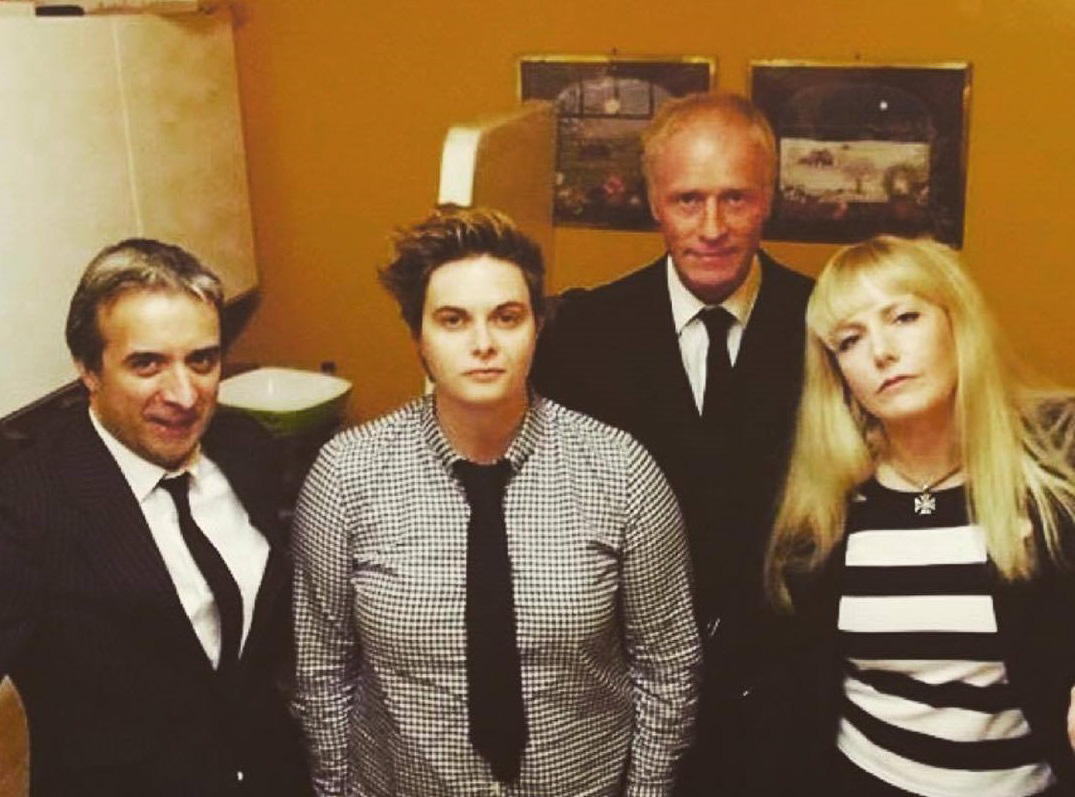 Fanny Pelmet And The Bastard Suits will be playing as part of the Franklin Fest Saturday afternoon showcase at Leith Depot (from 1.30pm) with Geek Maggot Bingo, The No-Things and The Fnords.
Debbie: What's going on with Fanny Pelmet & Bastard Suits at the moment?
We've had a quite year so far due to other commitments. Hope to do some recording before the end of the year, before or after our jet setting drummer goes on her travels to save the world.
Debbie: What's the bands backstory, and what is a Bastard Suit??
We've been together for about five or six years originally to cover Driving Stupid songs and other food based tracks but we ended up stopping to eat biscuits and cakes all the time so changed direction. This is what happens when you have chef in the band. We eventually found our way to do what we do now.
We're all Dr Feelgood fans and used to play a couple of their numbers and still do on occasions, anyway, our name comes from the description of their bass player Sparko Sparks suit as described in Oil City Confidential, the Bastard Suit part that is, which I think in turn was named as the Sweeney wore then in the TV show of the same name, and they were all bastards!
Debbie: Why should we come and see you play at the Franklin Fest?
We'll be playing some top songs: Freak Beat, Fuzz and harmonies, and a little snottyness. If that's your thing, then come and see us.
Debbie: What you are looking forward to the most about the weekend?
This is our fist time playing the Franklin Fest, but we have played the Franklin R'N'R Club several times over the last couple of years and the audience, atmosphere and bands are always great. Really looking forward to seeing Thee Jezebels whom we've never seen and Oh! GunQuit who were fantastic fun the last time they played The Franklin, even if I couldn't get a note out of the trumpet!! Most looking forward to being there again, last year was a blast.
Debbie: It was indeed-y.
Tickets for the Franklin Fest can be found here tickets-scotland.com
Rate this item
(2 votes)
Tagged under
Tweet