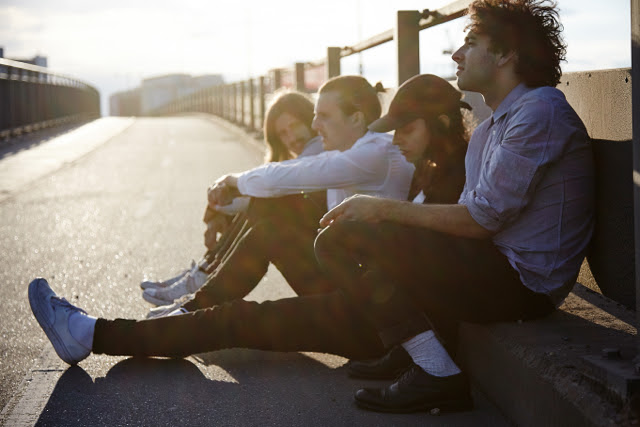 With their debut album only a day away, Fews have shared new track 'If Things Go On Like This'.

Originally conceived during a period of homelessness, singer/guitarist Fred wrote 'If Things…’ whilst staying on the couch of his friend Alex in Gothenburg.

He said: "We'd been working on this on and off for a while, we had so many new songs it almost got forgotten it. During the album sessions (producer) Dan remembered it from the first demos he heard and asked where it was so we tried it. On the original recording you can hear everyone at the end saying "Shit! That sounded great!”

The debut album Means will be out tomorrow, Friday May 20 but in the meantime check out 'If Things…’ below:

May 21 BRIGHTON The Great Escape Festival

May 27 MANCHESTER Dot To Dot Festival

May 28 BRISTOL Dot To Dot Festival

May 29 NOTTINGHAM Dot To Dot Festival

More in this category: « Foxtales set to release debut track this June The Black Queen Return to UK for 3 Autumn Shows »
Login to post comments
back to top