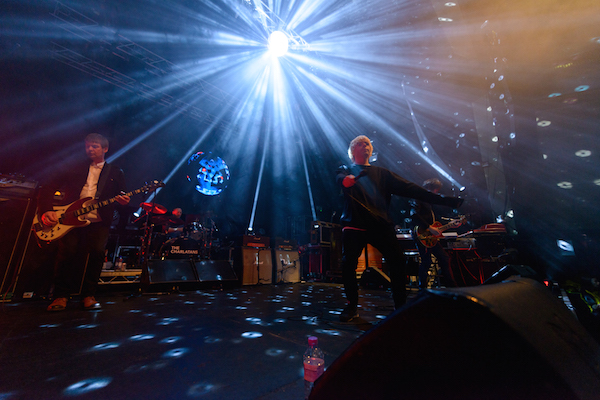 It's around 20 years since I last saw The Charlatans in concert, in an 'exhibition centre' (i.e. barn with rubbish acoustics) in Livingston. Tonight's venue then already offers the prospect of a better show. Add to that the band's own maturing in that time & the return to form on most of their recent albums, most notably this year's Modern Nature, and you have a cracking show in prospect.

Prior to the main event though there were the supports to get through. I use the plural but, whilst Dundonians the following night get the BMX Bandits playing a set, those initially through the doors at the Usher Hall are met with two DJs onstage. One of whom we discover later is crime writer Ian Rankin. This may have been obvious up close at ground level but from the circle he could have been anyone. What he chose to play wasn’t exactly memorable either so maybe he should stick to writing. 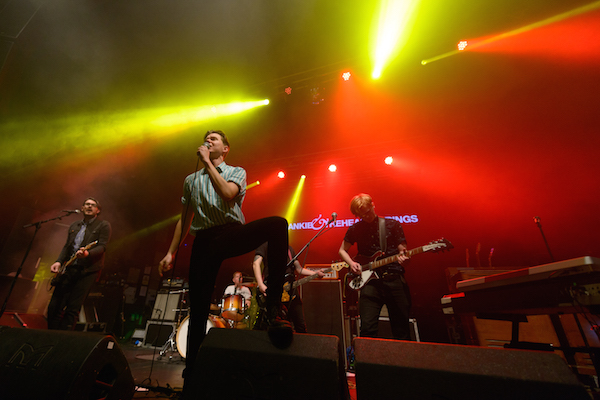 Celebrity spinner out of the way it’s the turn of touring support Frankie & The Heartstrings to try and warm up the currently half-full hall. Fair play to them as they put all their energy into it but other than eliciting polite applause ‘Think Yourself Lucky’, their new Xmas song (without Edwyn Collins) and the rest don’t really reach the crowd and they’re left looking like a young band on too large a stage, with Frankie Francis being likened to “Rick Astley’s love child”.

Tonight is therefore very much about the headliners. The ageless, ever-grinning Tim Burgess and Messrs Blunt, Collins, Rogers & Salisbury take to the stage at 21:00 with ‘Talking In Tones’ and from that point onwards the crowd are at their beck & call. The place has filled up, people are taking off items of clothing, folk don’t know whether they want to be in their seat or dancing and the main body of the crowd are swaying as one. 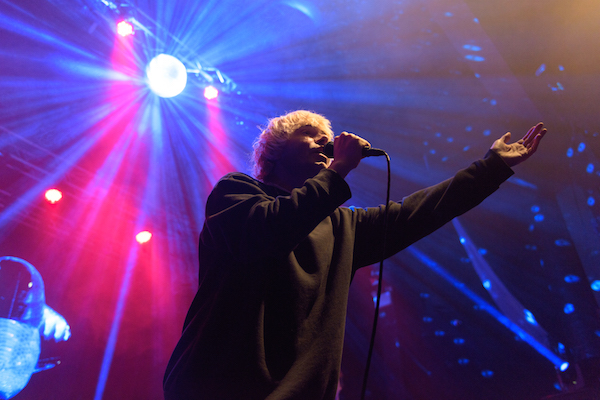 ‘North Country Boy’, ‘Just When You’re Thinking Things Over’, ‘So Oh’ – they all get a run out tonight. ‘One To Another’ inspires a mass bounce in the crowd that seems unbeatable, until ‘The Only One I Know’ tops it in both movement & audience singing. Burgess conducts the crowd in a manner befitting the hall's more classical ventures (& he's not shy of the odd Christ-like pose now and again) and they love it.

Sure, I’d have liked ‘Crashin’ In’ to have been in the set and no doubt everyone there had at least one favourite song missing, the non-single tracks from Modern Nature are passable but won’t become staples (although they do have the best of the back projections – inviting tropical beaches rather than crap squiggles) and the fake encore is a joke as you can’t really fool anyone when your roadies are tuning things up as soon as you leave the stage but the epically drawn out finale of ‘Sproston Green’ is exactly the sort of thing you want to have ringing in your ears as you depart after a show as good as this. I’ll likely not wait another two decades before seeing them again. 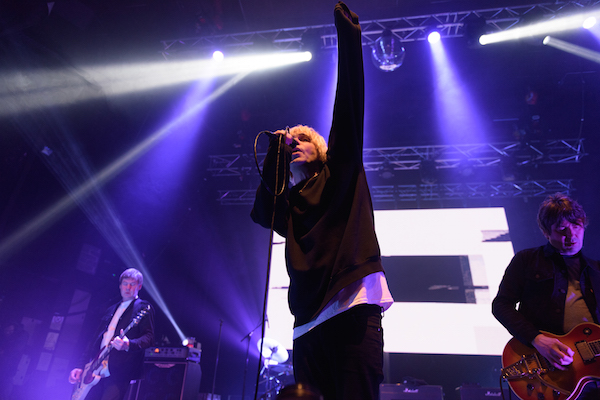 The photos in this piece are from the band's gig in Newcastle a couple of nights later, where Lee Hammond witnessed Frankie & The Heartstrings & Hot Vestry make a bigger impression:-

Tonight Manchester’s Hot Vestry open proceedings having had an exceptional year, supporting a variety of bands including breakthrough act of the year Wolf Alice, and the almighty New Order. With the latter having a special connection to the band as Stephan and Gillian Morris’ daughter is on keyboard duty, the band take to the stage as the crowd files in. 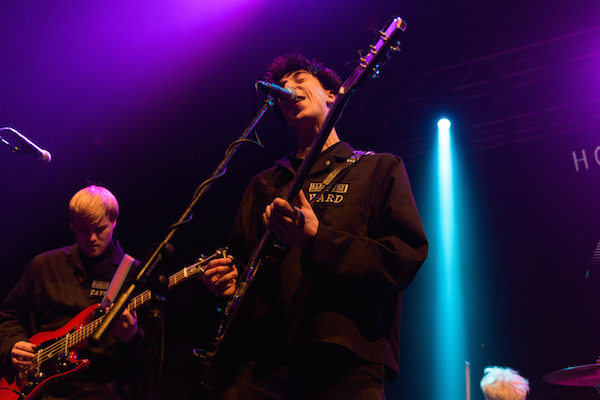 The amassing horde is immediately awoken, by the swaggering electro infused beats of these four Mancunians. Their lively sound providing the perfect opening, although tracks like 'True Colours' are by far the most captivating, the depth of the bass and the darker atmosphere sees the band at their best. The rest of the set is somewhat more upbeat, and at times lacks some originality and does suffer slightly from style over substance.

That said though it’s a consummate set throughout, filled with promise and it sets the stage perfectly for Frankie & The Heartstrings. With them being close to home turf this evening, Frankie and his band take to the stage full of bravado, with their usual brand of upbeat indie pop getting the whole crowd on side early with the likes of 'Photograph', and 'Hunger' lighting the touch paper. As newer tracks in particular 'Money' goes down a storm in the latter part of the set, its clear to see the band are having a great time tonight as they feed off the crowd's energy. 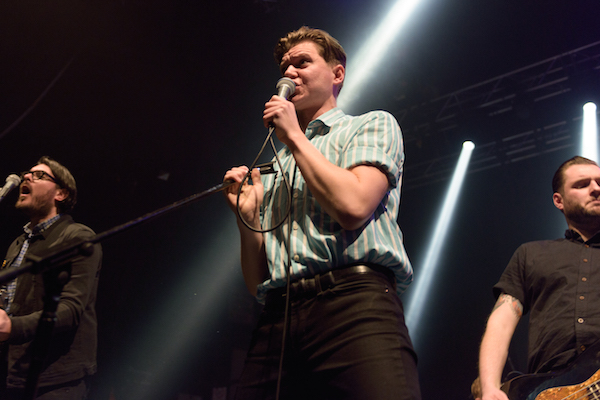 Particularly when they rip into a rousing rendition of their festive single, 'Too Right It’s Christmas' as they bring a jovial atmosphere to proceedings. Despite the shortness of their set, Frankie & The Heartstrings pack a lot in with the aforementioned bravado and excitement rubbing off on this previously sedate crowd. By the end of their set they’ve truly brought the festive party atmosphere, with the crowd truly warmed up ready for The Charlatans.

Modern Nature is available from amazon & iTunes and further photographs from the two shows can be found here.