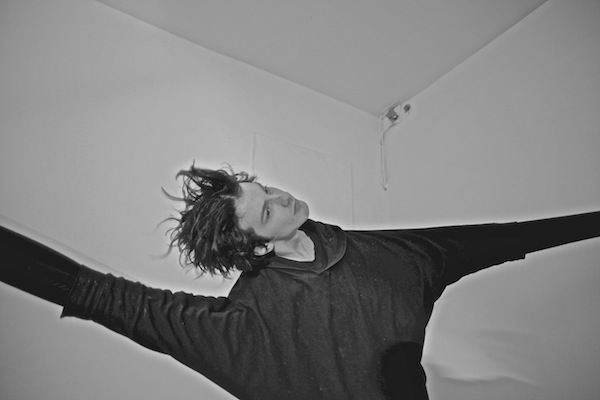 In support of their forthcoming album The Air Conditioned Nightmare, Doldrums has announced a two-month tour including a run of UK dates. So to get you in the mood, the band have shared a new track ‘My Friend Simjen’ via Soundcloud. Check it out below.

On the album, Doldrums has said: “I made about half of this record, including 'My Friend Simjen' last summer when I was living at my friend Duffys place plurrRealityz, which has since become our neighbourhood speakeasy; a place for people to do performances or readings or just hang out. You'd see a lot of music that wouldn't fit in anywhere else; people trying out material or adapting it to suite the venue as it's basically the size of a living room and you can forget about having any reliable sound system. It's got kind of a dungeon vibe - when we moved in all the walls were covered in this weird stucco red stuff that looked like lava or blood or something, and there was a railroad spike driven into the wall where the bathroom mirror should be. It got even better once we moved in. I went on tour and when I came back Duffy's entire room was covered in reflective gold paper with eyes drawn on it and it was being used for regular congregations of the Church of Gods Eye... Anyways, plurrRealityz is shutting down soon. It's important to have somewhere to hang out away from the constraints of bar culture and the sleeziness and vapidity of typical after-hours places. Im going to miss getting Hugy there, but the landscape is always changing beneath our feet and as humans I know we'll change and dance with it."

The Air Conditioned Nightmare is set for release on 6 April via Sub Pop.

More in this category: « Brighton's Phantom Runners Release 'Laserbeam' as Free Download New Track and Tour Dates From Rhodes »
Login to post comments
back to top