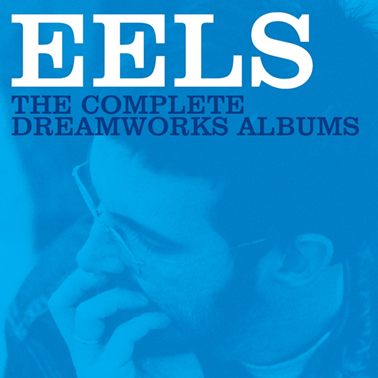 The boxset of Eels albums released recently could well be a goldmine for those who like alternative rock or are just fans of great songs. This is thanks to the breadth, quality and quite unusual nature of the vision of Mr. E’s vehicle’s first six instalments including a live album. The set covers every album released by Eels from 1996 until 2003.

On Beautiful Freak there are a mixture of gentleness and bite, displayed in the music as well as the lyrics. There is also a combination of straightforward, sometimes blunt reporting of events or feelings with strange, often humorous imagery and sharp, clever delivery. The album often touches not only on the personal, but the emotions it taps into have been felt by many in the past and present. Sitting comfortably alongside both alternative songs and more mainstream music, Beautiful Freak could well be one of the albums of the Nineties.

After Beautiful Freak came Electro-Shock Blues, which was decidedly less accessible but arguably more interesting stylistically, though not as good overall. It was even more eclectic than the first effort, with the influence it has took from hip-hop more pronounced and the music’s general sense of unease heightened by an apparent debt to the industrial genre seen in songs like ‘Going To Your Funeral Part I’.  Titles like that indicate that Electro-Shock Blues are not exactly the long-playing version of ‘Happy’ by Pharrell Williams, but the album’s tracks are often uplifting and touching.

Picking up where the second full-length left off, Daisies Of The Galaxy is full of largely acoustic or mellow numbers, but there are still some upbeat and quirky songs that come along for the ride. The album is a prime example of how an album dominated by songs that easily fit into the singer/songwriter genre should be arranged: there is plenty of lush backing, including strings and brass, but also occasions where there is plenty of space. The variety of instruments used are more organic than that of the previous two outings. This prevents the album from sounding too tedious, while the room to breathe stops it from being too crowded.

Souljacker kicks off with the raw and grungy but hip-hop-influenced ‘Dog Faced Boy’, the funky ‘Jungle Telegraph’ and the infectious grooves of ‘That’s Not Really Funny’ as well as the seventh track, an enjoyable garage rocker. If it were as lyrically arresting as it was musically varied it could be almost as good as, if not equal to, Beautiful Freak. Some of the next album, Shootenanny,has a bluesy and country-like feel, although this is not always obvious. However, the album still maintains its alternative essence, which is often present in the album’s outlook and themes if not always its sound, for most if not all of the album.

Eels don't engage in rocking out very frequently considering that they are an alternative rock band, but special occasions are present. One such event is an energetic version of ‘My Beloved Monster’ and a heavier interpretation of ‘Last Stop: This Town’ that can both be found alongside mellower tracks on the live album The Electro-Shock Blues Show (which is not to be confused with Eels’ second studio album and features several tracks from other studio albums).

Eels- The Complete DreamWorks Albums is available on vinyl via Amazon.