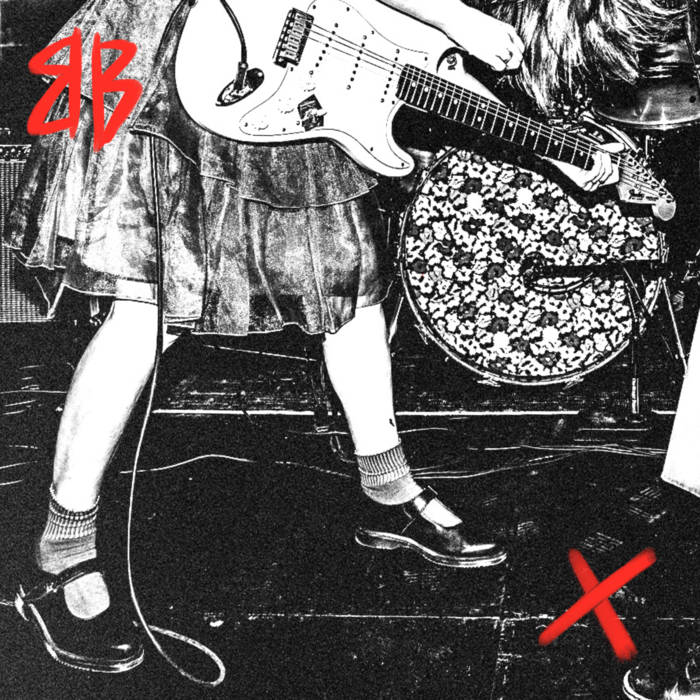 Whenyoung have The Cranberries amongst their influences, so that's already got me wary. 'Never Let Go' brings Runrig to mind. As well as Eurovision. Lighters-in-the-air stadium crowds are what their anthemic sound aspires to. Good luck to them if they reach that point. 'Future' has a musical affinity with Snow Patrol and has a more propulsive beat to its indie rock formula. The band's site shows they have a number of live dates in the UK & Europe during summer and autumn.
Tusks "formulates indie fusions" says the tongue twister in the accompanying booklet. 'Be Mine' is one of those electronic tracks which are probably better experienced live but you'd maybe still have doubts before going to the show. It also stops too soon. 'Peachy Keen' (or Peen as the booklet states) starts off rather industrially then plods along in a maudlin fashion. Tusks' site shows there is now an album out & some shows booked in Germany for mid-September.
With a name like The Blinders I was expecting a lot from the next band. Much like The Killers, however, their name's harder than their sound. This has all been done so much better before. 'Rat In A Cage' plods along and then gets into second gear for the choruses. Think Black Rebel Motorcycle Club doing one of their slower numbers. 'Nuclear Love' aims for tearjerking but who cares? The good thing is you can turn it off. The band's site shows they have a pretty full live calendar at home & abroad for the rest of the year.
Hotel Lux are coming in on the coattails of Idles, Slaves and the rest of the first wave of socially conscious lad rock that's popular just now. This lot are more like Madness though on the knees-up of 'English Disease'. 'Charades' is much the same, with a smidgen of Ian Dury added in. Facebook shows the band are still active.
Lazy Day vocalist Tilly apparently has evocative warbles. 'Tell Me' certainly shows her voice off to good effect but overall the song's not memorable. The indie quartet's second track, 'Weird Cool', sounds a bit like Sleeper (a filler album track maybe) but has nothing about it to hold your attention. The band's site shows they have a few live dates coming up in the autumn.
Whew, only one more set of discs and oddly worded booklet to wade through and then that's it for me and Flying Vinyl, other than to hopefully post out the discs which sell, say goodbye to others at the flea market or try to do something constructive with the coloured ones whilst the black discs go off to become a charity shop's problem. From the above, since originally writing the bulk of the piece, the Blinders & Hotel Lux discs have brought in a few quid so there's hope for the rest yet.
Rate this item
(0 votes)
Tagged under
Tweet