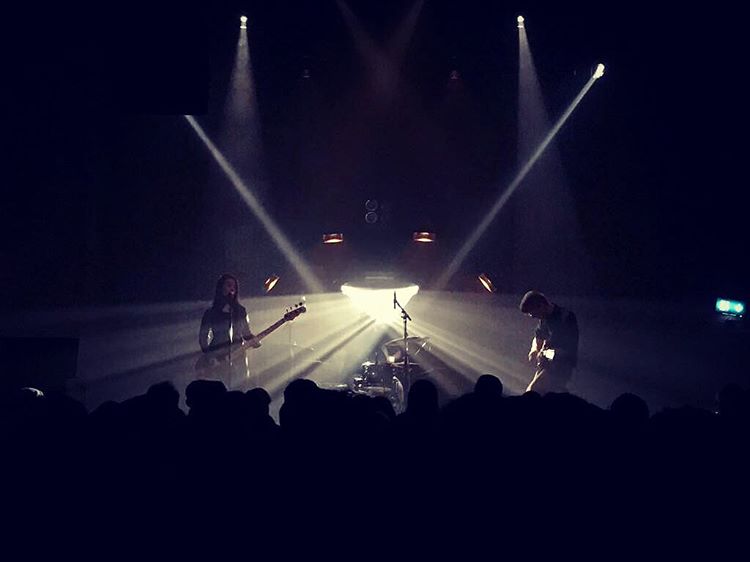 After releasing one of 2016’s finest LPs, Puberty 2, Mitski has kicked off her European tour by completely selling out London’s Village Underground, and following support from tight pop-punk outfit Personal Best, she takes the chance to give a fervent and career-spanning performance which certainly won’t slow her meteoric rise.

With the backing of her band, Mitski’s live performance packs a mighty punch and each hit is dispatched with an intensity that you didn’t realise was missing. There are still creases to iron out, as her voice is nearly drowned out by her band during the opening couple of tracks, but once she hits her stride, she does so with force.

This turns with Puberty 2’s ‘I Bet on Losing Dogs’, where her swirling guitar riffs and haunting vocals are allowed to take prominence. But rather than dining out on the success of Puberty 2, she revisits 2014’s brilliant Bury me at Makeout Creek. Through the pounding drums of ‘Drunk Walk Home’ andthe charming melodies of ‘First Love / Late Spring’, it’s a conscious nod to her earlier work, and a signal to recent converts that she’s long since earned her stripes.

Through a haunting rendition of ‘Happy’, and a spellbinding performance of her most recognisable song, ‘Your best American Girl’, she tees the night up perfectly for the performance’s standout moment.

Puberty 2’s ‘My Body’s Made of Crushed Little Stars’ comes in under 2 minutes long. It’s fast, and it’s almost deafening as she delivers an impassioned rallying cry over dirty riffs, for her millennial audience. There’s a moment where her words echo around the cavernous venue, leaving a lasting impact as she screams, “I want to see the whole world, I don’t know how I’m gonna pay rent, I want to see the whole world.”

She closes the night by delicately thanking the crowd for making her dreams come true, before launching into ‘Class of 2013’, from Retired from Sad, New Career in Business. It’s a fitting end, and refreshing to see a rising star so proud of their formative work, even though, on this evidence, the best is yet to come.