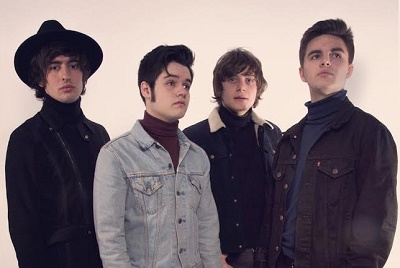 Formed in early 2013, it didn't take The Turning long to gain a reputation for being one of the most hard-working bands doing the rounds at the minute, something which is expressed through their constant writing, gigging and their own promotion of their music. Having recently wrapped up an extensive 12-date UK tour, the last 18 months has been a whirlwind for the band seeing them sell out headline shows, whilst supporting artists such as The Strypes.

Having developed their very own style early, the band often mix a number of influences both old and new allowing for a timeless and timely aesthetic. Most recently, their new single 'Groundhog Day' sees the band mixing a punk urgency with a refreshingly modern flair. The video for which can be streamed below.

After playing their first festival at The Isle Of Wight in mid June, The Turning prepare for more festivals throughout the summer followed by more touring throughout the autumn.

More in this category: « CHVRCHES Announce Second Album For Autumn A Place To Bury Strangers Announce European Tour And New Video »
Login to post comments
back to top