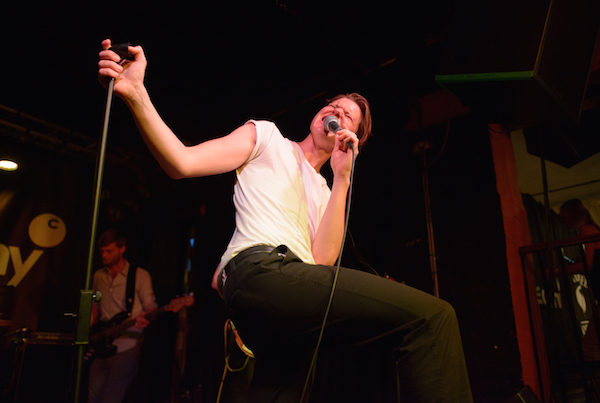 Despite the soaring temperatures outside we find ourselves, in what feels like a sauna as Frankie & The Heartstrings are about to take to the stage on the day that their third album Decency is released. They’re in typically high spirits as Frankie Francis and the rest of the guys take to the stage, it’s been a remarkable two years for these guys with awards for being the hardest working in band in music. As well as running the wonderfully successful Pop Recs in Sunderland, and despite the small glitch in the life of Pop Recs we hope it will find a new home very soon.

They waste very little time in getting stuck into the new tracks with title track Decency being the first out of the blocks, as ever Frankie rules the stage as he shimmies about the stage crooning over this adoring crowd. As the older tracks provide epic sing alongs Photograph being the first of the evening but its followed by a plethora of others including That Girl That Scene. 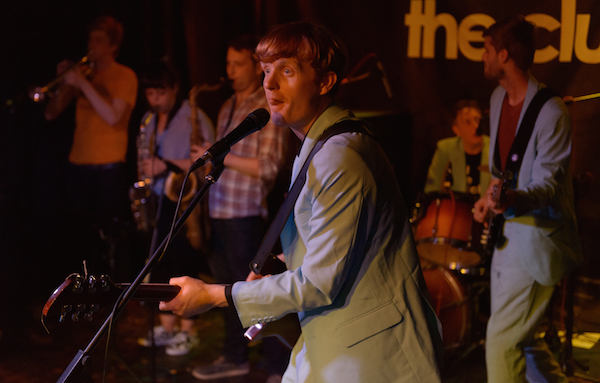 Their jaunty prowess is never in doubt, yet these classic tracks provide the perfect reminder before they delve into the bowels of their new release. Balconette is perhaps the closest to the older tracks and subsequently garners a similar reaction to the aforementioned tracks. However, the other tracks from Decency go down incredibly well to, they’re more mature in their sound and outlook but still contain that Frankie & The Heartstrings magic.

Hate Me Like You Used To being the perfect exponent of this, its harsh undertone and heartfelt lyrics go down well despite the jovial atmosphere. As does the equally deep Someday Anna, their set moves along at a phenomenal pace as Frankie welcomes a horn section to the stage. As they take to the stage the set transcends its previous pace and moves everything up a gear, Money easily becomes the highlight of the night. 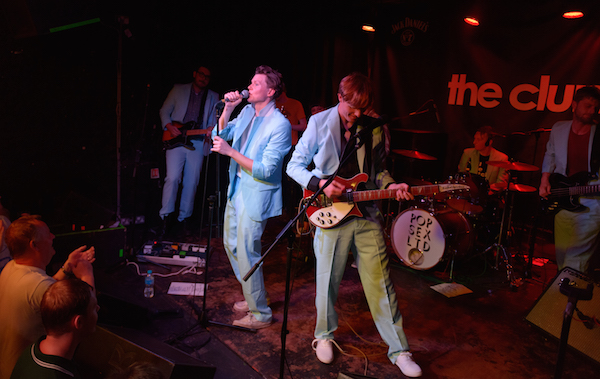 Its upbeat party atmosphere that’s cut with Frankie’s trademark deep lyrics, providing a moment to savour. Frankie & The Heartstrings are in insurmountable form this evening, an undoubtedly jubilant celebration to mark the release of their incredible new album. As the band close out the night with a quick costume change into their striking blue suits, rousing versions of both Think Yourself Lucky and Hunger capping off an incredible evening of fantastic music.