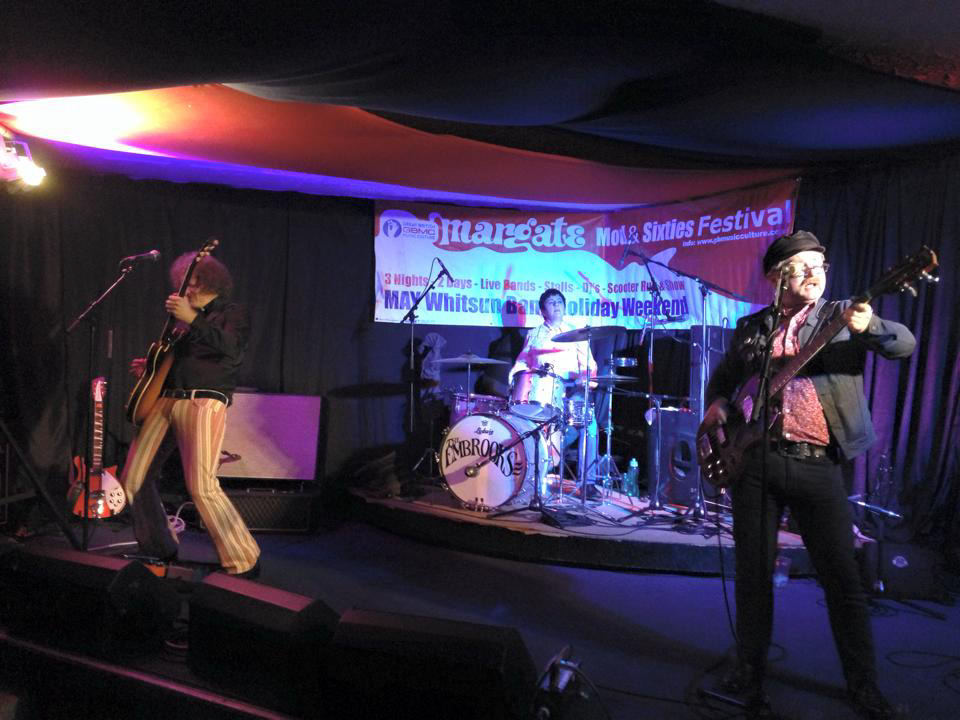 I did a calculation the other day, and alarmingly it's been around 20 years since I last saw The Embrooks play at The Narrow Boat in Nottingham. I chatted with guitarist / vocalist Alessandro and asked, apart from other things, what's up with those flares?

After our first reunion show on Dec 31st 2015 as part of Hipsville NYE party in London (Camden), we have been committed to a few shows in the UK (Norwich, London, Bristol, etc.) in the summer and the Gambeat Festival in Barcelona in September this year. We recorded a new original track backed by a brand new version of our classic 'Helen' for a 45 release on State Records. We are looking forward to do as much as possible in the near future. There are already offers to do more shows in 2017.

Debbie: How did you guys meet and evolve?

We met in the summer of 1995, when Mole’s group at the time, The Mystreated, played with the group Alessandro was playing then, Head & the Hares, at the Italian beat festival in Castel San Giovanni (Piacenza). In September of the same year, Alessandro moved to London to study and stayed in touch. Mole and Lois first created The Lyds (Lois on drums, Merv on guitar and Mole on bass and vocals), they released one single as Lyds then Merv left and Alessandro was invited to join. The group really began to exist at the end of 1996 and lasted until the summer of 2005 (our last show was in Liverpool as part of The International Pop Overthrow Festival). We have reformed since September 2015 with the same lineup (Mole, Lois and Alessandro).

Debbie: Walk us through your main influences...

We are influenced by the aggressive '60s pop (Easybeats, The Who, The Small Faces, Move, The Yardbirds), '60s freakbeat/psych bands (Eyes, Creation, Game, Smoke, Open Mind, The Koobas, anything on the Rubble compilation series), the rock of the late '60s early '70s (Led Zeppelin, Black Sabbath), classic pop (The Beatles, Zombies, Left Banke), the US garage rock (Love, 13th Floor Elevators) but also lots of European and Australian beat. Many different things as you can see!

Debbie: The Embrooks are playing on Saturday evening of the Franklin Fest weekend, what can we expect to see?

Our shows are known to be loud and highly energetic. Freakbeat is no longer in ‘fashion’ these days and there are not many bands that sound like us around. In addition, we believe that our music has potential to be appealing outside the usual niche of '60s aficionados.

Debbie: What you are looking forward to the most about playing at the Franklin Fest?

One of us (Mole) played the Festival last year so we know that it will certainly be a lot of fun. We expect to re-unite with some of our historical fans who live up North and Scotland but also to conquer ‘new generations’ of freakbeat-ers and rockers who have not heard or seen us live before!

Debbie: Last question, where did you get those flares?

Ha ha…..I stole those from my ex-wife! 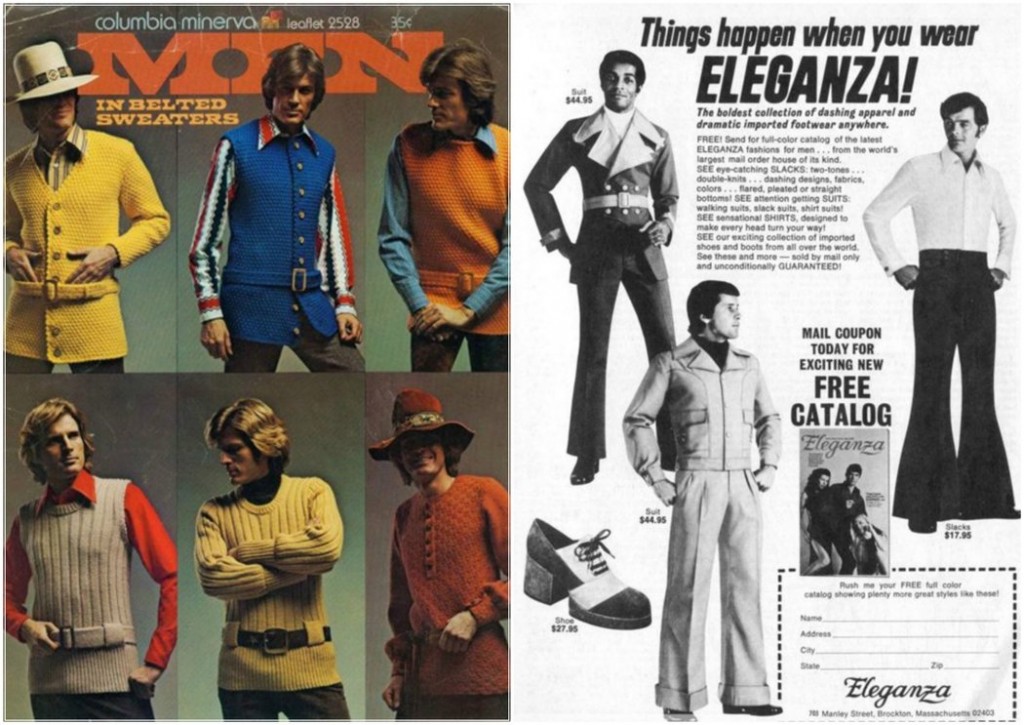 More info (and less personal questions) about the band can be found here: https://www.facebook.com/theembrooks/

The Embrooks will be playing on Saturday 25th June at The Franklin Fest from 7pm with the likes of Oh! Gunquit, Thee Jezebels, The Mindreaders and The Sine Waves! Tickets can be purchased here... tickets-scotland.com