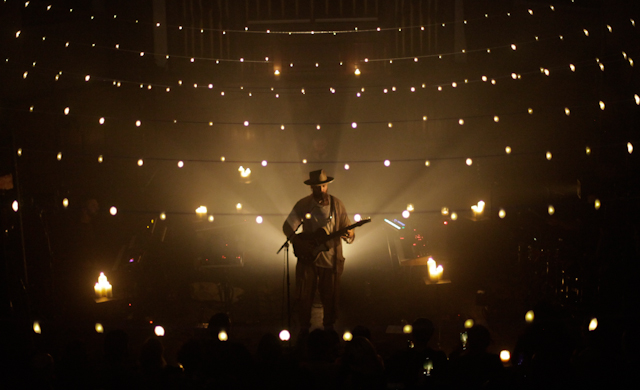 Had I not listened to FluxFM (a radio station from Berlin) for some time now, I’m not too sure if I’d come across RY Cuming, better known by his stage name RY X. The first time I heard one of his songs on the radio I was instantly hooked by his music, despite his tenor voice and electronic chilled music not being what I’d normally go for. So when I saw he was about to play St. Luke’s in Glasgow I knew I had to go.

I ended up going on my own, excited to see and capture him in the setting of a beautiful church. By the time I get to the venue his support is about to finish her set. RY X comes on stage at 8:30pm dressed in layers of light coloured flowing clothes and a matching hat. He almost has the aura of a priest or preacher. The stage is only dimly lit, there’s even proper candles spotted around. It couldn’t be a more perfect setting for the soft almost soothing music he and his three band members are about to play. Apart from a drum set and RY X’s guitar there’s synthesisers and a lot of other electronic gear that is being used. 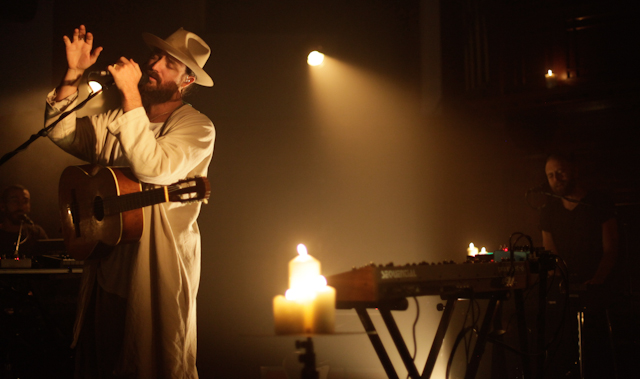 After two songs RY welcomes the audience and tells them how nice it is to be back after such a long time and that this evening is the first gig of a long tour.

He then goes on to play 'YaYaYa', a single from his recently released second album Unfurl. The start to 'Untold' is atmospheric and almost hypnotically beautiful. 'Bound' is one of the songs played live for the first time that evening, but you can tell that a lot of effort goes into coming up with the perfect arrangement for their live performances. 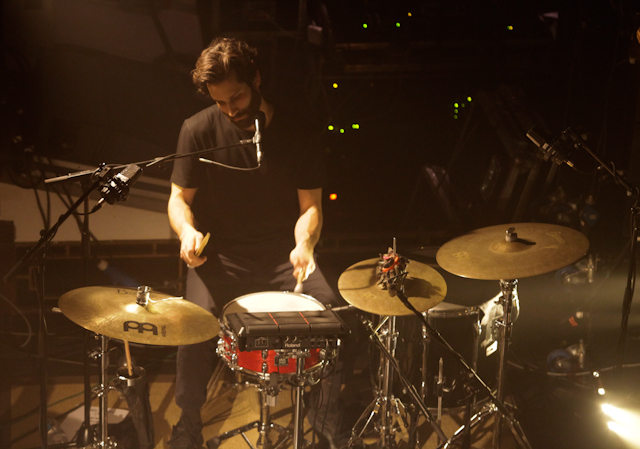 One song would melt into another if it wasn’t for the short breaks in between to get ready for each song. 'Berlin' (their first single, released in 2013) and 'Howling' are two of the songs that get the biggest reaction from the audience, who are otherwise in complete silence while RY X is performing for over 90 minutes.

I leave the venue, calmly uplifted and almost feel like I’m floating through the streets of Glasgow.