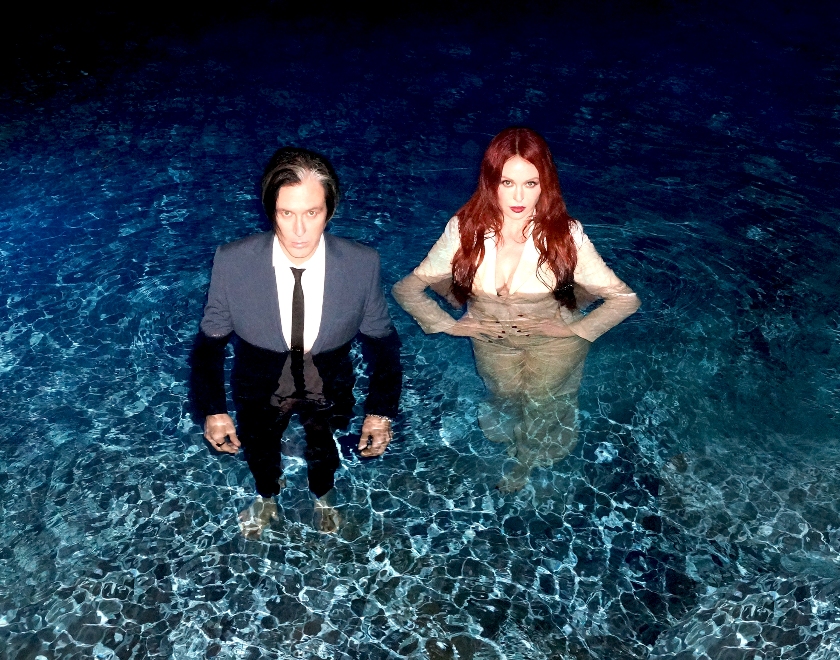 When we last saw Sweethead, the LA-based band featuring Queens of the Stone Age guitarist Troy Van Leeuwen and Serrina Sims was touring in support of its self-titled debut album and sharing stages with the likes of Snow Patrol, Them Crooked Vultures, Puscifer and Eagles of Death Metal. They’re picking up where they left off with Mortal Panic, a free six-song EP available exclusively through Noise Trade HERE.

Produced by Van Leeuwen, Mortal Panic features a cover of Love And Rockets’ “Life In Laralay” and The Kinks’ “Tired Of Waiting For You” along with a handful of rarities, including the group’s first-ever release, “Antony,” and the title track, which is a brand-new song that will also be featured on Sweethead’s upcoming album. The album features guest appearances by Queens of the Stone Age drummer Jon Theodore, Eagles of Death Metal bassist Brian O’Connor, The Dead Weather guitarist Dean Fertita, former Broken Bells bassist Jonathan Hischke, Plexi drummer Norm Block, Mark Lanegan Band bassist Eddie Nappi.

The EP is a precursor to Sweethead’s full-length release, due out in early 2016. In the meantime, Sweethead will be doing select shows and Van Leeuwen, whose resume includes work with A Perfect Circle, the Mark Lanegan Band and Failure, will be joining the latter on their upcoming US tour (launching in October).

With a name inspired by the 1971 David Bowie track “Sweet Head” and influenced musically by the likes of  Blondie, The Pretenders, P.i.L., Pink Floyd and Gary Numan, Van Leeuwen and Sims formed Sweethead in 2008.

The group was forced to go on hiatus after a motorcycle accident left Sims with serious injuries. Van Leeuwen has spent the past few years recording and touring with Queens of the Stone Age, including 2013’s Grammy-nominated Like Clockwork album.

More in this category: « Le Guess Who? 2015 Keeps Getting Bigger And Bigger How To Become A Part Of Long Division In 2016 »
Login to post comments
back to top