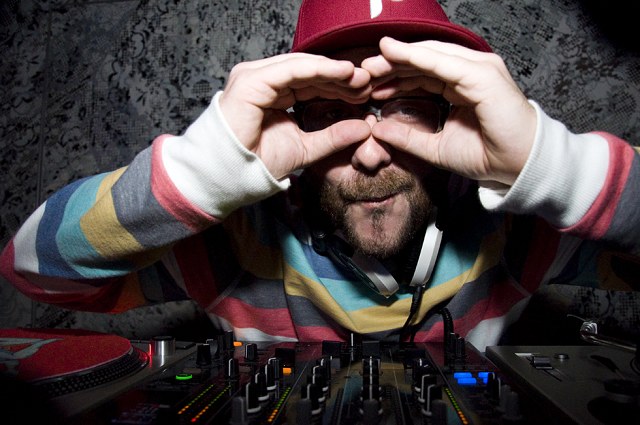 Track of the week:  ‘Dance’ by Brassica feat. Stuart Warwick

I love the vibe that this one has. This almost alienated, melancholic vibe, something you can definitely see happening on top of a modern dance/ballet performance. Soon that feel gets aided by some percussion, and there’s also a bass line happening, which is hid pretty well to not make it the main element here. There are some stops, like at about 2:10, where those rhythm elements are cast aside for a minute and Brassica just let the vibe happen, though a couple of seconds later the rhythm section comes back with a vengeance, including some extra synths to make it a bit more bombastic. That bombasticness is dialled back when Stuart Warwick comes in again with his beautiful vocals narrating about a love that has ceased to be. The vocals, in terms of feel, fit the sound perfectly. The rhythm makes sure this one doesn’t come to a halt, but there’s plenty of piano and synth to keep the atmosphere high and happening. Brassica recently released an album, so be sure to check that one out if you haven’t already.

It is one of the best tracks of this year, that single by Future Islands that probably propelled them to stardom. The lovely thing about this Badbadnotgood remix is that it sounds nothing like the original, which makes it a surprising and fun thing to listen to. They take the vocals of the album track, but they seemingly score it like you would do a film. As if they’ve put a big band behind it and just let’r rip. So you get this lovely cinematic vibe with plenty of bass, piano, and the whole shebang, and with these delightful transitions to a faster pace during the chorus, which is almost so old school that it becomes pastiche. I just love it, because it turns the track completely upside down and inside out, and they do this in a format that is both far removed from the original as well as far removed from our current day listening experience.

Johnny Jewel seems to be clearing out his vaults or something, coming up with some old-but-new tracks like that alternate version of ‘These Streets Will Never Look the Same’ (a track which I just adore). This one (‘White Light’) is a lovely middle-of-the-night affair. A slow burner, with those melancholic, fragile vocals asking for that White light, sing your love to me. “White light, do you still dream of me? I’m so lonely in this world,” she sings. Obviously, those beautifully haunting vocals are set to this typical Chromatics back drop, with just a bucketload full of atmosphere, which they manage to achieve without crowding the whole thing up. I just love that whole feel of not only the Chromatics, but also Glass Candy, and if you do too, then you can be nothing but happy that these things get thrown out there for you to have a free listen to. It’s like a little present for you to have before those Christmas days come, and it certainly gets me in a cheery mood.

‘If I Had a Dollar’ by Tanner Ross

Don’t you just get that old school ballad vibe from the start with that piano? I just love that, definitely puts the mood right in from the get go. Add to that this little, light guitar line, so smooth. Then you get the distorted male vocals that come in singing that If I had a dollar..., and shortly after they put a little wrinkle of funk in there, which a bit later is combined with the starting piano sound. And there a little bit of fun comes in, because Tanner Ross does well to alternate between these two sounds, creating this funky mash-up vibe which is a lovely bit of fun and music. Just this combination of those ballad sounds from yesteryear with those snippets of funky synths; that really makes the track for me. I mean, just take those moments before and after that break at 3:30, the way he plays up that juxtaposition there, that’s really nice. Not your average day thing, that’s for sure!

‘Too Much Love’ by Francisco & Cosmo

From the get go you definitely get the feel this one was made with the club in mind, it has just this vibe of dancing to it. Just has some of those old school house elements going on at the start, though after about a minute they throw in a slight wrinkle with that synth, making it a bit more italo and lighter as well, as even the percussion is lifted out of the realm of the deep. Not that it has any impact on the dancing though, as the synth is catchy enough to carry that load, and there are still enough percussion elements going on to be holding on to. At 2:30 some talky vocals come in, telling you to Not push your love, after which more singing vocals come in. The talking vocals are decidedly male, and with the singing I also here some women coming in and doing their thing, a division which is decidedly house music. And while the synth keeps on going, the girls are singing that the Sound is good, so what more invitation do you need to dance, really? I really like some of the segments where they go really light and then transition to that rhythm synth which is slightly deeper, that’s a lot of fun. At about the six minute mark (this track clocks in just under ten minutes) they have a nice little change-up shortly followed by the re-introduction of the vocals, so that keeps it fresh enough to keep dancing to. And as said, the vibe is surprisingly light, which makes it just that bit more easy on the ear to get to that 10 minute mark.

The real question probably is, do you want to listen to an edit of a song that maybe for some meant the death or height or overkill of disco? If you are not bothered by any such context, and if you relish in the nostalgia factor of it all, then this RLP remix will provide some fun. It is a slick, smooth, edit of the old Bee Gees' classic. There’s not a false note in here, there’s nothing too out there, it just rolls on like a mothersomething. Naturally, he’s put plenty of the lyrics in there, including loads of “night fever, night fe-veher!”, but there’s also the drum beat, all kinds of old school sounds, and even a dashful of strings to help the brothers stretch this one to a 7 minute affair. At about 4:45 there’s even a break, with loads of echo in the vocals, what sounds like an organ, then the strings come in, the percussion, and RLP builds it back to the essence of this remix: a smooth, dancefloor edit of a track that just about everyone knows. Young hipsters and those approaching grandmother status can be dancing side by side to this one.