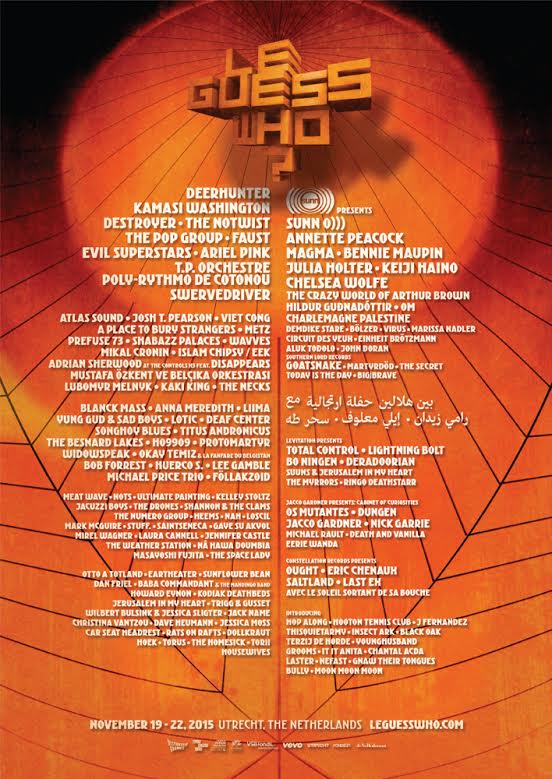 Never ones to do things by halves the Le Guess Who? team's final announcement of additions to this year's line-up contains no fewer than 55 further acts joining an already highly impressive bill of world class performers.

Now included in the Sunn O))) Presents strand of the festival are The Quietus's John Doran, Hildur Guðnadóttir and a double dose of death metal from Virus and Bolzer.

2015 also sees the festival bring into being a bunch of free shows under the headline Introducing. The bands performing over the weekend under that banner are as follows:- Hop Along; Hooton Tennis Club; Bully; J Fernandez; Terzij de Horde; thisquietarmy; Insect Ark; Younghusband; Grooms; It It Anita; Chantal Acda; Black Oak; Moon Moon Moon; Gnaw Their Tongues; Laster and Nefast.