A Certain Ratio, who celebrate their 40th anniversary this year, have shared ‘Houses In Motion’, an unreleased track taken from the new box set, ACR:BOX, out on Mute on May 3. This unreleased version is reworked from original tapes, recorded in 1980 with Martin Hannett. The track, a Talking Heads cover, was intended as a collaboration with Grace Jones. Although Jones attended a session with the band at Strawberry Studios in Stockport, her vocals were never completed and the vocal on this version (recorded by Jez Kerr, prior to him becoming the band’s singer) was only ever intended as a guide vocal.

Jez Kerr continues, "It was great to find this lost track and, even though the original idea was for Grace Jones to sing on it, I think this version captures the essence of ACR at their best – when we are being ACR and sounding like no one else."

The band have announced an extensive UK tour kicking off on 27 April when they’ll bring their blistering live performance to Barrow-in-Furness, before a show at London’s Islington Assembly Hall on May 4. The band have also announced a 2-day ACR festival at Yes, in Manchester, on May 24 (the anniversary of the actual release date of the original ‘All Night Party’ 7”) and May 25 with live sets from Section 25, Sink Ya Teeth, Gabe Gurnsey, ShadowParty and Eric Random joining DJs Daniel Miller, The Other Two (Stephen Morris and Gillian Gilbert), Jon Dasilva, The Orielles and more for a takeover of all four floors of the venue. A Certain Ratio play three sets over the two nights, including a very special set with guests including past band members for a performance on Saturday May 25.

ACR:BOX was remastered by Martin Moscrop at Abbey Road studios. Featuring over 20 unreleased tracks, the box set will be available as a 7 x coloured vinyl set, 4 x CD set and digitally and its release will coincide with a series of dates.

30 May – Sheffield, The Leadmill (Steel Bar) 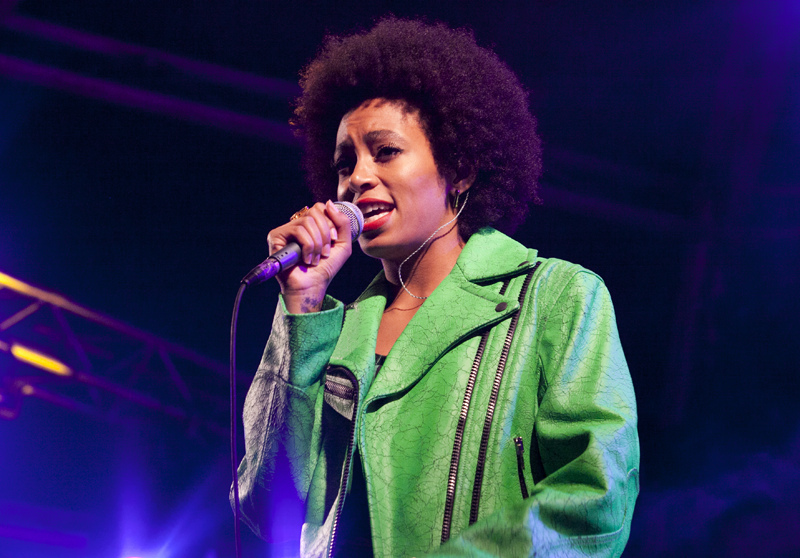 A weekender in Barcelona always gives you fragments of memories you’ll be carrying around for a while. Maybe that snippet is a cultural thing. Like how people just wash the beach sand off their bare bodies in plain sight (exposing perhaps more our prudishness than their nakedness).

That little vignette might be that, during the heat of the day, young people still pay their dues on the soccer pitch or basketball court instead of evading heat and work inside.

And then we’re not even on the Primavera Sound site yet.

Primavera has treated me well over the years. Fragmented memories still linger in my brain. That of a boy waiting, by himself, for over thirty minutes, clinging to his multi-coloured rucksack at the front where Blood Orange will, momentarily, perform a fantastic set.

The snapshot of a completely enthralled crowd silently taking in the sounds of Radiohead. Even if, standing mid-field (at best), that’s more than anyone could expect.

Or ingrained in my memory the reunion tour of Slowdive, which saw two people faint right in front of me during a set that propelled me to get tickets for their upcoming European tour.

This year is sure to add a number of vivid recollections to that (although not as much as, perhaps, in past editions was the case).

One thing is for sure, Primavera this year turned into a monarchy, reigned by two Queens high and mighty. Both providing iconic moments that created everlasting memories.

How about Solange, whobreaks her calmness and serenity at the end of the set during ‘Don’t Touch My Hair’, punching the “What you say to me” lines whilst powering herself through some defiant dance moves.

While she freaks it out, the rest of the band (all dressed in similar orange hues) still do their calm, pre-meditated dance moves. Solange herself, when chorus moves to verse, returns to her cerebral aura, calmly, yet with poise, explaining that You don’t understand what it means to me.

Grace Jones, off-screen, mentions, during one of her many changes in clothing, that she’s eaten too much. And could the person buttoning her up please stop laughing and get it done.

All in good jest.

As are her comments that with the wind, she doesn’t need fans. Not the audience, of course. As the fans, they blow her good.

Continuing that trend, she fans the male dancer who dances around the stripping pole during one song, the both of them scarcely wearing more than body paint. In that same attire, but with different accessories, she tells us to Pull up to the bumper baby, inviting the voyeur in to make us complicit in her funky sex scene.

Both touch upon the essence of being oneself. Solange, mostly using material from her new album, walks us through life as an African-American woman in contemporary America. With the hardships and structural discrimination that takes place. She forgoes the angry woman spiel deliberately, instead she coolly, artfully states her case with understated poise.

Be weary, she sings, of the ways of the world. She sings that she has Got a lot to be mad about, but is never allowed to show. Or tell. Or explain. So she talks about how she tried to drink it away. Read it away. Run it away.

The album already is a superb vision of contemporary life for the African-American woman, and live she syncs it up by controlling the whole creative process. The choreography isn’t akin a pop choreography, but it is like theatre, like performance art. From when I saw her years ago in a small venue off the back of the fun True to this, it is clear the leaps she has made.

Grace Jones, meanwhile, goes back to her roots. Musically, with the rhythms, the genres, and the texts, and with her songs, singing about Jamaica, going back to Hurricane. Where Solange choose to express her pride in an understated manner, Grace Jones fills every corner of the festival with it. A Jamaican woman of a certain age, who is to tell her don’t do body paint, don’t talk about sex, don’t dance with younger men equally dressed in nothing. She too, is in complete control of the whole creative process, from the costumes to the set-up to her charisma on stage.

Her voice, too, still sublime.

These two women show power and pride in different ways, both hitting the mark exquisitely.

Both artists send out a specific message and vision, but through that also a broader theme. One of empowerment, of being oneself, and of being proud.

All hail the Queens of Primavera 2017.