The weekend proper sees Incubate's free shows proliferate, so today started off with a visit to Diggers record store (vinyl only for all you junkies out there) to take in the ramshackle garage tunes of trio Seymour Sachs. Nice guys but a little bit too uncentered. The Mighty Breaks, on just up the road at the Spaarbank cafe, just had the edge in terms of tighter songs etc. But then it's all down to individual taste when you're playing as much as watching.

From there it was on to Paradox for Sideshow Bob lookalike Jacco Weener and his set which was more performance art than performance. There's a first time for everything and this was the time to see a member of the audience drag the performer round the stage by a specially made shoe with a strap so that the latter can then stab randomly at the piano keys. Mental.

Hall Of Fame only had shows tonight and Sunday this year and Wren were the first act experienced there. Unfortunately they turned out to be rather unmemorable. Czech hardcore quintet Tosiro, on the other hand, presented a taut and introverted set at V39. Their stage dynamics alone provided a wealth of study.

From there it was back to Hall Of Fame for another UK act - Human Future. A sextet, they play with their hearts obviously on their collective post-rock sleeve. Too internal with their angst for my taste they were nevertheless great lads to hang out with and definitely had the drunkest drummer of the weekend. A swift look at some of the festival's art programme was now attempted but Bert Scholten had no other visitors so, despite his one euro beers and the fact he was obviously a nice bloke, requesting he play a song felt weird so it was off in search of another band.

And one was duly found, in the sassy shape of Dutch duo O, Kutjes. A pair that would in no way be out of place on Edinburgh's Fringe in August (hint, hint) their comedic but empowered take on rap and sex came over as a cross between Stereo Total and Le Tigre, particularly on the song 'Pow Pow'. You didn't need to know Dutch to get the overall humour.

Slow Down Molasses were mining the more emotional seam of their work over at Extase & going down just as well as on the previous two days. Emotions were also readily on display in 013 with Eagulls putting in a charged show  with near perfect sound against a backdrop of the film Metropolis, which was weirdly apt. They've come on a long way since I first encountered them at Long Division 3 years ago but look set to continue further still.

Mazu were the next unknowns to be checked out. Math rock is their bag and musically they deliver that fine. For me though their vocals sounded like a more annoying Hookworms. There was now a period of hanging around and blethering up at Hall Of Fame (& thanks to the chap from Mary Fields for passing on their CD) before Slovakian quartet The Ills knocked us flat with their Mogwai meets Jupiter Lion instrumental post-rock. Always a type of music where liking or disliking it rests on the thinnest edge but these guys were well & truly over that edge on the right side. Having driven all the way to Tilburg they clearly needed to blow off steam and proceeded to do so in a full on set that was lapped up by those wise enough to attend.

One more day to go and plenty of possible highlights within it.

Many thanks to Patrice for the tour round the main hall of 013. 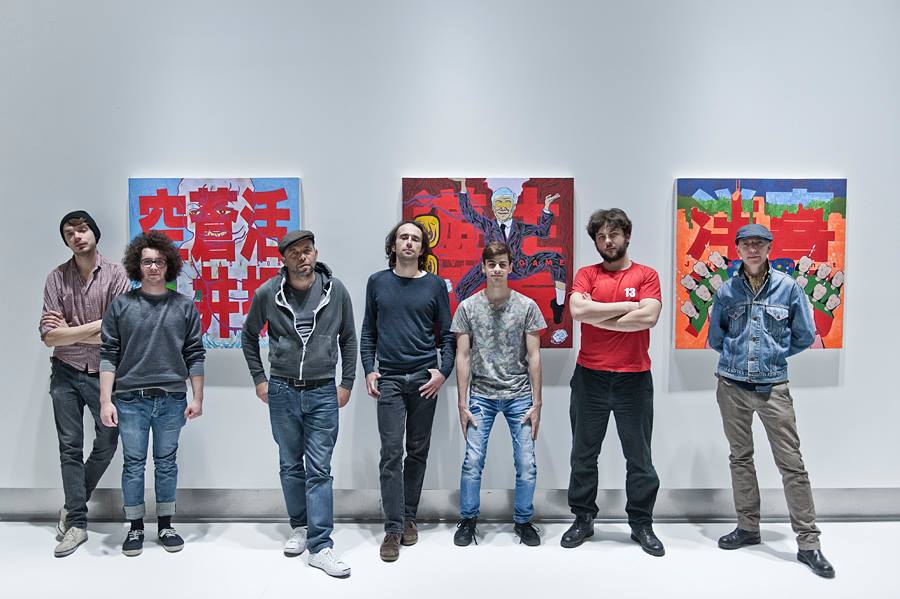 Liverpool International Festival Of Psychedelia returns this September 23 and 24 to the warehouses and recesses of Camp and Furnace, Blade Factory and District, in Liverpool’s Baltic Triangle.

The festival has announced its second round of artists, joining iconic Welsh psychedelic trailblazers Super Furry Animals and Southend’s kaleidoscopic dream-weavers The Horrors as headliners for this year’s fest.