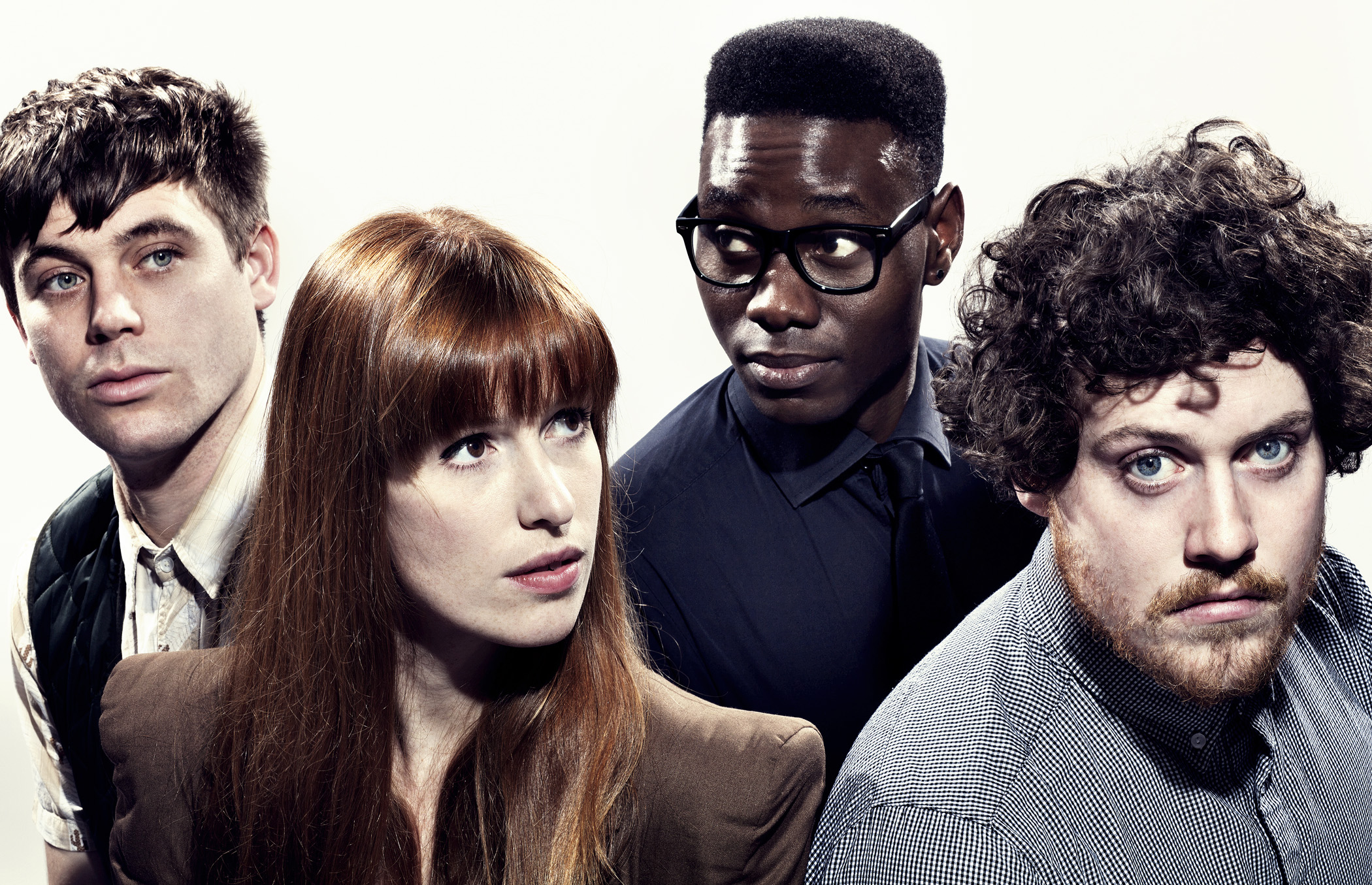 Although for the past few months Metronomy has been restlessly touring America and Europe, the English foursome have returned to Glasgow for their second gig in the city this year. And, as always, it is far from being a let down.

Metronomy are well-known for their attention to detail when it comes to live performances. Therefore it is no surprise that the stage set consists of Love Letters artwork-inspired cut-outs and that all the members are wearing coordinated white outfits. It's obvious that the band enjoy the performance; frontman Joseph Mount is chatting to the crowd about Christmas, bassist Olugbenga Adelekan exchanges smiles with the fans, and drummer Anna Prior is goofing around with keyboardist Oscar Cash, as they do their synchronized dance to 'Heartbreaker'.

The set is a mixture of the new and old material: the band play almost all the songs from their latest album Love Letters, their biggest hits from English Riviera (including 'Everything Goes My Way' with Anna Prior as the lead singer), and a selection of tunes from 2008’s Nights Out – such as 'Radio Ladio' and 'A Thing For Me'. Even though every single album the band has released is completely different, Metronomy's unique style and their distinctive sound helps to make their set incredibly coherent. The mix of heavy synthesizers in 'Reservoir' and the slower, almost ballad-like 'The Upsetter' and 'Corinne', with its distinctive drums, all fit together superbly and there’s not a single weak moment to the night. The absolute highlight, though, comes in the form of a cover of The Beatles' 'Here Comes the Sun', with the vocals being supplied by Oscar Cash.  It says a lot about Metronomy that, despite being a very electronic-sounding band, they manage to incorporate such a classic to their setlist without it sounding at all out of place in their setlist. This only proves that they are truly a band of many faces, and many talents.

Even though there has been no news just yet regarding the follow-up to Love Letters, one can only hope that we fans will hear some new music from Metronomy very soon. And if not, another gig or two while we are waiting will be highly appreciated. It never gets old with this band!