Riffs the weight of reinforced concrete and a lyrical nod to Roky Erickson in the first few seconds of 'The Unexplored Map' leave you in no doubt that Wand are back with a vengeance on their second album. It's not all heads down, pile-driving though as the sweetly clean vocal elements in recent single 'Self Hypnosis In 3 Days' and the pure psychedelia of 'Melted Rope' show off the group's wider abilities.

Their good line in found sounds remains as well with plenty of rustlings, gurglings and scrapings between and around the songs. Ultimately though it is those riffs that occupy the foreground of your attention here. Time and again the quartet pound away to great effect over the course of the bulk of the album's nine tracks.

Space rock is therefore I suppose the tag you can most readily apply to what the lads have produced here (from start to finish a job of only 12 days) although there's very evidently a strong punk element bouncing around just beneath the surface, something less obviously in the mix on debut album Ganglion Reef.

Given how accomplished that aforementioned debut was the strength of the songs on Golem comes as no surprise. Having now seen how young the band appear the possibility of them adding many more releases of this quality to their tally is a distinctly pleasing one as they look like they've amassed barely 60 years on the planet between them to date. Talent of this level deserves all the outlets that can be afforded it.

Golem is available from amazon & iTunes. 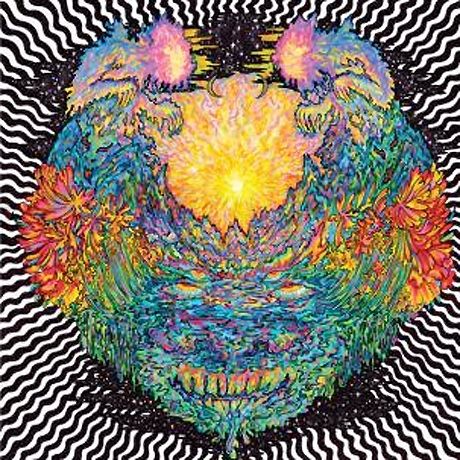 Cynicism knows no bounds in relation to my interaction with music these days. Being able to hear more of the stuff than ever before hammers home the point that there’s nothing that’s not been done before. Which is why albums such as Meatbodies’ debut are even more welcome than in the past, reaffirming as they do one’s faith in the sheer enjoyment of loud and fast indie rock.

So what if a number of the songs got me thinking about when Elastica were sued for using a Wire riff? Influences are worn on sleeves in far worse ways than the start of ‘Mountain’ sounding like Sonic Youth’s ‘My Friend Goo’ or ‘Two’ readily bringing to mind ‘I’m Coming Home’ by The Prisoners. That the quartet’s own stamp is so obviously all over these songs and the rest of the album makes the whole enterprise a distinctly honest endeavour.

Fan’s of Ty Segall & Mikal Cronin will be aware of band leader Chad Ubovich from both of those guys’ backing groups so it’s not giving the game away to any extent to say that there’s a common stylistic link between the three blokes. In terms of the energy that the record exudes ‘Change’ from Cronin’s recent MCII album is a good touchstone and, going further back, the Action Swingers' Decimation Boulevard album is only slightly more relentless.

Over the summer I’ve struggled to find releases that are clearly going to be favourites in years to come (for some reason there were more ready examples in the first few months of 2014) but Meatbodies, with it’s stoner thrash weight and rock god guitar trickery combination, was a shoe-in right from the opening chord of ‘Disorder’. Playing this to death and scanning all forms of media for tour dates should be something that occupies you as winter approaches.

Meatbodies is released on October 20 and available from amazon and iTunes.