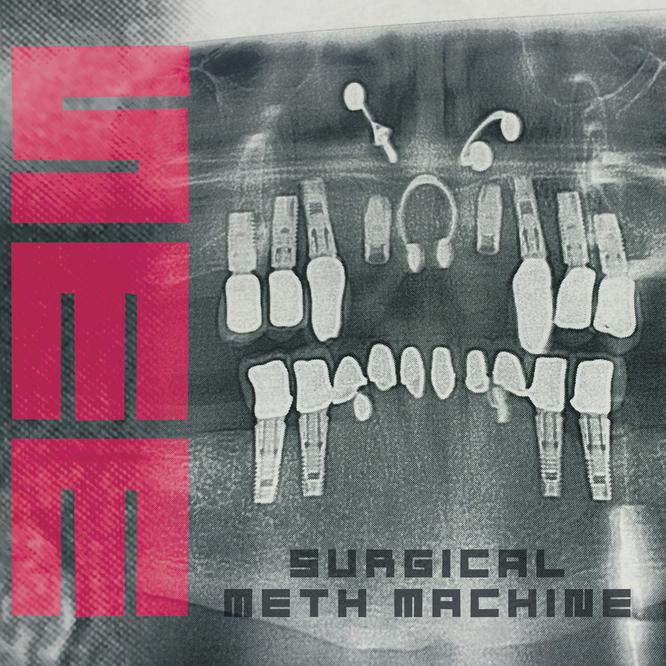 Picking only ten punk and metal albums from 2016 is like trying to decide which death of a musical icon affected you most. Nevertheless, after many tears, much gnashing of teeth, and a hostage situation with a beloved teddy, here are Musos’ Guide’s top 10 albums of the year; with a “Ho, ho, ho!” and a “Hail, Santa!”

Against Me! - Shape Shift With Me

It was a good year for bands whose names begin in an ‘A’. None more so than Against Me! The Floridian quartet have, without fanfare, made the best two albums of their career. Soon after Thomas Gabel became Laure Jane Grace, she found herself without a label and with half her band gone. She proved that revenge is a life well lived with a career best performance of Transgender Dysphoria Blues in 2014 but this year she made Shape Shift With Me and put every other Against Me! album in its shadow. An absolute gem of acerbic, melodic punk, Grace’s voice is better than ever and the tunes are punky, tuneful, intelligent and emotional. ‘Crash' and ‘Rebecca’ are two of the finest pop punk tunes you will ever hear and on ‘Norse Truth’ Grace gets furiously experimental.

Anthrax - For All Kings

It's the new Anthrax album. It sounds like Anthrax. If you like Anthrax, you'll like For All Kings. Another band hitting a career high, New York’s favourite thrash metaller’s 11th album has managed to recapture the spirit of their earlier work without repeating themselves. This is the finest recording Anthrax have put out in a very long time. For All Kings sits comfortably with their very best work. It is refreshing to hear a seasoned act revisiting their roots but still experimenting with new ideas.

Wait, isn’t this a joke band? Yeah, they kinda were. If you’ve seen Sacha Gervasi’s superb documentary Anvil!; The Story of Anvil, you’ll have some idea what to expect from them. What you may not expect are good tunes but Anvil’s fifteenth studio album, Anvil Is Anvil, delivers them from start to finish. The Canadian rockers are unreconstructed old school metal. Like their pals in AC/DC, every song starts with a big riff, and the song subjects are made to match the tone of the guitars.

And the lyrics…Where to start?! Steve “Lips” Kudlow makes Liam Gallagher look like W. B. Yeats. They are cringe-inducing and could easily pass for Spinal Tap. If you only know Anvil from the movie, you should get this album. Any rock or metal fan will appreciate it. Play it loud, where no one else can hear, and air guitar ‘til you drop.

With 11 songs over 35 minutes, Audacity’s Hyper Vessels is a short, sharp shock of tight, aggressive hardcore musicianship, overlaid with catchy lyrics, and delivered in a delightfully tuneful, shouty manner. They have the chops and chantability of Black Flag and DOA, and the fuzzy wall of sound of Husker Du, but thanks to the production skills of Ty Segall, Hyper Vessels doesn't sound like it was recorded in a pub toilet.

Slower numbers like ‘Umbrellas’ display an innate sense of pop songwriting and they know when to drop instruments from the mix and how to bring them back in with maximum impact. Audacity tick all the boxes on this album. This is not the slick, over-produced power pop brand of Californian punk spoon-fed to the masses with poolside videos. Hyper Vessels cleaves through the armour of shitty American pop punk and rends the flesh of generic cartoon punk imitators in twain.

Death Is Liberty - A Statement Darkness

Finnish metallers Death Is Liberty present an immediate surprise on A Statement Darkness. ‘To The End’ begins with an enveloped guitar line and faux-electro drum beat that sounds for all the world like the intro to a Franz Ferdinand single. This doesn’t sound like Finnish metal as we know it. And so it is with the music.

At a time when most metal bands pride themselves on their ratio of notes per minute and the constant throb of double bass drums, the first notable thing about DiL is the space. Space you could steer an oil tanker through. In that context, every note has import and the songs have room to breathe. DiL eschew traditional metal riffing in favour of rhythmic grooves and emotional soundscapes. Sure enough, there are downtuned bass and rhythm guitars, blastbeats and occasional prog rhythms but they are so different from their peers that you wonder if metal is an appropriate description, but no other category will do.

What list of metal would be complete without San Francisco’s thrash gods. Hardwired...To Self Destruct is the looooooong-awaited follow-up to 2008’s Death Magnetic and it is a prime example of why Metallica are the most important band since Black Sabbath. Thirty five years into their career, Metallica produce another one from the top drawer.

Of all currently active musicians, only Madonna and The Rolling Stones have come close to selling as many albums as Metallica but those are mere nostalgia acts; Hardwired...To Self Destruct proves that Hetfield and Ulrich are still amongst the best songwriters in rock. They have never made the same album twice and they are still experimenting. While it is immediately obviously that this is the same band that made ...And Justice For All and Load, there is much here that is new. Some of the songs could have done with editing down but these guys have never done things by halves.

The Mercury award nominees, Savages, dangle complexities of rhythm in the form of throttling guitars and fuzzing feedback in second album, Adore Life. It’s atmospheric, creating black watercolour imagery in songs like ‘I Need Something New’ and ‘The Answer’, both sound almost post-apocalyptic.

The album is shaped like their previous but carries greater lyrical value. It stretches further into darkness with ‘When In Love’ and ’Surrender’ and carries a certain stern face with it. Adore Life is a unique and refreshing sentiment to punk music, so enjoy and relish in the scowl.

There is something quite magical about one of Slaves’ bone-rattling tracks playing after Pitbull's drivel on the radio. This is probably down to Slaves’ playful punk style being more relatable than most, so it would be foolish to deny them from this list. Large crowds eagerly immerse themselves in the madness that spirals out of Slaves one guitar and simple drum set up.

Their latest, Take Control and Are You Satisfied, have only a year's break between them, so it’s bound to have some similarities and it does sound like an extension of their debut. However, working with the Beastie Boys, Slaves have vamped up their entertaining storytelling with tracks like, ’Steer Clear’, ‘Angelica’ and ’Consume Or Be Consumed’ sitting among the highlights.

Uncle Al gets weird and experimental with Surgical Meth Machine, even more so than usual. After thirty years of Ministry, ten Revolting Cocks albums and various other projects, Jourgensen still makes the effort to create something fresh and invigorating. With spasmodic machine gun beats, downtuned guitars, lightning fast riffing, helicoptering effects, and layers of vocal samples, Jourgensen is evidently enjoying the freedom of stepping away from Ministry. It is possibly the best thing he has ever done.

This is the sound of a man using the studio as an expressionist tool, I haven’t heard such a fiercely inventive and musically aggressive record since Primal Scream’s XTRMNTR. Surgical Meth Machine is a Frankenstein assembly of two mini albums. The first; fast, frenetic and heavy and the second; poppy and experimental. The juxtaposition shouldn't work but it makes for an exciting and emotional journey over the course of the album.

This is stoner/doom metal/classic rock with a direct line from Black Sabbath. On first listen it sounds simple but further spins reveal new layers. String samples, a flautist, and additional vocals supplement the spare arrangements, and squealing guitars howl discordant harmonies to the seriously crunchy power chords. The music may be Sabbath influenced but the vocal inflections are more like those of Robert Plant or Muse's Matt Bellamy.

The Swedes incorporate a grunge underbelly. Pelander's guitar shrieks feedback between chords like Billy Corgan’s on the early Smashing Pumpkins stuff. The blunt, bludgeoning riffs smell like Nirvana’s Bleach. Witchcraft went as far as covering the Seattle trio’s ‘Even In His Youth’ for the B-side of the lead single from Nucleus.

‘Nucleus’ and ‘Breakdown’ are 15 minutes long each. It’s those two Brobdingnagian monsters that make this record into something greater than the sum of its individual songs. Given such space to breathe and flourish they explore musical territory that one might not expect from Witchcraft, without succumbing to onanistic prog.