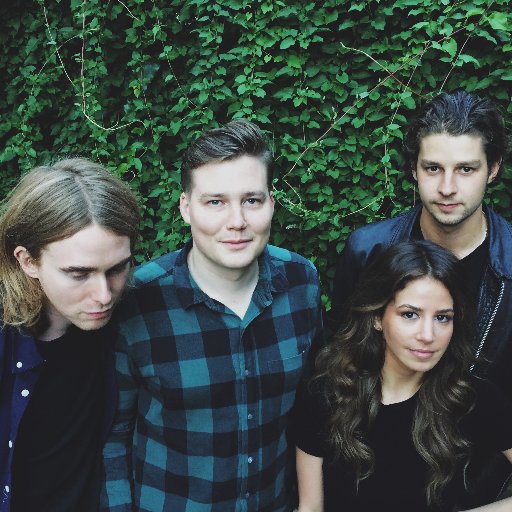 Evawolf have announced the release of their new single ‘I Could Be Wrong’, which will be released today. Melancholic yet uplifting, ‘I Could Be Wrong’ channels soulful, soothing tones with anthemic songwriting that would be at home in both intimate settings and stadiums alike.

Citing influences from the likes of Arcade Fire, Fleet Foxes and Smashing Pumpkins the band seamlessly merge pop, rock and folk into a catchy and heart-rending new blend of alt-rock.

Formed in East London in 2015, Evawolf were originally a two-piece consisting of childhood friends Joey (guitar, vocals) and James (drums). The pair then enlisted Natalie, who initially joined the band as guest violinist but soon became an integral part of the band’s melodic sound, and bassist Danny to bring depth and fullness to Evawolf’s overall intrinsic sound.

Their debut single ‘When The Truth Is Out’ came out last year and has had over 310k listens on Spotify to date. The band will be playing a show at The Monarch, Camden on January 20th. Their debut EP is due for release in 2017.