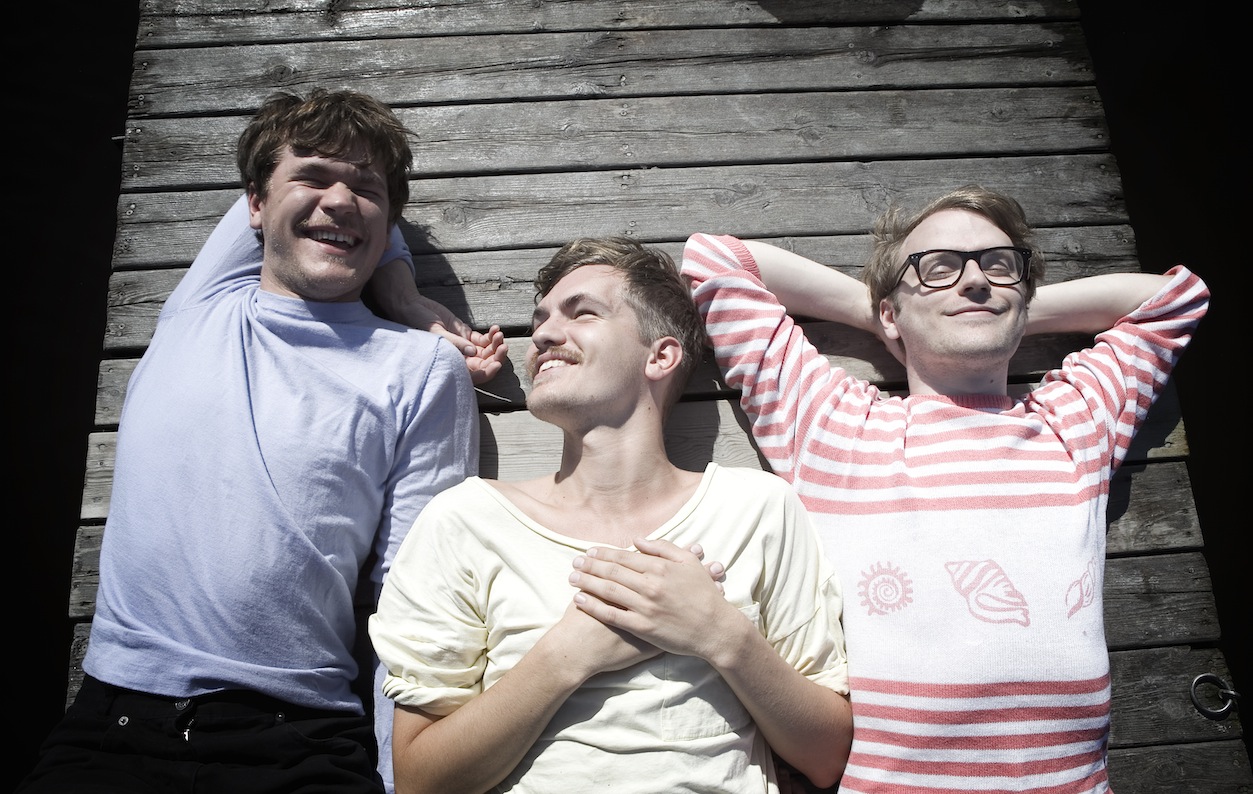 Ahh, 2014. The times that we’ve had. In this case, I’m talking in specifically musical terms, and about five albums that have pleased my ears in the last year. My criteria for what makes a beloved album has changed drastically with time: where the sign of an album’s awesomeness was formerly its ability to turn me into a gibbering fan-girl who’d risk a heart attack by throwing herself about on the dance floor when one of its tracks blared out of the DJ box, an album’s greatness is now measured in how many times I’ll flip the record over on the turntable in a single sitting, and whether or not it’ll keep me going as I cycle up one of Edinburgh’s many infernal hills.

So, in no particular order are the albums that I've particularly enjoyed this year.

This fabulous bunch of Swedes, led by Sebastian Arnström, released their third album this year — the long-awaited follow up to 2012’s fantastic Youth. Simian Ghost tread interesting ground: their music is pop with none of pop’s cloying simplicity, and indie with none of it’s tendency for introspection. What you end up with is an album of fantastic colours: awash with the fuzz of shoegaze, rich with fantastic vocal harmonies that have more than a shot of Brian Wilson’s solo work to them, and a great seam of musicality that takes the melodies off in directions that you least expect.

I’m still smarting from the fact that a mate of mine managed to get into one of Prince’s surprise London shows at the Electric Ballroom, but even my rampant envy is swept away by my delight in the fact that we were treated to two Prince albums this year. While it’s not quite a return to the brilliance that was evident in his earlier work — which is now a slightly eye-watering 30 years old — both albums, despite a lack of focus that makes a bit of musical rambling set in now and then, have enough cuts of the Prince we all love to keep any fan happy. And Art Official Age’s concept (in which ‘Mr. Nelson’ wakes up from suspended animation after 45 years), is irresistibly and completely batty.

The War On Drugs — Lost In The Dream.

The War On Drugs have been aurally irresistible ever since the release of 2008 debut Wagonwheel Blues, and I’m still having a hard time shifting Slave Ambient off the stereo. Lost In The Dream goes along with the ‘It it ain’t broke, don’t fix it’ mantra, with Adam Granduciel continuing to combine the sounds of the '80s and '70s into something delicious, but here refines it into something much more interesting, as the little nods to Bruce Springsteen and Tom Petty are lost in the more intriguing haze of the albums distinctive guitar-driven Americana shot through with Motorik rhythms.

Seven albums in, Caribou continues to do great things while remaining unconcerned with courting the mass market. Dan Snaith is a fascinating figure in his own right — a teetotaller who started out as a musician while completing his doctorate in pure mathematics at ICL — and his irresistable brand of electronica continues to delight the ears. What makes Caribou great is the fact that an assured grasp of what makes folk hit the dance floor is tempered with unexpected changes of mood and tempo that keeps things interesting and intriguing far beyond the record’s first spin.

Thirteen years — THIRTEEN years! — after the release of 2001’s sublime double LP Drukqs, Aphex Twin returned to a collective gasp of delight in 2014. And what a return it was, especially in confirming everything that’s great about Aphex Twin, the main thing being that Richard D James continues to make music that sounds like no-one else out there. Syro was a great album for long-time fans in that it still sounded unmistakeably and fantastically like Aphex Twin; sticking to the familiar sonic landscape and cheeky humour of previous albums, while throwing in plenty of musical curveballs. Marvellous. 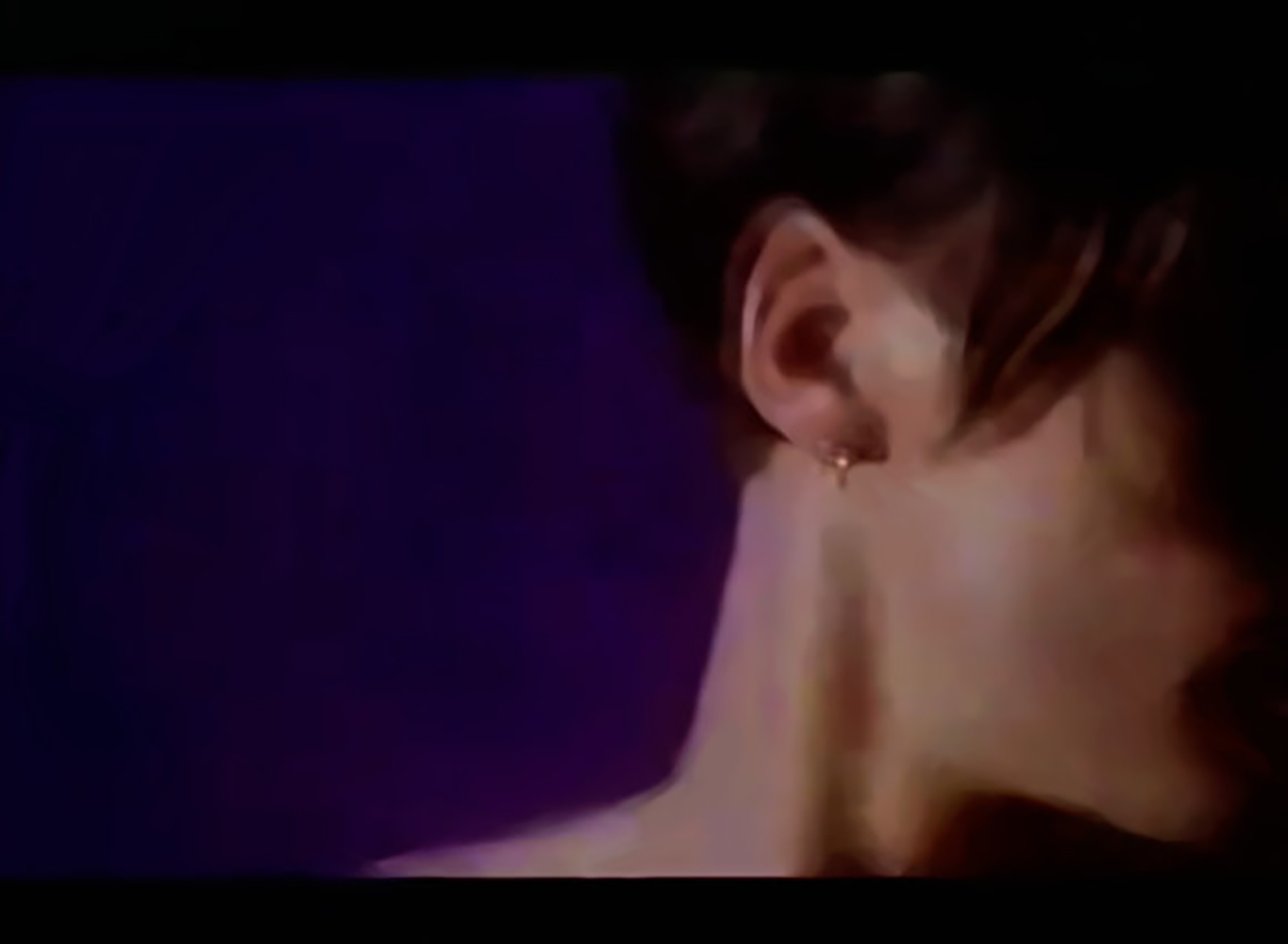 Looking for a cultural treat to act as antidote to the current frenzy of festive foraging? If you’re looking to escape from the crowds, anxieties about what to buy for a host of rarely seen relatives, and the general Christmas rush, then head along to The Strand Gallery for The Wild Ones: The Official Suede Exhibition. Helmed by multimedia artist Nick Berkeley, the exhibition is a medley of unique images of '90s Brit Pop icons Suede that have been mined from their now legendary Brixton Academy concert in May 1993.

The exhibition is made up of a collection of arresting images taken from Love & Poison, directed by WIZ, which was a filmed record of the gig. Working with this material, Nick isolated certain frames as the basis for his images, to which he applied his distinctive lush aesthetic: the images capture the dizzying burst of stage lights, a face turned from the microphone, Brett Anderson looking out over the crowd. There’s something incredibly tactile and evocative about the images, which make you feel that you’re part of the crowd, watching the band on-stage with that familiar rush of exhilaration that comes from seeing some of your favourite tracks brought to life. The exhibition’s photographic prints are signed by both the artist and band members Brett Anderson and Bernard Butler, and are a fitting tribute to a band who burst onto the UK music scene 20 years ago that continues to delight and inspire.

Suede: The Wild Ones | Nick Berkeley launches this Thursday (18th Decemder) at The Strand Gallery, London, and runs until the 4th January. The Strand Gallery is located at 32 John Adam Street (Tube: Charing Cross / Embankment), open between 11am and 6pm, and offers free admission. For more information, visit their website or call 0207 839 4942.