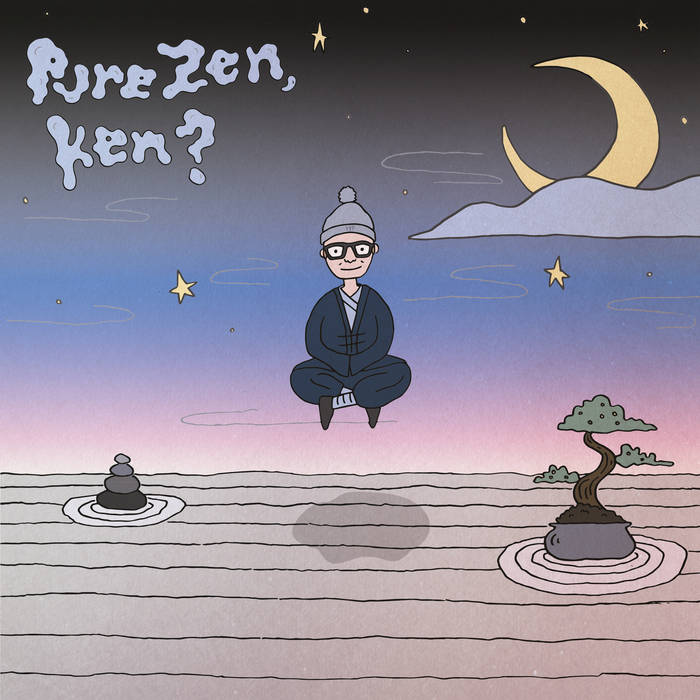 Yip Man is the nom de plume for Al Nero. Scotland-born but now living in China, his music has the greatest hallmark of the music of the Far East. That is, he ignores staid old notions of genre and fills his music with heavy guitars, horn sections, heartfelt lyrics and general nonsense wherever he feels it’s appropriate.   The man has an ear for a hook. The chorus of the title track will lodge in your brain before the song has even finished and it will remain there until ‘Funky Town’ or ‘Baby Shark’ dislodge it. The same could be said for ‘Trying Not To Get Caught Out’ and it’s “Scoo-ooh-ooh-bay”.

Nero is so un-self-conscious in his vocal delivery that it’s invigorating. At times he sounds like Billy Corgan and at others he’s more Steve Mason or Stephen Malkmus but it’s all delivered with an assurance and commitment that is enviably coherent. Every note is the right one for the moment it inhabits. Which sounds like the most basic idea behind popular music but if it were easy to do then everyone would be doing it. Yip Man is doing it and it sounds like he’s having a ball doing it. For further evidence of this, have a look at the videos for his recent singles. They combine performance and animation like Peter Gabriel’s collaboration with Aardman Studios.

Pure Zen, Ken? is Yip Man’s second album. The title is a memorably Scottish phrase but it doesn’t hold a candle to the naming of his debut. Braw Power is high on my list of favourite album puns. Weird Al would be proud of that one. The album is front loaded with great tunes and, just as it seems to be losing steam after ‘Aye Peckin’, ‘Here Comes The Feeling’ comes along with a Rivers Cuomo melody to match its Weezer-esque guitars.  The 23 second ‘You Matter’ ends proceedings. Like Abbey Road’s ‘Her Majesty’, it’s a short, jaunty palette cleanser that makes you wish it went on longer. But then the play button is always there, ready to be pressed again. Pure Zen, Ken? lives up to its name.