Brace yourself.  This next piece of advice isn’t for the faint of heart but if you’re willing to push the boat out on this one, go against popular opinion, and perhaps science/health and safety, you will not regret it.  You should immediately put bleach in your eyes, but don’t stop there, stuff your ears with it!  I would go so far as to say you should bathe yourself in bleach, if that’s a luxury that is available to you.  If you can still see the screen at this point and have made it to the ‘cautionary statement’* part of the review, we of course meant you should stuff your senses with Ellie Bleach.

Seated on a wobbly stool behind a set of keys, and in front of group of floppy haired man-boys in worn-out sneakers with equally worn-out trousers and shirts, is Ellie.  You wouldn’t know she was from London, by way of Essex, from her early release ‘Leave Me Alone’ in 2018, because she doesn’t sound English.  Since then, she’s perhaps not yet become a household name but has been popping up on the right underground radars (blows on nails, shining them on shirt).  A nettlesome Bleach looks out at us through ice blue eyes from the stage at the Old Blue Last.  Brown-slacked legs slide comfortably under the keys in well-worn loafers, the kind my Grandpa would always complain about losing.  Her set starts off with ‘Precious Feelings’ from her new EP No Elegant Way To Sell Out.

The gig is a mashup between a lounge act in casino residency clothing and somewhere along the lines of a cruise ship piano bar.  The music is easy to dip in and out of, great for a walk or a tube ride when you want to be left alone with your own thoughts where inevitably the lines blur between yours and hers.  Ellie is as effortlessly captivating as she is entertaining, following a well-rehearsed pace that is unhurried but with a confident stride.  Bleach’s seasoned crowd engagement and banter balances well with her music’s dark and playful affectation.  One moment she’s flirting with us, batting eyelashes over her shoulder, the next she’s talking about stabbing frat boys in Manhattan.  It’s all in jest, one hopes, however and secretly we believe we’ll never peel away all the layers to see what lies beneath, having to settle for seeing what we’re shown.

Lyrically, Ellie is as acidulous as she is expository, “your search is through/you’ve finally found a girl that’s smarter than you” from her last single ‘Big Strong Man’ sings the unspoken.  I’m particularly attracted to the unconventional approach to, or at times even sidestepping, a chorus.  The music’s not trying to hypnotize with repetition, she’s telling her story and we’re very interested in listening.  ‘Doing Really Well, Thanks’ closes out the set and is a great example of her signature style.  The contrast between the music, jaunty keys with Bleach’s bouncing legs beneath the keys coupled with fuzzy guitar and bass, marries up nicely to the lyrics, “I've done awful things for money, but you've all done worse for free”.  Not exactly accusatory but food for thought nonetheless.

The announcement of her aforementioned last track was met with a chorus of soft boos, myself included.  Could we be blamed for wanting more?  Ellie, adopting a mocked hurt tone, asks us not to boo her.  After her set, the only thing louder than the demands for more was a resounding “NO!” booming into the mic and over the crowd as attempts to coax and cajole an encore fall on deaf ears (probably literally).  “You’ll speak when spoken to” finishes the set; I’m chiding myself for only thinking of yelling out “yes, mistress!” in hindsight.  On our way to a frozen margarita nightcap, the glass sweating in our hands on a warm summer night we spoke about what we’d seen and heard. Summed up? Kooky vibes, quite cool though, seems like a normal person, maybe relatable is a better way to put it.  If you missed this show, throw a follow on the socials (@bleachellie) to catch the next gig.  Wish her a belated happy birthday while you’re at it too.

*Stuffing bleach into your eye and earholes may be injurious to your health (Marky-Ed.) 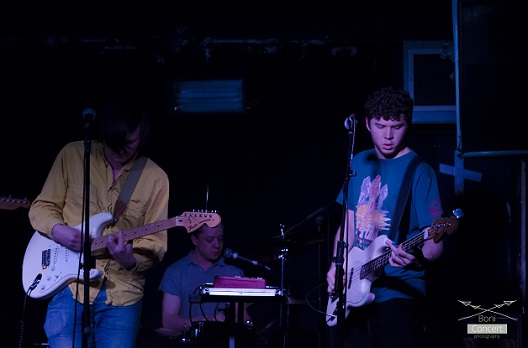 Brisbane's Nite Fields were at London's Old Blue Last a few days ago in the process of touring their Depersonalisation album. Boglarka Caup went along for Musos' Guide to record the live action.

Further shots from the gig can be found here and Depersonalisation can be accessed here. 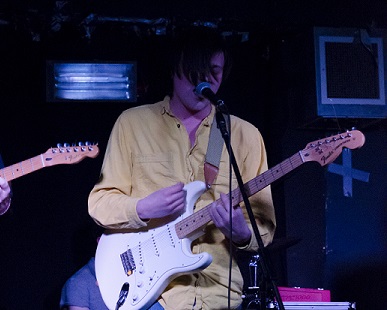 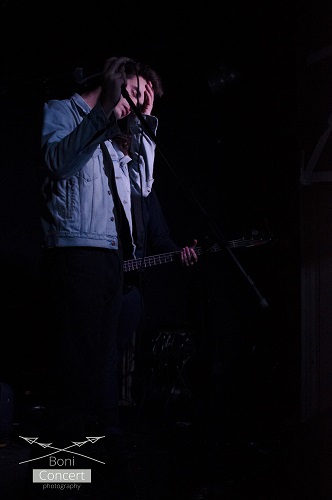 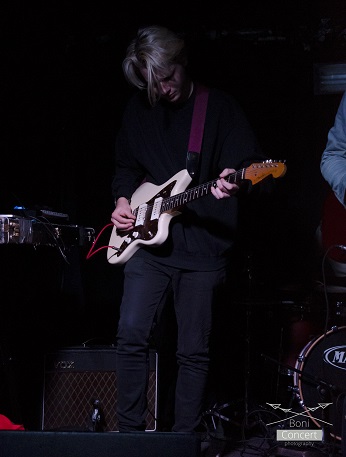 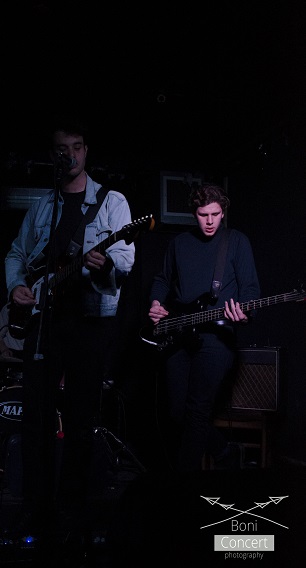