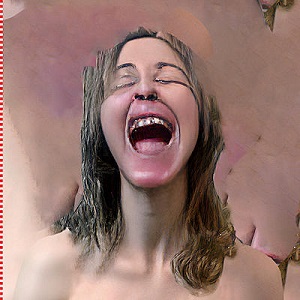 If you like to binge good TV shows, especially great TV shows, you know that it's faulty to start midway through a series.  It's quite morally reprehensible and in bad taste to just "jump into" Breaking Bad in the fourth season because you will be constantly questioning yourself, "how did it get so dark?"  Well, listen up chump, you made a dumb-dumb move and you have to calm your tits and start at the beginning when things weren't so bad.  And keep your eyes off your phone while the show is on, gosh darnit!

These were my immediate thoughts within the first minute of Poliça's latest single, ‘Rotting’, thanks to the distorted low ends and ominous synth lines.  Fusing the two as an introduction, sets the stage to the high tension-esque vibe that would envelop throughout the track until the electronic drums make their pitter-pattering entrance with Channy Leaneagh's undeniably, enthralling morose vocal performance.

Doubling her vocals, pitched down a couple octaves in a way that mimics a man's voice, enhances the song's eerie haunt that won't let you sleep.  Thankfully, I listened to ‘Rotting’ first thing in the morning - you know, to get myself jazzed for the day and luckily enough, I found it to be a suitable replacement for a coffee buzz.

Awake, yet bothered by the story lead-up to now, I delved back into Poliça's catalog to the earlier singles. Even though ‘Warrior Lord's overall synth-heavy-but-ethereal vibes overtook the track, its introduction foreshadowed the darker turn the band would use as a foundation for ‘Rotting’.

If you need a reference as to how dark Poliça's latest single is, I can't help but reference to the current status of our zeitgeist.  Their single from the early 2010's, now in retrospect, seem fitting for that time as compared to the early 2020's.

Other singles like ‘I Need $$’ and ‘Amongster’ may imbue subtle dark undertones, but Channy's vocal style still overcomes with essences of hope.  Perhaps we had more hope back then, definitely easier to obtain than now.  But fast forward to the present day and, as ‘Rotting’ is unleashed into the world, mirroring the depressing state of society's life, Channy's voice has Linda Blair'd to embrace the despair around us.

We have traveled from a rom-com indie flick to A Clockwork Orange/Blade Runner cinematic mashup way too fast.  It's fucking scary, but here we are.  Let this serve as a reminder and as a checkpoint to where we are now when we look back on our current struggles.  So, if you're tired of the repetitive minimalist, synthpop that surrounds us, unaware of social ills, please remember that ‘Rotting’ is fresh for the picking.