We like an urban festival here at Musos’ Guide so when a new one turns up practically on the doorstep it’s only fair to head West and see what’s going down. Freakender (the branchild of Fuzzkill records, Eyes Wide Open & El Rancho records)took over Glasgow’s The Old Hairdressers for two nights and a day & played host to 20+ international acts for barely noticeable ticket prices.

The overall organisation was spot-on and sound-wise you could only quibble about a couple of acts suffering less than clear vocals over the course of the event. Friday’s programming was possibly a bit unfortunate in that the melodic but also punchy at times Home Slice and the spiky afrobeat of Rapid Tan fired folk up but were followed by the slower paced The Pooches, Wedding and Spinning Coin thereby giving a bit of anti-climax (although that shouldn’t be read as comment on the latter acts’ actual performances, all of which were roundly and rightly applauded).

Saturday afternoon brought a 3pm start and the introduction of bands on the building’s ground floor. Mercifully the possible crowd congestion from folk moving en masse between the two performance spaces never seemed to materialise so it was possible to easily enjoy the propulsive Electric Gardens, Domiciles (think pre-disco Tame Impala), the jazz leanings of Lylo & the jazz fusion of Velvet Morning, Virgin Kids debuting a couple of new tracks, The Bellybuttons packing out the upstairs hall with Thee MVPs being similarly popular immediately after downstairs.

Fruit Tones brought a good dose of levity to the start of the latter part of the day whilst Feels were an absorbing example of music as scream therapy. Last on downstairs were the ever excellent Breakfast Muff, displaying it seemed a newer & more mature version of themselves. The Cosmic Dead crowned the whole thing off with a return home after 8 weeks of touring and theirs was the full-on, organised chaos and all round towering madness that you would expect from a band that remain one of the most exciting in the world today.

Confession time – due to tiredness and lack of ideas on how to fill the time (we know there’s plenty to do, just nowt appealed) until the Sunday night performances we bugged out early so apologies to the acts not covered here. We certainly though hope the event was a success as all involved can be deservedly proud of the results of their efforts & a return in 2017 is only just. 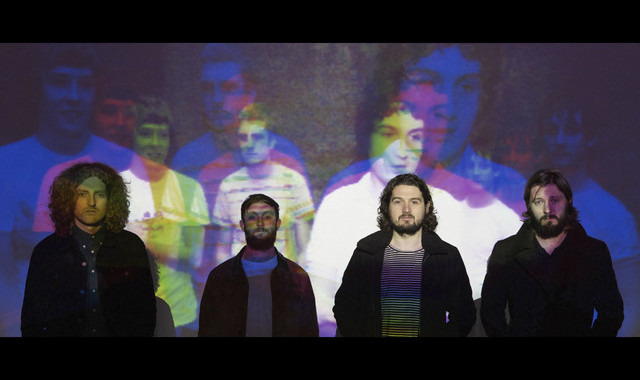 You can expect to see newly reformed indie rock icons Milburn who will headline alongside Crash Club, Be Charlotte, Tijuana Bibles, The Lapelles, The Van T’s, Domiciles, Barrie-James O’Neil, The Bar Dogs and GANGS.

Tenement Trail Festival Director Chae Houston commented: “This is our biggest event yet! We’re delighted to have Milburn headline this year’s event and with the addition of the iconic ABC 1 venue to this year’s venues, we’re sure it’s going to be a TT to remember!”

Tickets are now on sale via TicketWeb.